Ukraine and its economy have suffered hard times throughout more than a year of war, but recent weeks have proved truly trying, with the country besieged on all fronts. Can the rays of sunshine that emerged just a fortnight ago continue to pierce through the darkening gloom?

The ferocious rebel attack on the strategic town of Debaltseve – days after a new cease fire was signed – not only led to massive casualties but also grossly undermined the Minsk-II accord agreed to by all parties (with the ink still wet) and created a profound sense of uncertainty. The UN says the death toll has now reached about 6,000.

The Russian energy giant Gazprom again threatened to cut off gas supplies to Ukraine. The hryvnia, Ukraine’s currency, is trading at about half its value compared with a month ago and touched a record low of about 34 to the US dollar. And the hard-currency reserves of the National Bank of Ukraine are critically low: as of January, they totaled $6.4 billion – equivalent to little over a month of imports or just 15% of short-term debt, well below the recommendations of the International Monetary Fund.

And in a desperate move to stem the panic and tame spiraling inflation, the central bank yesterday sharply raised its benchmark refinancing rate by 10.5 percentage points to 30%.

The situation is grave – with the economy expected to contract 4.5% in 2015 following last year’s 7.5% decline and billions of dollars fleeing Ukraine.

The relatively small size of Ukraine’s economy ($130 billion) and low amount of external public debt ($28 billion) might make the stakes of its collapse appear negligible beyond its borders. Nothing could be further from the truth, and the repercussions go far beyond the economic.

The European Union gets almost 40% of its gas from Russia, and 80% of that flows through Ukraine. A disruption of this vital supply of energy would be all but certain if Ukraine were unable to pay its dues. The economic chaos would lead to political instability and unrest with grave consequences for its neighbors (including Poland to the West, Belarus to the north and Romania to the south), as desperate refugees flood across its borders. Ukraine gets more than 50% of its power from nuclear reactors, creating a significant risk that uranium and other materials could fall into the wrong hands.

Clearly it is crucial to keep Ukraine’s economy alive. Fortunately, there is still light at the end of the tunnel.

Let there be light

Presumably recognizing this importance, the IMF earlier last month agreed on a new package of loans via the IMF’s Extended Fund Facility (EFF), which provides long-term credit to troubled countries to finance reforms. When combined with loans from other sources, Ukraine is about to receive $40 billion over the next four years. Furthermore, the flow of new funds is front loaded: if the IMF’s Executive Board approves the EFF package for Ukraine, Ukraine will receive about $8 billion in early March.

Lawmakers in Kiev, in a rush to ensure there aren’t any snags receiving the money, yesterday adopted a package of austerity and reform measures necessary to unlock the IMF billions. And at least for now, after the Ukrainian military abandoned Debaltseve, the fighting has subsided. If the cease fire remains in effect, it would lift much of the immediate pressure on the hryvnia.

Is this going to be enough to help Ukraine balance its budget and pay its debts?

The upside to the currency’s downward spiral is that the deeply depreciated hryvnia radically improved Ukraine’s current account from a deficit of $11.5 billion over the first three quarters in 2013 to just $3.4 billion over the same period in 2014, a trend that should continue improving.

The chart below shows the schedule of Ukraine’s payments to foreign creditors. This year will be the toughest, with $9.7 billion of government and systemic debt —including a $3 billion loan from Russia — to cover. However, the new IMF loan is large enough to enable Ukraine to meet its needs in hard currency over the next few years. In addition, the IMF program will unlock more funding from other sources.

The planned injection of IMF funds helped turn around investor worries about Ukraine paying its bills, at least temporarily. After the fund announced the deal, the market perception of the probability of default fell almost by 50%.

But the situation remains precarious, particularly in the weeks following the IMF accord. That deal should help ensure Ukraine’s economy will be able to endure for some time to come, so why did investors turn against Ukraine and drive the hryvnia to a new record low in late February?

Escalating violence in eastern Ukraine caused waves of pessimism, even though the lifeline from the IMF will be available within weeks. The central bank didn’t have enough reserves to help prop up the hryvnia, making it vulnerable to this run.

The National Bank of Ukraine reacted by tightening exchange rate and capital controls to keep more money in the country. Strikingly, this policy was quietly approved by the IMF, which sharply contrasts with its usual recommendations of fiscal austerity and tight monetary policy to address imbalances, such as during the Asian crisis in the 1990s, a situation similar to Ukraine’s.

But given the circumstances, imposing such controls was the right move. This break in the IMF’s philosophy certainly gives vital breathing space for Ukraine as it seeks to rebuild its economy without experiencing a death spiral of self-defeating policies that hurt imperil growth.

The next few weeks and months are likely going to be critical – ensuring the reforms are passed and implemented, the IMF money begins to fill Ukraine’s coffers and, most importantly, the cease fire holds and peace talks begin. But if I were a betting man, my money would be on Ukraine to pull through and steer clear of the abyss. 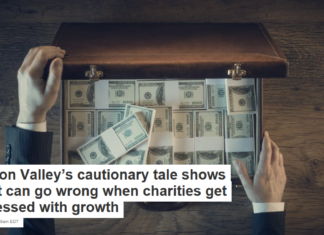