The Trump administration’s decision to withdraw from the Paris Agreement has invoked condemnation and consternation from many commentators, including many of the United States’ strongest allies.

While the withdrawal undoubtedly will impede efforts to reduce global greenhouse gas emissions – and very regrettably so – it may have a negative effect on another area of global climate negotiation: geoengineering.

Geoengineering, in the form of deflecting the sun’s energy, has been discussed as a technologically feasible, yet highly risky, near-term response to the rapid warming of the planet. The only reasonable, and indeed sane, way for the debate over the contentious question of geoengineering to proceed is in the context of inclusive, transparent, reasoned international cooperation – the same process that led to the Paris Agreement.

Yet the Trump withdrawal has weakened the very institution that could be the most viable nexus for such international cooperation.

What’s inside Paris accord

Mitigating the effects of climate change by lowering greenhouse gas levels is the primary focus of the Paris Agreement, which is built on voluntary commitments by each member state to lower greenhouse gas emissions. The Trump administration’s withdrawal – and more generally, its rejection of the Obama-era efforts to cut emissions via the Clean Power Plan – may lead other countries to back away from their commitments.

But climate change mitigation is only part of the needed global response to climate change in the coming decades. There also is a need for global cooperation with respect to both climate change adaptation and geoengineering. The agreement could foster such cooperation, but again, only if nations do not defect.

Like climate mitigation, the need to adapt to climate change is explicitly built into the Paris Agreement. The accord calls for the transfer of resources from wealthy countries to poor countries that will face the harshest effects from changes to the climate which are already baked in and by now are unavoidable. These funds are meant to strengthen the adaptive capacity of poor countries.

Weak adaptive capacity increases the chances that climate effects, such as epidemics, population displacements and political instability, will ultimately reach the borders of even the wealthiest nations. If other wealthy countries follow the Trump administration’s lead and back out of financial commitments, then the needed money for adaptation may never become available.

Geoengineering refers to large-scale technological efforts to alter the climate.

One such method, solar radiation management (SRM), involves the redirection of solar radiation back toward the sun and away from the Earth’s surface using sulfates or other microscopic particles released into the atmosphere. Another SRM method is to set up giant space mirrors.

The goal of the Paris Agreement is to keep the planet from warming more than 2 degrees Celsius (on average) over the preindustrial baseline, but the agreement also aspires to keep warming to no more than 1.5°C. These are ambitious goals, especially the 1.5°C goal, given that temperatures rose 0.85°C between 1880 and 2012.

Commentators question whether, even if all the major emitters in the world aggressively pursue mitigation, global temperature increase can be held to 2°C or anything like it. If these commentators are right, some use of SRM arguably could be needed to, in effect, “buy time” for the planet during the transition to a no-carbon economy.

A basic question, therefore, is: Will the debate about, research into and (if it ever happens) deployment of SRM be a matter of the “Wild West”? That is, will it be a matter of whatever a country or even non-state actor wants to do, perhaps even partially in secret? Or will it rather be a matter of considered, transparent, inclusive decision-making by the international community as a whole?

In my view, it is essential that the SRM debate take a cooperation-based path because the risks from SRM are so substantial. SRM perhaps could be effective in delaying warming effects at relatively modest out-of-pocket costs, but it could have devastating environmental consequences, including altering the weather patterns of a large part of the world.

Some potentially negative consequences cannot even be imagined at this point. SRM in theory could be weaponized and used by one nation-state to attack its enemies. Even the public discourse about SRM could be damaging. Research conducted by Kaitlin Rami, Alex Maki, Michael Vandenbergh and me suggests that overly optimistic depictions of SRM could cause public support for mitigation to plummet.

Some research into SRM and other forms of geoengineering may be sensible, but only if is done under the careful supervision of an international institution or consortium that draws on science and ethics and includes all voices in a deliberative manner.

The Paris Agreement does not explicitly address geoengineering, but it does create a template to regularly evaluate global climate risks and host ongoing negotiations and collaboration. Most notably, and for the first time in the climate change context, the Paris Agreement includes virtually all the nations of the world, including China and India.

Moreover, the agreement, while built on voluntary mitigation commitments at this point, mandates transparency in the form of national reporting. The agreement also explicitly calls for a consideration of issues of equity regarding the impacts of and responses to climate change.

And so while details are relatively few in the agreement, it represents an important first step toward governance not just for climate change mitigation, but also adaptation and potentially geoengineering.

Its generality and flexibility are its strength; as President Obama remarked, the Paris Agreement provides the “architecture” needed to address the overarching challenge of climate change. This could include the challenge of responsibly addressing the fraught question of geoengineering. Trump’s withdrawal is a step backwards. 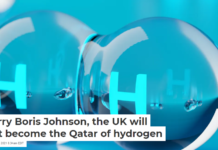 Sorry Boris Johnson, the UK will not become the Qatar of hydrogen 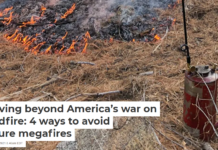 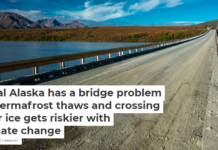 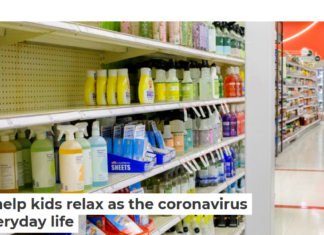