Concerns about violence and other forms of abuse in schools typically emphasize the safety of students. But teachers and other school staff also suffer acts of violence and abuse. A group of scholars on a task force organized by the American Psychological Association studying violence against teachers shine light on the extent and nature of this problem.

1. How common are violence and other forms of abuse against teachers?

In 2010, soon after we began to look at this issue, we administered a nationwide survey to assess the extent of violence perpetrated against the 3.6 million teachers in U.S. public schools. The roughly 3,000 teachers from 48 states who participated were comparable to the population of teachers in the United States. About 80% said they had personally experienced some form of violence or abuse within the current or past year.

But, according to the Centers for Disease Control and Prevention, in 2014, only 9% of U.S. teachers recounted being threatened with injury, and 5% said they were physically attacked in the current or prior year. We believe that the actual numbers could be much higher, as our research indicates, because teachers may fear that reporting these incidents could jeopardize their jobs.

The forms of violence and abuse teachers described varied greatly in our survey. For example, nearly 75% said they had been harassed at least once during the previous year, more than half experienced damage to their cars or other property and almost half experienced some type of physical attack. One teacher told us that “my keys have been stolen, my tires slashed, and my car was keyed,” while another described having “been hit, spit at, bitten, kicked, pushed, had things thrown at me, had someone try to stab me in my eye with a pencil.” Another said “I was threatened by a student at a school after I reported to the security officer that he was beating up another student. The officer did nothing and when the student saw me again he called me a rat and threatened me.”

Although students committed most of these violent acts, parents and even other school employees were responsible for some of these incidents. Among the teachers in our sample who had been victimized at least once, 37% said the parents of students were responsible and 21% relayed incidents by their own colleagues. Most of those incidents involved some type of harassment rather than physical attacks.

3. Where does this happen?

We asked the teachers who told us about being victimized to think about all of the times they experienced either violence or abuse at school and to describe the most upsetting incident. We found that high school teachers were more likely to say they were threatened than elementary school teachers. Indeed, threats expressed verbally are more frequent for teachers of older students compared with younger students. However, elementary school teachers were more likely to be subjected to physical abuse or even be assaulted than teachers who work at middle and high schools.

4. How do teachers respond?

Although you might expect that teachers would tell school administrators about all these incidents, 1 out of 5 of the teachers who told us about an incident said they never did that. What’s more, while the vast majority of teachers (87%) discussed the incident with another teacher, only 12% of the teachers spoke to a counselor or a mental health professional about the incident.

There are many reasons why teachers might not want to talk about these incidents. Some may feel embarrassed or worry about losing their jobs. Others may fear that they won’t be taken seriously. In one case, a teacher told us about seeing a student walking around in an unauthorized area. The school expelled the student, who had already been suspended several times for other serious infractions. At the end of the day, the student tracked down the teacher outside of a classroom and threatened the teacher, saying “I know where you live and I know your people. You better watch out.” The teacher then reported this incident to school administrators, but she was simply “laughed off by the administration.”

The administrators told the teacher that they felt the problem had been appropriately addressed, since they had expelled the student, and she would no longer be attending the school.

5. What’s next for your research?

Our task force is now studying how the way schools are managed and their overall cultures might actually be creating the conditions that lead to teacher assaults. We are also examining the relationship between safety issues in general and violence against educators. For example, we are looking into the cumulative effects of school shootings and lockdown drills and the impact of arming teachers. Although many teachers never personally experience violence, these incidents can be life-changing for those who do.

Rena Subotnik, director of the American Psychological Association’s Center for Psychology in the Schools and Education, contributed to this article. 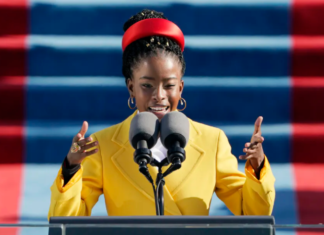 5 ways parents can motivate children at home during the pandemic...