Owning a family home in the suburbs has been a cornerstone of the American dream for many generations. But in 2008, when the United States’ housing bubble burst and a spate of mortgage foreclosures triggered the global financial crisis, that dream was vanquished, and such houses would instead become the sites of shattered lives.

In the aftermath of the crisis, hundreds of thousands of suburban homes were repossessed and sold at auction. With the market in shambles, prices were low. Tightened credit made it hard for individuals to buy – even for those whose credit was not destroyed by the crisis. Investors saw an opportunity, and began buying up houses.

Though house prices have recovered in many regions of the US, many of the people living in these homes are now renting – and their landlords are some of the biggest investment firms on Wall Street. Of course, small scale, mostly local investors have long owned and rented out individual houses. But it simply wasn’t feasible to manage large numbers of individual homes at a distance. As technology changed, it became much more practical for large corporations to manage individual homes spread across different regions.

With access to credit and funds unavailable to the average home buyer, large investors have been able to enter the landlord market in ways that have never been seen before. Blackstone – the world’s largest alternative investment firm – pioneered new rent-backed financial instruments in 2013, whereby rent checks are bundled up and sold as securities, similar to the way that mortgage payments are turned into financial products bought by investors.

Since 2010, the United States has seen a massive rise in the number of families renting the kind of single-family houses that have long been the desire of would-be homeowners chasing the American dream. While estimates vary, the inventory of single family homes being rented has grown by anywhere from three to seven million (35% to 67%) compared with pre-crisis levels. Single-family houses are now the most common form of rental property in the United States.

Overwhelmingly, the people living in these houses are families. Our ongoing research with Jake Wegmann of the University of Texas and Deirdre Pfeiffer of Arizona State University shows that almost half of Single Family Rented (SFR) households (49%) have at least one child under 18; a far greater percentage than rental properties with multiple units (roughly 25%) and owner-occupied homes (31%).

According to our own analysis of the American Community Survey, in 2015 an estimated 14.5m children in the United States lived in a rented single-family home. Demographically, single-family renters are more likely than owners to be people of colour, and to face moderate or severe housing cost burdens. The upshot of all this is that the 40m or so people living in SFR homes now form the basis of a new asset class of rental-backed securities.

Scaling up portfolios consisting of thousands or tens of thousands of rental homes has made it possible for Wall Street firms to roll out financial instruments suited to “a rentership society”. Securitisation allows big investors to borrow against the value of the properties, to buy more properties and pay off old debt, and acts as a loan that tenants pay back with their rent checks.

Wall Street is no stranger to the housing business in America. But their involvement as landlords of single-family homes is new, and so are the financial instruments they have developed. The impact of Wall Street’s new role is unclear. While rehabilitating houses and helping to stabilise home values in the hardest-hit markets, they may also be crowding out first-time buyers, creating a lopsided market that shuts out would-be owner-occupiers.

Some Wall Street landlords have been singled out for poor repairs, problems with billing and collections and lacklustre customer service. There is also growing concern about the fact that renters of single-family homes have little protection, even in cities with some form of rent control. A report from the Federal Reserve Bank of Atlanta found that large corporate owners of houses are more likely than smaller landlords to evict tenants; some filed eviction notices on up to a third of their renters in just one year.

Wall Street landlords are also making new political allies, hinting they intend to stick around. The largest single-family rental companies have banded together to form a trade group, the National Rental Home Council, which promotes large-scale, single-family rental housing and advocates for public policies friendly to their interests. And it seems to be working.

In an unprecedented move, just after President Trump’s inauguration, the government-backed mortgage agency, Fannie Mae, agreed to underwrite Blackstone’s initial public offering of Invitation Homes stock, to the tune of a billion dollars. Blackstone’s CEO is Steve Schwarzman, one of the president’s most loyal backers. And Thomas Barrack – the recently departed leader of Colony Starwood Homes, which is preparing to merge with Invitation Homes – is a longtime friend of the mogul-turned-president.

Meanwhile, another government-backed agency, Freddie Mac, has announced that it too was supporting investment in single-family rentals, but with a focus on financing for mid-size investors and with an explicit goal of maintaining rental affordability. Non-partisan organisations like the Urban Institute have also suggested that government-backed financing opportunities could help single-family rental serve as a new affordable housing strategy.

All of these developments suggest that the downward trend in home ownership after the financial crisis could be here to stay. And while there is nothing wrong with renting – just as there is nothing inherently good about owning – the changes we are seeing in the single-family rental market bear ongoing scrutiny, to ensure that Wall Street’s demand for profit does not once again wreak havoc on Main Street. 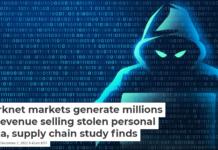 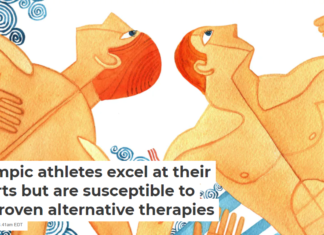