The deaths of black youth and men at the hands of police have sparked a nationwide conversation on discriminatory policing practices.

Media and the public often look to psychological explanations for discriminatory behavior, such as obvious prejudices and implicit biases.

However, in my view as a sociologist, policymakers and organizational leaders should focus less on the psychology of public servants and more on institutional culture.

From 2012 to 2015, I served as a volunteer firefighter in a busy suburban department to understand how fire service organizations recruit and retain volunteers. Through my research project, I wanted to learn why people risk their lives, spend time away from loved ones and forego paid employment to serve their community.

But I learned much more about how a strong institutional culture can suppress individual dispositions, including prejudice. Firefighting culture may provide a model for reforming law enforcement.

On the ground with firefighters

After completing the requisite training, I served as a volunteer firefighter for three years and interviewed 30 firefighters.

I spent my days training, eating and sleeping in the ﬁrehouse and responding to motor vehicle crashes, medical emergencies and ﬁres.

My ethnographic field notes are full of vulgar humor, “fire stories” about notable calls, and commentary on the public that reveal the explicit prejudices held by firefighters.

Many of the white, working-class male firefighters characterize minorities encountered on recent calls as “Speedy Gonzaleses” or other racist names. During downtime, a favorite pastime is to watch “Family Feud” and shout answers at the television that draw on racial stereotypes, like “watermelon” or “grape drink.” It would be unusual to hear one of the guys condemn a racist, classist or sexist joke.

But when the alarm sounds for a fire in a lower-income or majority-minority subdivision, the same firefighters who vociferously engage in prejudicial banter around the firehouse dash to the engine, demand exceptional firemanship from themselves and their peers, and risk their lives on scene.

The nature of the call, not the demographics of the neighborhood or the race of the victim, shaped the type and speed of the response.

So why do firefighters risk their lives for those whose heritage and culture they deride?

I believe that fire-service culture suppresses individual prejudice. This causes biased individuals to treat all members of the public equitably.

Sociologists contend that group culture shapes behavior in everyday life. Immersion in a strong organizational or group culture – such as a fraternity, church, sports team or police department – impacts how they act, especially when immersed in that social group.

The fire service is a close-knit brotherhood with a shared culture that generates solidarity. Firefighter culture is based upon masculine notions of emotional fortitude, physical strength, a high tolerance of risk, technical competence and a public service ethos.

The fire service’s culture of service is taught alongside a practical curriculum of raising ladders, packing hose and live fire training.

On the very first day of my fire academy class, the department’s chief opened his lecture with the declaration: “Risk a lot to save a lot. Risk a little to save a little. Risk nothing to save nothing. We’re all here to help people… but you need to have your priorities straight: life safety first, incident stabilization second, and property conservation last.”

Saving lives and helping those in need are shared virtues in the fire service. Firefighting culture extols selfless service to the community and excellence at performing fireground tasks.

The fire service also has its shortcomings. The firefighting brotherhood is overwhelmingly male and mostly white. Internally, sexism and racism are dysfunctions of a culture derived from traditional notions of masculinity.

I believe that cultural reform offers an additional approach to help first responders serve all members of the community in an equal, fair and respectful manner.

From this research, I see three ways that police departments could try to limit discrimination at the hands of first responders through cultural reform.

1. Departments should formally focus their mission and goals on the community.

Police and fire departments both have strong institutional cultures, yet there are differences in the missions and challenges of these emergency services organizations.

Police are tasked with enforcing the law, maintaining order and protecting people and their property. Fire departments are tasked with preventing, suppressing and investigating fires, as well as performing emergency medical services.

Changing the behavior of police may involve a conversation about what Americans ask their police to do.

A mission statement could provide a moral compass for a department, reflecting underlying values of service, respect, inclusion or community.

Promoting a clear vision of organizational values and helping staff to find meaning in a shared destiny are essential steps to changing institutional culture.

2. Departments can enforce standard operating guidelines that promote equitable treatment of the public.

The department where I completed my research mandates a 90-second turnout time to all calls, providing a formal mandate to achieve equitable responses. This sort of standard operating procedure can ensure that an officer’s bias does not consciously or unconsciously impact their behavior.

A minimum crew of two firefighters is required to respond to all incidents. Conversely, many police operate independently, in an effort to increase efficiency or due to officer shortages. Operating in one-man patrols may allow one’s personal biases to impact their occupational performance.

Requiring peer accountability through minimum crews of two could compel officers to act in a manner that aligns with the institutional culture of the department. This can produce equitable treatment of all community members, if public service is a pillar of departmental culture.

3. Departments can increase community ties, with the goal of eliminating an “us versus them” orientation toward the community members they serve.

Police can engage community members, even if this involves an uphill effort to overcome a history of distrust.

This story has been updated to correct the list of shooting victims in the introduction. 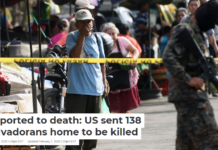 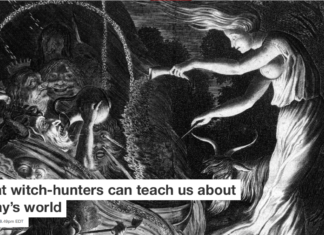 Could leading anti-malarial be used as an experimental treatment for bowel...

We’re living in the bizarre world that Flaubert envisioned