By James Hayton, University of Warwick

Facebook and Apple have come under fire since it was revealed that their female employees are offered financial help for egg-freezing fertility treatment. But the offer is part of a slew of medical and other perks that technology companies use to secure the best talent in the industry. How employees will react to the offer depends entirely on the context of which it forms a part.

Of all industries, the technology sector suffers particularly severely from a gender imbalance. Women make up 57% of the US workforce in professional and related occupations, but only 26% of professionals in the computer and information field according to the US Bureau of Labor Statistics.

It is in recognition of this that Facebook and Google will now pay up to US$20,000 to cover the costs for their female employees to have their eggs frozen, should they choose this fairly extreme option of balancing their career and family aspirations. Facebook reportedly rolled out the benefit in January, partly in response to requests from employees.

It is not really a surprise that these new perks have received a frosty reception from many commentators. It has been variously described as “sinister”, “benevolent sexism”, or a “perk too far”. But, despite some suggesting that it is “ridiculous” to pay to have eggs frozen, many women do appear to be interested in putting their fertility on ice.

There is no question that the benefits a company offers can send a very strong signal about its values and priorities. When benefits signal that the company values its employees, they are more likely to feel supported and less likely to leave. But is this offer, as some have suggested, a cynical attempt by Facebook and Apple to stop their female employees from leaving the workplace, or is it simply a marker of their desire to keep top talent?

These benefits must be viewed as a whole – and the way employees themselves will view this offer will depend on the context of all the other perks given. For example, a positive interpretation of the offer of egg freezing is more likely when it is found alongside a range of options from which women may choose, such as paid parental leave (which Facebook and Apple also offer). So, freezing eggs represents an option for women having to manage the difficult trade-off between continuing to invest time in their careers and having children.

It is also very important how these companies communicate this benefit. The rationale that this benefit offers one way to level the playing field for women by allowing them to work longer, make more money and be at a higher pay grade before they have children works on one level.

But the evidence suggests that the pay differential between men and women (which, in the US, is 60-80% depending on the industry) cannot be completely explained by the difference in working time between women and men with children. It is essential that any firm using this rationale be very careful that it has pay equity between male and female employees.

Couching a benefit of this nature in purely financial terms is also risky for an employer trying to attract the best talent. They would be better off framing these kinds of perks as supporting the opportunities women have to balance their career aspirations with their family lives.

There is no denying there is a potential financial return to these companies from attracting and retaining a higher proportion of the available talent. But focusing on the non-economic aspects would probably be more relevant to many of the women that these policies are targeted at: talented, ambitious and intrinsically motivated. Emphasising economic issues actually undermines the positive aspects of the message.

In a competitive labour market, many of the women who are the intended beneficiaries have plenty of employment options. And the offer of egg freezing appears to be about providing options rather than constraining female employees. These are highly educated, talented professionals who are not likely to feel constrained by this additional benefit – at least any more so than the they may already feel.

Egg freezing is one of a range of benefits that technology companies in particular have used, but that are popular across a range of sectors where there is fierce competition for talent. These benefits include everyday help such as free meals, home cleaning, concierge and laundry services. These are all intended to assist employees in managing the demands of their home life, while spending as much time as possible at work or working.

Facebook et al have started taking this further by offering perks to specifically enhance their attractiveness to women, including maternity leave on attractive terms and funding for fertility treatment. In an industry that is 75% male and pervasively masculine in culture, this should be welcomed.

Egg freezing was never presented as a panacea for helping female employees balance their career demands with those of bringing up children. It is one option among many. Nor did Facebook and Apple invent this technology. They have only offered to pay for it as an additional benefit to a plethora of existing incentives to attract and keep the best talent.

James Hayton does not work for, consult to, own shares in or receive funding from any company or organisation that would benefit from this article, and has no relevant affiliations. 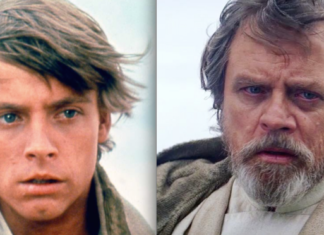 The secret behind the success of the new ‘Star Wars’ films

Staff Writer - December 12, 2017
Subimal Chatterjee, Binghamton University, State University of New York In the 40 years since the original “Star Wars” film premiered, the franchise has been a...

When will there be a coronavirus vaccine? 5 questions answered

MDMA may help treat PTSD – but beware of claims that...