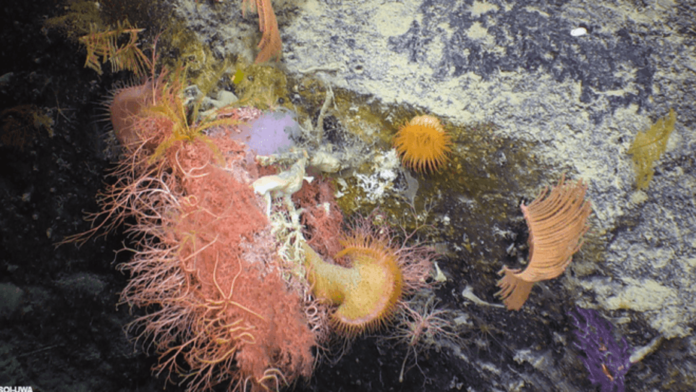 After going unexplored for centuries, one of Australia’s biggest marine features is finally giving up its secrets. The Perth Canyon, roughly the length of the Grand Canyon, twice as deep and reaching depths of 4000 metres below the waves, is just 20 kilometres west of Rottnest Island, yet it has never been properly surveyed – until now.

Despite being so close to Perth and Fremantle, little is known about life in this abyss. But an ocean expedition currently exploring the canyon is aiming to change that.

Well fathomed, but a mystery

Submarine canyons are global biodiversity hotspots with high biomass and biological productivity – and the 220km-long Perth Canyon is no exception. From the canyon’s head, in waters just 50m deep, to where its mouth opens out onto the abyssal plain 4000m down, it is thought that many species cling to its 70-degree sloping walls.

The canyon, an extension of the Swan River system, was formed over tens of millions of years. It is the main biodiversity hotspot between Ningaloo Reef and Kangaroo Island, and marks the southern boundary for many tropical species groups. Deep ocean currents upwelling in the canyon create a cold-water, nutrient-rich oasis under the warm waters of the Leeuwin current, attracting blue whales and other large animals that migrate to the canyon seasonally to feed.

The Australian government has proposed that the canyon be declared a marine park.

A team of scientists from the University of Western Australia, together with researchers from the Western Australian Museum, CSIRO and the Institute of Marine Sciences in Italy, are spending 12 days investigating the Perth Canyon on board the R/V Falkor, a research vessel run by the Schmidt Ocean Institute.

Using state-of-the-art mapping systems and a remotely operated vehicle to examine the life in the canyon, the cruise’s main goal is to examine and collect a variety of marine organisms that are living at great depths, particularly deep-sea corals. These corals, like their shallow-water counterparts, form reef structures that create local biodiversity hotspots by attracting a range of other animals.

The expedition has already discovered an exciting deep-sea community within the canyon. The photos below show that we have glimpsed communities that survive in total darkness on the hard rock of the canyon’s walls, 1600m below the surface – the first time that the canyon’s deep-sea dwellers have been filmed.

Putting species on the map

The cruise has been improving the mapping of the canyon’s physical features using multi-beam echo-sounders aboard the R/V Falkor. We have completed more than 1,000km of survey lines, covering 4,375 square kilometres. It is truly a huge valley – the maximum water depth recorded in the canyon was 4,376m.

The data revealed the stunning nature of the undersea terrain, with vertical cliff faces of up to 600m and gorges and valleys matching the scenery found in the world’s most celebrated land-based canyons. These different landforms provide a wide array of habitats, from rocky cliff faces and outcrops, to muddy seafloor, to the dark water column, where there is little or no sign of light from above nor of the seafloor below.

At the canyon’s western, deeper end, the northern wall is much more rugged than the southern wall, with several semicircular features showing evidence of landslides. As the chart above shows, the dog-leg section of the canyon also features a very narrow gorge.

Add to this the fact that the canyon’s waters are nutrient-rich, having originated from the Antarctic region, and there is a rich, varied selection of habitats in the canyon’s inky depths. Clearly this is a place with a lot of secrets still to yield.

You can watch a live stream of footage from R/V Falkor’s remote submersible vehicles here until March 12. 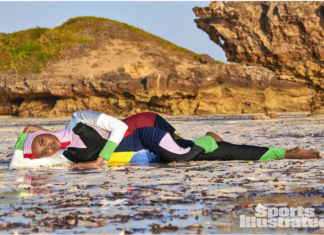