Suddenly, popular media is saturated with stories of powerful men outed by women for behavior in the workplace. These alleged harassers seem to assume that power in the workplace grants them sexual access to anyone.

In medieval Europe, most people assumed the same thing, although they didn’t call it “harassment.”

As a historian of gender in the European Middle Ages, I am all too familiar with well-documented cases of sexual harassment, abuse and rape. Such behavior was not considered unlawful or wrong in the medieval period unless one powerful man harassed a woman who belonged to another powerful man.

One famous 12th-century saga involved a young philosopher, Abelard, and his teenage student Héloise. The story has many similarities with news of modern-day aggressors, with one major exception: None of today’s harassers has suffered medieval punishment.

The case of Abelard and Héloise

In 1115, Abelard was the star of the budding university scene in medieval Paris. Famous for his quick mind and infallible memory, Abelard supposedly never lost an argument. One day he encountered Héloise, who also studied classics and philosophy (rare for a medieval girl). Abelard later wrote of that first glance, “In looks she did not rank lowest while in the extent of her learning she stood supreme.”

Knowing himself to be handsome and brilliant, Abelard stalked the girl and persuaded her uncle, Fulbert, a church official and Héloise’s guardian, to hire him as her personal tutor. Fulbert was delighted to employ the famous Abelard. Fulbert gave Abelard room and board, so that he might tutor Héloise day and night.

Abelard taught Héloise more than philosophy. “My hands strayed oftener to her bosom than to the pages,” he admitted. “To avert suspicion I sometimes struck her.” Eventually, as he wrote, their “desires left no stage of lovemaking untried, and if love devised something new, we welcomed it.”
The affair became the subject of student ballads sung in the streets of Paris.

The wages of sin

Abelard was alarmed at the gossip and sent Héloise off to her old convent school outside of town. Their affair remained torrid, though, and he visited when he could. They once had sex in a corner of the refectory where nuns took their meals.

Their troubles became worse when Héloise became pregnant. Abelard sent her away – this time to his sister in Brittany, where Héloise gave birth to their son Astrolabe, whom she left behind when returning to Paris.

When Uncle Fulbert learned of Astrolabe’s birth he “went almost out of his mind,” as Abelard put it, even though Abelard reminded him that “since the beginning of the human race women had brought the noblest men to ruin.” Eventually, to appease Fulbert, Abelard agreed to marry Héloise, but only if Fulbert would keep it secret. Héloise objected but submitted.

As things were, the stalking and beating of Héloise posed no danger to Abelard’s reputation nor did fathering an illegitimate son. News of a marriage, though, would ruin him – for only celibate churchmen could find permanent employment as teachers.

Fulbert, however, spread word of the marriage. Héloise and her uncle argued fiercely until Abelard once more hid Héloise in a convent. Against her wishes, he made her wear nun’s clothing.

Uncle Fulbert believed that Abelard had abandoned Héloise. One terrible night, Abelard awoke to find himself under attack by a gang of ruffians who took shocking vengeance for Fulbert. As Abelard put it starkly, “They cut off the parts of my body whereby I had committed the wrong of which they complained.”

A eunuch, like a married man, was barred from high church offices and teaching positions. Abélard became a monk and Héloise an unwilling nun.

We know this sad story from Abelard’s “History of My Troubles” (“Historia Calamitatum”) written about 15 years after his marriage to Héloise. By then, she had become an abbess in charge of a small community of nuns at The Paraclete – a monastery founded by Abelard and named after one of his famous philosophical arguments. The two began to exchange letters in the 1130s. Héloise had never been happy in the convent. She wrote to her husband:

“The pleasures of lovers which we have shared have been too sweet … wherever I turn they are always there before my eyes, bringing with them awakened longings and fantasies which will not even let me sleep.”

Abelard suggested that she give all her love to Christ instead. He sent her handy tips for running a monastery. He refused to visit, though.

“My agony is less for the mutilation of my body than for the damage to my reputation.”

His career was paramount; her grief, less so. “His” reputation, “his” calamity. What about “hers”?

Something about the history of Abelard and Héloise endured the centuries until 18th- and 19th-century intellectuals embraced the tale of these star-crossed lovers. Several poets and artists depicted Héloise unhappily entering the convent or dreaming of lost love. Parisians erected an ornate monument to the couple in the cemetery of Père-Lachaise, where today’s lovers still leave fresh roses.

However, despite the discovery of more letters exchanged between Abelard and Héloise, today’s medievalist scholars tend to accept Abelard’s version of the relationship – that Héloise was complicit.

Abelard said Héloise loved him. But did the teenage girl actually consent to sex with the teacher who beat her? Did she agree to have the child? Did she prefer “love to wedlock and freedom to chains,” as Abelard claimed?

We know from her letters to him that she resisted the convent.

“Of all the wretched women, I am the most wretched,” Héloise complained, long after the affair.

No one has labeled Abelard a rapist, the seducer of a minor or a sexual harasser. His philosophical works remain crucial to the history of Christian theology and philosophy. Héloise is celebrated mostly for being a female intellectual in a period when there were few.

Such historical “romances” still play out in gender relations today, particularly in the university. A recent survey of graduate students and professors, for example, revealed the extent to which male professors prey on young minds and bodies under their guidance.

And, like Héloise, many such victims still find it hard to voice resistance, although they no longer cower in the cloister. Instead of writing letters to their harassers or singing ballads in the streets, they reveal their secrets in digital media – too often anonymously.

“Plus ça change,” or “the more it changes, the more it’s the same thing,” as Abelard might say. One thing we have learned since the Middle Ages is that sexual harassment is a destructive crime, no matter how romantic the backstory. 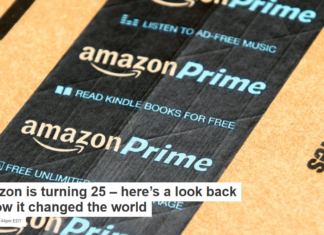 How the needs of monks and empire builders helped mold the...