Mother’s Day is a happy day for millions, but for those who have experienced a miscarriage, the day can be devastating. As many as one in four recognized pregnancies result in miscarriage.

Pregnancy loss can be mentally and physically taxing. Women often have feelings of sadness, anger, isolation and guilt. Often, women blame themselves for the loss, which may lead to feelings of hopelessness and depression.

I am a fellow in maternal-fetal medicine, and I have seen firsthand the emotional upheaval that many women experience after miscarriage. Caregivers and loved ones can help by understanding a woman’s feelings and helping her know that this loss was not her fault. I know that having honest dialogue about the incidence and cause of early pregnancy loss may foster a community of support and make the topic of pregnancy loss less taboo.

Why it’s not the woman’s fault

About 15% to 25% of all clinically recognized pregnancies result in pregnancy loss. Some miscarriages occur before a woman is aware, thus accounting for the wide variation in the incidence of pregnancy loss.

About 80% of all pregnancy losses occur within the first trimester and are often caused by having missing or extra chromosomes, called aneuploidy. Sporadic errors during chromosomal division and duplication cause aneuploidy. Many of the abnormal chromosomes are incompatible with life and result in miscarriage. These genetic errors are considered sporadic because they’re due to chance and weren’t passed down as an inheritable trait from the parents.

When an extra chromosome occurs, the result is called trisomy. The most common chromosomal abnormality found in first trimester loss is trisomy 16. The term trisomy 16 indicates that there are three copies of chromosome 16, instead of the normal two copies of the chromosome. This almost always results in pregnancy loss.

What doctors know about pregnancy loss

The cause of pregnancy loss is often beyond a woman’s control. It can be related to genetics, abnormalities in the uterus, autoimmunity, infections and metabolic disorders. Lifestyle choices, such as avoiding tobacco and drugs, are a few of the things that can lower the risk of miscarriage.

Miscarriages caused by uterine abnormalities happen most often in the second trimester. Something called a septate uterus is the most common of the malformations, occurring when a fibrous or muscular membrane, or septum, develops inside of the uterus and divides it. This typically happened when the woman herself was a developing fetus in her own mother’s womb. Unless it has been diagnosed by a doctor, a woman would not even know she has this condition.

Septate uterus can be surgically corrected and improve pregnancy outcomes, but there are no known surgical corrective options for other types of abnormalities.

A clotting disorder known an antiphospholipid syndrome also is associated with pregnancy loss. This condition causes the placenta to develop and implant abnormally. About 5% to 20% of patients with recurrent pregnancy loss will be positive for antiphospholipid antibodies, but women are not routinely screened for this condition. If a women has a history of recurrent pregnancy loss, however, she and her physician should consider testing for this syndrome. Treatment with low-dose aspirin and heparin has been shown to improve live-born rate.

Women can and should do everything they can to take good care of themselves, pregnant or not. When pregnant, however, it is especially important to manage chronic diseases such as diabetes. Also, doctors who treat pregnant women who smoke, drink alcohol or use other drugs can and should help them get treatment to help them stop. Ceasing the use of tobacco, alcohol and other substances has been associated with a decreased risk of miscarriage. https://www.youtube.com/embed/Zeub1U8Ah14?wmode=transparent&start=0 Chrissy Tiegen talks about the sadness she experienced after miscarriage.

There is often a grief response associated with pregnancy loss. The psychological burden of miscarriage may negatively affect a couple’s relationship. Increased awareness and sensitivity to the issues associated with pregnancy loss are essential to eliminating the stigma some women experience. And, many women feel guilty when they experience a miscarriage, which may compound the grief.

Having more open dialogue regarding pregnancy loss may reveal just how common miscarriage is. Fostering a community of support is important in helping women move through this difficult process. During this Mother’s Day celebration, let us celebrate mothers with living children and honor those who have had the unfortunate experience of pregnancy loss. 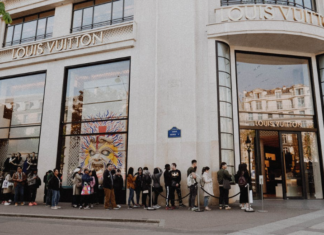 Flappy Bird and the eight secrets to optimal gameplay

Rich American seniors are getting healthier, leaving the poor behind