Signs of its decline are everywhere, from stagnant incomes and falling wealth to soaring household debt and the rise of populist politicians promising a return to the “glory days.”

While there is near universal agreement that a thriving middle class is essential to long-term economic prosperity, we’re deeply divided about what builds it. Conservatives, such as those in the White House and in control of Congress, contend that lower taxes are a key ingredient. Liberals argue it comes down to government policies that give low earners a leg up and support those already in the middle.

My own research on trends in the U.S. and eight other developed countries looks at what conditions create more middle-income households. If President Donald Trump really wants to help the working class voters who elected him, he should look to what other developed nations have been doing to sustain a large middle class.

His current proposals, I believe, will simply accelerate its erosion in the United States.

Americans are telling pollsters that it is becoming harder to attain middle-class status, with barely half identifying themselves as part of that group. That’s down from 63 percent as recently as pre-crisis 2008.

For my own research, I sought a more precise measure, one that shows who is middle-class, the group’s size and how it’s changed over time. I also wanted a gauge that would facilitate comparisons with other developed nations.

So what does it mean to be middle-class? It’s not an easy question to answer.

I started with the Luxembourg Income Study (LIS) database, which contains harmonized income data on 50 countries over five decades. Unfortunately, LIS data are not available for every country for every year, and the latest years available are 2010 or 2013. Still it offers the best data available for this sort of calculation.

To determine a range of incomes necessary for a typical family to afford a middle-class lifestyle, I relied on methodology developed by Mollie Orshansky in the early 1960s to measure poverty and consulted several studies and surveys on how much income is necessary to be middle-class. Details can be found here.

My computations show that just half of U.S. households in 2013 were middle-class, down from almost 60 percent in 1980. The decline was fairly continuous, the only exception being the late 1990s, when a booming economy increased the size of the U.S. middle class slightly.

Every other developed country I examined has a larger middle class, ranging from 57 percent (Canada and the U.K.) to more than 65 percent (Sweden, France and Norway). While in some cases, the middle class did fall since the 1980s, as it did in the U.S., nowhere was the decline nearly as severe. And in France, it actually expanded over this period.

So what are these other countries doing differently to support a stronger middle class?

Before I get to my own inferences, let’s examine two common explanations cited for the dwindling middle class as well as the rise in inequality: robots and trade.

The argument, simply put, is that technology and automation are eliminating middle-class jobs at the same time that increased trade is shipping the rest to developing countries. While there is some truth to these explanations, they are unsatisfactory because they don’t explain the very different outcomes in the various developed countries in my data set.

If technological innovation and increased free trade were the primary culprits, the data across all these countries would look a lot more similar because all the countries I examined were affected by these two forces. Yet my data clearly show that only the U.S. middle class has declined dramatically and continuously since the 1980s.

Diverse national results indicate that the size of the middle class is not about global forces or free markets. Rather, it is more about institutional forces and government policy.

One key lesson from my data is that countries with higher taxes are more likely to have a larger middle class.

Reducing marginal tax rates in the U.S. hasn’t eased or ended the decline of the middle class (particularly since the greatest benefits accrue to the richest households). Taxes were cut by President Ronald Reagan during the 1980s and by President George W. Bush in the 2000s, yet the middle class steadily shrank.

Past experience suggests that tax cuts like the ones that Trump and the GOP are proposing right now may provide great benefits to the very wealthy but do little to help middle-class households. Rather, the loss of government tax revenues would increase pressures to cut programs that actually aid the middle class – as we saw in the White House’s “skinny budget” for 2018 spending.

Nations that collect more in taxes have a more vibrant middle class because the revenues enable the country to provide more generous government programs that aid low- and middle-income families, such as health care, unemployment benefits, a world-class public education system, retirement support and family-friendly programs like paid parental leave.

What the US can do

The good news is that we don’t need to reinvent the wheel. Examples abound of successful national efforts to rebuild and sustain America’s middle class.

For example, two important policies missing in the U.S. at the national level (and available in almost every other developed country) are child allowances and paid parental leave, which on their own could significantly boost the middle class. Child allowances are fixed payments made to families each month to help them support and raise their children. Paid leave replaces lost wages around the birth of a child.

According to my estimates, these policies alone can increase the size of the middle class for families with children in developed nations by around 10 percentage points.

Their impact in the U.K., for example, has been particularly glaring. During the Margaret Thatcher years (the 1980s), these programs were cut sharply,
and the country’s middle class plummeted from 60 percent in 1979 – when she became prime minister – to a low of 52 percent in 1994. Her successor, Tony Blair, revived and strengthened these programs and developed other family-friendly policies. By 2010, the U.K. middle class rose to nearly 57 percent.

It’s pretty clear what can save the middle class. All we need is the will to do it. 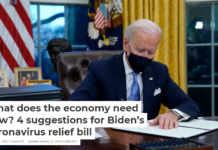 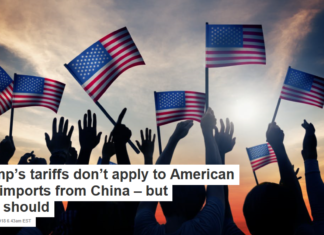