Google has been dragged over the coals by the European Union’s competition watchdog, culminating in the European Commission formally charging Google with abusing the dominant position of its Android mobile phone operating system, having launched an investigation in April 2015.

Powerful firms are prohibited from engaging in anti-competitive behaviour under Article 102 of the Treaty on the Functioning of the European Union, or TFEU. European law calls this an abuse of dominant position, but really it can be seen simply as bullying. The EU courts have long recognised that dominant firms have “a special responsibility not to allow [their] conduct to impair genuine undistorted competition”.

To violate EU competition law a firm must be dominant in a particular market – just having a large market share indicates dominance, but isn’t sufficient. Other factors need to be studied, such as barriers to market entry and exit, or switching costs. A market that is easy to enter despite one firm having a large share of it may still be contestable by newcomers.

The conduct of firms with dominant positions is subject to particular scrutiny for evidence of abusive conduct, such as that aimed at eliminating actual or potential competitors or exploiting consumers. If any abusive behaviour is found, the European Commission has the power to demand changes to contracts and impose fines of up to 10% of the firm’s annual turnover. In the case of Google, this would be an eye-watering US$7 billion, based on its 2015 revenues. Any such sanctions are subject to review by the EU courts.

What are the allegations?

It’s important to understand that Android is essentially composed of two parts. The first is the open source operating system core, which everyone can use, alter, change, repackage and re-release as their own. The other is proprietary, which is closed source and belongs to Google, which keeps it to itself. This means that a firm manufacturing mobile phones must buy a licence from Google to use the proprietary part of Android, even though the rest of it is open source and free.

Google, the commission argues, violated EU rules by requiring manufacturers to pre-install Google Search and its Chrome browser and obliging them to make Google Search a default search service as a condition of being granted a license for Google’s proprietary apps, particularly the Play Store app which is the key marketplace for Android-compatible apps.

Google also prevents manufacturers from selling devices running on any non-standard variations of the Android operating system (known as “forks”) – and offers financial incentives to manufacturers and mobile phone networks if they exclusively pre-install Google Search on their devices.

This behaviour has an essentially foreclosing effect – it makes it difficult for other firms to compete with Google, and reinforces Google’s dominance in general search – its most profitable business area. It may also harm consumers by denying them access to devices run on competing Android forks, thereby stifling innovation.

These are serious charges. They resemble similar anti-competitive charges brought against Microsoft 20 years ago for bundling a media player and web browser with its Windows operating system. One difference lies in the fact that Microsoft built its products into each other, technologically, whereas Google bound them together contractually.

However, manufacturers can use the open source Android, but they cannot pre-install the proprietary Google apps, including the Play Store, which as the main Android app marketplace is seen as critical. There are other app stores available for Android, for example Amazon Appstore, but none has a comparable library of apps. What’s more, Google’s approach is all-or-nothing: installing the Play Store means installing all the other Google apps in the bundle, such as Google Search, the Chrome browser, or Gmail app. The effect is that Google’s own apps are given unparalleled presence and visibility, leveraging and strengthening Google’s dominant position.

In its first response, Google underlined the voluntary character of the agreements and the open source nature of Android. It argued that Android was designed “in a way that’s good for competition and for consumers”.

Google has 12 weeks to formally respond and show that any such restrictions are legitimate. Some, particularly in the US, argue that the European Commission is obsessed with scrutinising US tech firms. But the US Federal Trade Commission recently opened a similar investigation, so it is not, as some have suggested, anti-US sentiment. But with differences between EU and US law, where US law tends to be more lenient with larger firms, it’s not clear that the two bodies will come to the same conclusions. 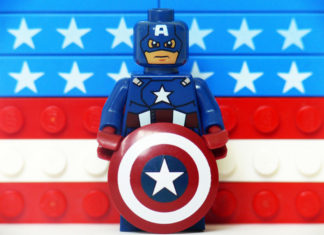 Staff Writer - October 20, 2014
By Baden Eunson, Monash University From time to time, Australians complain about the apparent encroachment of Americanisms in our language, and the Brits seem none...