This opens the door for a crackdown in the nine states with legal recreational marijuana.

The Cole memo is one of two documents that prevent the U.S. Justice Department from treating marijuana as a Schedule I drug, defined as a substance with no accepted medical treatment and high potential for abuse. The other is the 2014 Rohrabacher–Farr amendment. This legislation bars the Department of Justice from spending any funds to keep states from implementing their own laws about “the use, distribution, possession or cultivation of medical marijuana.”

The amendment’s language needs to be reinserted into law each year – and it’s currently set to expire on Jan. 18. That would leave patients in the 29 states with legal medical marijuana without their treatments and at risk of prosecution.

I have researched a number of drugs of abuse and natural products for safety and effectiveness. Just because a drug has abuse potential doesn’t mean it’s always bad and just because it’s natural doesn’t mean it’s always safe. While I’m no fan of legalizing recreational marijuana use, I believe there has to be special dispensation for patients with a legitimate medical need.

There are approximately 1.2 million users of medical marijuana in these 29 states. Some of the most common ailments include pain or muscle spasms, nausea and vomiting, cancer, PTSD, seizures and glaucoma.

The body has a system of receptors that can be stimulated by the chemicals in marijuana, called cannabinoids. In animal studies, cannabinoids have been used to treat symptoms like harmful weight loss, vomiting, seizures and fluid pressure in the eyes.

There isn’t much human research on medical marijuana, thanks to the product’s illegal status and a lack of federal research funding. Large trials are nearly impossible to conduct, since products are often adulterated and the concentrations of cannabinoids vary from plant to plant.

Even so, human trials from around the world and pockets of the U.S. offer modestly strong evidence of marijuana’s benefits in a number of disorders, such as intractable nausea and vomiting, chronic pain and severe muscle spasms and epilepsy.

For example, a study published in May looked at the effects of cannabadiol – an active marijuana compound that does not cause euphoric high or hallucination – on children with Dravet syndrome, a rare genetic disorder characterized by frequent, severe drug-resistant seizures. Those who took cannabadiol cut their median number of convulsive seizures per month in half, from 12 to six. These findings may be applicable to other people with hard-to-treat seizures.

I bring up this example because it uses the highest quality study design. Also, seizures are not subjective symptoms like pain or nausea that critics may be skeptical of.

In my home state of Connecticut, medical marijuana is legal. Doctors are required to certify that potential medical marijuana users have a disease for which there is adequate medical evidence for marijuana’s benefit. The patient then visits a licensed dispensary facility, where a pharmacists helps to select the type of product that would work best.

In such a dispensary, pharmacists know the exact amount of the active chemicals that each product contains. Unlike illegal marijuana, their products aren’t contaminated with heavy metals, bacteria, fungi, herbicides or pesticides.

What if patients can no longer access these products? They will either have to go without and lose the benefits of their treatment, leading to moderately intense marijuana withdrawal symptoms, such as insomnia, chills, shakiness and stomach pain.

Or, they might try to switch to the black market, where products may be inconsistent and prosecution is possible. In so doing, they would be supporting organized crime and exposing themselves to additional dangers. I especially worry about children with epilepsy who might have to use illegal marijuana that gives them a high due to the tetrahydrocannabinol (THC) rather than a legal version with little to no THC.

Since 2014, the Rohrabacher-Farr amendment has been routinely included in the appropriations language with support from both parties. But in the past year, things have broken down. So far, the amendment has survived through resolutions to extend government spending, but it’s unclear whether it will appear in the new federal budget.

Sessions has already written to members of Congress asking them not to support this amendment, saying it inhibits the department’s authority. A new subcommittee at the Department of Justice plans to assess the legalized use of marijuana.

Legal recreational marijuana comes with potential benefits and drawbacks to society, and I’m not sure yet that we know what the impact will be over the long term. But the research on medical marijuana is clear: Marijuana has legitimate medical uses. It should not be a Schedule I drug and should not be denied to patients. There’s virtually no upside to banning a potentially effective therapy for patients with diseases like cancer, multiple sclerosis and epilepsy.

C. Michael White, Professor and Head of the Department of Pharmacy Practice, University of Connecticut 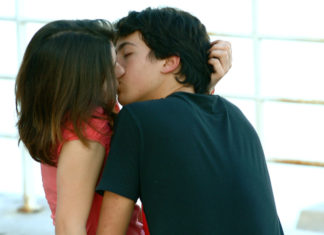 Staff Writer - March 22, 2015
Sheril Kirshenbaum, University of Texas at Austin Scientists in the Netherlands have reported that we share about 80m bacteria during a passionate ten-second kiss; a...