Editor’s Note: On Friday, Oct. 6, “Third Rail with OZY” will discuss violence in the United States.

These stories from The Conversation archive explore how violence permeates different aspects of American society.

Do American parents teach their kids violent behavior through the use of corporal punishment?

A professor of Psychiatry at SUNY Upstate Medical University and Tufts Medical School, Ronald Pies takes up the question “Is it OK to spank a misbehaving child once in a while?”

Pies begins by acknowledging that researchers and parents often disagree on this topic, but ultimately concludes “spanking a child may seem helpful in the short term, but is ineffective and probably harmful in the long term. The child who is often spanked learns that physical force is an acceptable method of problem solving.”

And yet, Pies doesn’t feel that parents who spank their children need a stern lecture – and certainly not an even stronger punishment.

“It isn’t that the parent is “evil” by nature or is a “child abuser,” Pies writes. “Often, the parent has been stressed to the breaking point, and is not aware of alternative methods of discipline – for example, the use of “time-outs,” removal of privileges and positive reinforcement of the child’s appropriate behaviors.“

As Joseph Gagnon of the the University of Florida writes, “19 states still allow corporal punishment [in schools], despite research that clearly indicates such public humiliation is ineffective for changing student behavior and can, in fact, have long-term negative effects.”

According to Gagnon, every day approximately 838 students are paddled in American schools. And children in less affluent communities were more likely to be hit.

Why is this practice still so pervasive? Gagnon and his colleagues talked to school principles to find out. They learned, “principals cite pressure from parents as a primary reason for using corporal punishment. Despite the science, the idea that corporal punishment is effective, “Because that’s how I was raised,” pervades the discussion.“

#3. A culture of aggression

Of course, schools aren’t the only institutions in the U.S. were physical violence takes place. The criminal justice system is another.

Although the cause of police killings is complex, Hirschfield believes one factor is American gun culture – which causes the police to fear for their own safety in too many situations.

Too few of us take the time to think about how that culture of aggression follows prisoners behind bars, writes Heather Ann Thompson, a professor of History and Afroamerican and African Studies at the University of Michigan.

“That so many are blissfully unaware of just how many people are, or have been, subject to containment or control is, perhaps, unsurprising,” Thompson writes. “Prisons are built to be out of sight and are, thus, out of mind.”

And yet, Thompson writes, “the closed nature of prisons remains a serious problem in this country” – and one that demands closer scrutiny.

“In September 2016, prisoners at facilities across the country erupted in protests for better conditions,” Thompson writes. “In March and April of 2017, prisons in Delaware and Tennessee similarly exploded. In each of these rebellions, the public was told little about what had prompted the chaos and even less about what happened to the protesting prisoners once order was restored.”

But, she writes, “it is obvious that much trauma takes place behind bars while we aren’t watching.” 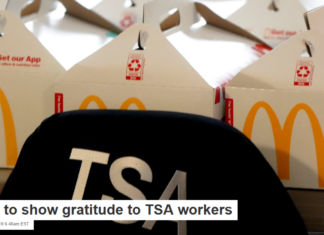 Grudges come naturally to kids – gratitude must be taught