When temperatures in Minneapolis fell to 27 below zero during the January 2019 polar vortex, the Xcel Energy utility urged all Minnesota customers to lower their thermostats to conserve natural gas needed for power generation. In Michigan, where it was also colder than the North Pole, General Motors even shut several factories as a precaution against outages.

This might seem like a paradox. U.S. gas production is at an all-time high, and electricity generation from renewable sources is growing at a record pace.

As an engineering economist who studies electricity markets and fuel supply chains, I look for ways to maintain energy delivery despite increasingly uncertain and extreme weather. I also edit an academic journal devoted to analyzing the costs, benefits and risks of capital investment. Based on what I’ve seen, making electrical generation more flexible while increasing access to stored gas would be the best way to help keep the lights on without sacrificing warmth when cold snaps strike.

The 2019 gas shortfall was only the most recent in a string of similar situations. Earlier polar vortexes in 2013 and 2014 hit New England especially hard. The “bomb cyclone” that struck the East Coast in the winter of 2018 strained supplies, making gas prices soar.

It’s not just that bouts of extreme weather are becoming worse and more common, even though they are. The electricity grid is increasingly relying on natural gas.

Many of the older coal-fired generators being retired are being replaced by gas-fired ones and renewable sources like wind and solar energy. The share of electricity powered by natural gas rose to 32 percent in 2017 from 18 percent in 1990, as the share from coal fell to 30 percent from 76 percent in the same time period.

Natural gas costs much less than it used to, and gas-fired generators are more flexible. It is far easier to turn gas-fired power plants on and off, for example, than nuclear reactors. What’s more, natural gas plants can ramp production up or down quickly to smooth out the inevitable variability in electricity generation from wind turbines and solar panels – when the sun isn’t shining and the wind isn’t blowing.

As renewable energy accounts for bigger shares of electricity generation, power production from gas is projected to keep growing, too.

Most gas heats homes and commercial properties and fuels the manufacturing of everything from newsprint to aluminum and canned tuna. Following years of growth, electricity generation still consumes only about a third of all gas usage in the United States.

And, while utilities have different choices they can make, there is no easy or immediate way to find a substitute for its other uses – especially if they want a relatively clean source. Heating systems take a long time and a lot of money to convert for homeowners, and it’s even harder for manufacturers.

To avoid service disruptions, most large industrial and commercial users, as well as local gas companies, establish firm contracts that guarantee delivery of the gas they anticipate needing.

The contracts for gas used to generate electricity are different. Many power companies, especially in the Northeast and Midwest, have “interruptible contracts” with gas suppliers. These arrangements let them pay lower prices that allow them to compete in wholesale electricity markets, but have a downside. They make those companies a lower priority than other customers for gas delivery.

The electric power industry and its regulators can see that customers don’t want to have to set their thermostats to 65 degrees or less during bitter cold weather. And indeed, they have taken steps to reduce the grid’s vulnerability to gas bottlenecks, such as by adjusting the timing of the wholesale electricity markets to help power plants buy additional gas when they need it. And better communication is improving forecasts regarding demand and making it easier for power plants learn about supply disruptions earlier on.

Cold snaps increase the need for both electricity and natural gas to heat homes and businesses at the same time, making wholesale electricity prices spike as electricity market operators scramble to keep the grid operating smoothly.

Demand for electricity fluctuates by the hour, day and season, magnified only occasionally by severe weather events, and the variability in renewable generation compounds swings in demands on gas-fired power plants. Rather than building pipelines that will only rarely be used at full capacity, it makes sense to invest in flexibility for the generation system to adjust more easily to changes in electricity demand and fuel supply.

While they won’t raise retail electricity prices immediately, these short-term price spikes signal the need, and provide the justification, for longer-term investments to avoid rate hikes or even outages.

One such strategy is to retrofit gas generators for dual-fuel capability. Practically, this means constructing a storage tank for another fuel, like oil, along with the pipes and other equipment to inject it into the chamber where the fuel is burned. It’s a significant investment but, that way, when extreme weather causes the demand for gas to outstrip the capacity of the pipelines available, power plants can switch to an alternative fuel temporarily.

Just as any kind of inventory, whether it’s paper cups or hubcaps, will help avert supply chain disruptions, stored gas can also keep the power flowing. Research I conducted with George Gross showed that investments to expand the capacity of gas storage facilities lowered the risk of high electricity prices more effectively than dual-fuel retrofits.

Storing large amounts of natural gas is not without risk, as residents of Southern California learned in 2015. Leaks from the Aliso Canyon storage facility in Los Angeles made nearby residents sick and gushed greenhouse gas emissions.

But I still believe that a snowy-day reserve of gas may be the best way to keep the lights on when temperatures sink to extreme lows. 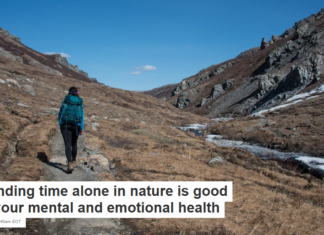