Oklahoma Attorney General Mike Hunter recently announced that the state had reached a US$270 million settlement with Purdue Pharma, the largest manufacturer of prescription opioids. The settlement resolves the state’s claims against Purdue over costs incurred in addressing the opioid crisis and allows Purdue to avoid a trial that was scheduled for May.

So the natural question arises: What does this development mean for the 1,700 or so cases brought largely by city and county governments against Purdue and a swath of other pharmaceutical-industry defendants?

My advice for other plaintiffs and opioid victims, based on my nearly three decades studying and practicing civil litigation: Don’t get your hopes up.

Most of the outstanding cases have been consolidated into so-called multidistrict litigation in Ohio. The court’s judge, Dan Polster, has pushed hard for a settlement.

So will these cases follow Oklahoma’s lead and reach a settlement?

Rumors have swirled around Purdue’s possible plan to seek bankruptcy protection from creditors, including the plaintiffs in the opioid cases. That plan may make sense to Purdue given that the ongoing litigation could result in judgments in the tens of billions of dollars – presumably far in excess than the combined net worth of the family that owns the private company, the Sacklers.

But a bankruptcy filing would create havoc for any prospect of near-term settlement for the outstanding opioid cases. An automatic stay would be issued that would bring all pending U.S. litigation to a screeching halt – including the bellwether multidistrict trial, which is set for October.

A bankruptcy judge with no familiarity with the case would suddenly find herself responsible for resolving perhaps the largest mass litigation of its kind in history in terms of monetary size. That judge would have to approve any new settlement involving ongoing litigation in other jurisdictions and would likely require it to be global. That’s a herculean task – just ask Polster, who had hoped to settle the cases before him by now.

At the same time the alternative is also unthinkable in which all of the claims against Purdue would potentially relocate to the bankruptcy court where Purdue files. In other words, all 1,700 or so cases – including the multidistrict litigation and the state lawsuits – would be lumped together before the bankruptcy court to be resolved there.

That court could choose to send them back for trial to the courts where they originated but still would have ultimate authority to determine how much each creditor and plaintiff would end up with.

A bankruptcy filing by Purdue could also pose problems for the settlement with Oklahoma.

Although Oklahoma claims that its settlement is secured against a possible bankruptcy filing – and Purdue reportedly committed to delay any filing – it’s likely the other plaintiffs would challenge it. Why should Oklahoma get a large settlement while all the other states with pending litigation are forced to accept the scraps following Purdue’s bankruptcy?

After all, there is nothing unique about Oklahoma’s case except that it was the first to come to trial. I don’t think a bankruptcy judge would feel warm and fuzzy about affirming a disproportionate settlement that would benefit one state to the detriment of all the other plaintiffs.

If the plaintiffs are crafty, they’ll try to force Purdue into bankruptcy by filing what is known as an involuntary bankruptcy petition. All it takes is three creditors with claims against a potentially insolvent company – such as three of the hundreds of states, counties or cities that are suing Purdue – to ask a bankruptcy court to assume control of its assets.

And in this case, the Oklahoma settlement could be deemed an attempt – legally called a “preference” – to benefit one creditor at the expense of others. Thus Oklahoma would lose whatever security interest it may have, as well as any money it received, within 90 days of such a bankruptcy petition. Those assets would return to the estate for division among all unsecured creditors.

What’s in it for Purdue

So why did Purdue settle with Oklahoma rather than file for immediate bankruptcy protection?

Clearly, in my view, it’s not ready to file – but didn’t want the Oklahoma trial to start either. A cynic might wonder whether Purdue’s owners received profit distributions within the last year and are waiting to file for bankruptcy after the so-called lookback period expires. During the lookback period, creditors can claw back certain types of payments made within the year before the filing. For insiders like the Sackler family, the lookback period is a full year rather than 90 days – as it is for Oklahoma.

In any event, the Oklahoma settlement proceeds may well end up much lower than the settlement agreement provides. So the Oklahoma attorney general may have scored a political victory in announcing the settlement, but it remains to be seen whether his constituents will actually see the money – and, if so, how much and when.

Knowing that, it’s hard to imagine any significant further settlement activity, at least until another case gets within a month or two of trial. And, if Purdue does file for bankruptcy, the opioid cases may never get that close to a trial again.

And that, of course, means that the various states and local governments that have brought lawsuits will have to continue to bear the cost of opioid-related treatment and services for the foreseeable future. 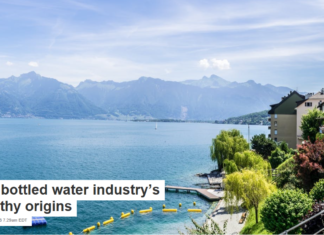