Teacher strikes swept the United States in 2018, from West Virginia to Oklahoma, Colorado, Arizona, North Carolina and beyond.

The demands varied across states, but a raise in teacher pay was central to each. Now politicians are proposing large increases in teacher salaries at the state and Sen. Kamala Harris’ has called for an average raise in teacher pay of US$13,500 – or more than 20% – in her first term, were she to be elected president.

What would a raise in teacher salaries accomplish? As one who has studied the economics of education around the world, here’s what I know about what recent research on different countries that have boosted teacher pay says.

What do teacher salaries do?

Fifteen years ago, Indonesia embarked on a policy experiment that shed new light on how salaries affect teacher effort. Over the course of 10 years, Indonesia raised salaries by more than a quarter for a subset of teachers. They randomized the roll-out across schools, which allowed researchers to compare schools that got the raises early on to schools that wouldn’t get the raises until much later. The result? Teachers were happier, and they were less likely to hold a second job. The reform initially decreased teacher absenteeism, but that effect disappeared by the second year. Student learning remained unchanged.

In Uruguay, increasing teacher salaries by about 25% for teachers working in poor neighborhoods had little to no impact on student learning. Similar studies show the same for programs in African countries, like the Gambia and Zambia.

In Texas, increasing teacher pay reduced turnover, which in turn increased student performance. Likewise, national studies from the U.S. and the U.K. also find that students do better when teachers have relatively better wages.

What countries that have made large gains in learning have shown is that combining salary increases with other critical reforms is the way to success.

Setting higher standards to enter the teaching profession is a way to both pay teachers what they’re worth while making sure the very best candidates are teaching. Finland and Singapore, two countries known for high performance on international tests, have highly competitive entry into the teaching profession. In both countries, a small fraction of applicants to teacher training schools are accepted, allowing teacher training schools to only accept those applicants with excellent academic credentials. By contrast, a recent study of teacher preparation graduate programs in the U.S. found that fewer than half required a 3.0 GPA.

Ecuador provides a clear example of how increasing teacher selectivity can lead to gains. Ecuador doubled teachers’ starting salaries in 2009. At around the same time, it introduced a national hiring exam and teacher evaluation systems, and it made getting into teacher training colleges and subsequently getting a job as a teacher more selective. The country also instituted incentives for high performing teachers. Ecuador went on to register the highest student literacy gains of any country in Latin America on regional tests conducted between 2006 and 2013.

In other countries, the key reforms may be different.

Brazil registered large learning gains in the first decade of this century after a series of reforms in the 1990s. These reforms increased teacher salaries while also increasing the educational requirements to become a teacher, expanding in-service support for teachers, ensuring more financing for rural schools, and later, introducing better measurement and publicity around student learning results.

In a recent study, the World Bank highlighted how many education systems seem to be stuck in a low-learning trap, where teachers and schools lack both the support and the motivation to give students what they need. Low teacher salaries, together with inadequate support for teachers and little selectivity in teacher preparation, can keep U.S. schools far below their potential. But increased pay is not enough. As experiences from around the world show, higher pay must be accompanied by an array of other reforms – ranging from increased selectivity into the field to more mentoring and coaching to help teachers already in the field give their best to our students. 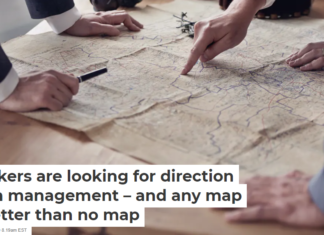 This type of sexual harassment on campus often goes overlooked