By Rachael Sharman, University of the Sunshine Coast

Sometimes, despite our best efforts, shielding our children against the coverage of potentially terrifying events can become very difficult. This is especially the case if everyone is talking about it – family, friends, school-mates, the TV.

It is common for parents to struggle to explain events such as the Sydney siege to their children. What and how much parents tell their children depends on their age.

Younger kids tend to be very concrete “black and white” thinkers, they have a poor sense of perspective and (in case you haven’t noticed) are extremely egocentric. At this age it is best to keep it simple. There’s no point lying to children or trying to pretend the event hasn’t happened, but offer an explanation that is honest and simple.

A bad man shot two people in Sydney. Everyone is really shocked, because guns are very hard to get in Australia, and we hardly ever have bad people trying to hurt others here.

Now I realise the whole concept of baddies versus goodies is way too simplistic in reality, but this is an explanation younger kids will comfortably grasp (black and white thinking).

Be aware that their brain development is such that they struggle with abstract concepts and they might make connections between events that appear downright absurd to adults. For example:

If I don’t go to bed on time, maybe a terrorist will attack me

Their egocentricity plays into this thinking as well. They will also struggle to put rare versus common events into perspective because of their limited abstract reasoning. There is no easy way around this for young children.

It’s important to tell your children events like this are rare, and that’s why everyone is talking about it.
AAP

The best course of action is to give a simple (even simplistic) explanation to let them know what everyone is talking about, and then turn off the TV and let them get back to their Lego. Limiting exposure to overwhelming amounts of information is the best course of action for younger kids. Children who are bombarded with a 24-hour news station replaying scenes from the siege over and over may assume the threat is ever-present, immediate and likely to affect them.

Twelve (give or take a couple of years) is the magic number because of a sudden explosion in frontal lobe development which results in teens having an improved ability to work with abstract concepts and put things into perspective – especially if helped by an adult.

Events like the Sydney siege are really, really rare in Australia, that’s why the media is so obsessed with it at the moment. It almost never happens here, so it’s important we don’t overreact. For example, every year people drown in rips off Australian beaches, but we don’t run around demanding every beach gets shut down or that we should ban people from swimming. Same goes for the Sydney siege, you wouldn’t stop going to the city or buying coffee because of such an extraordinary event.

You might also want to point out that police are constantly operating behind the scenes to prevent these incidents in Australia, and the vast majority of the time they are successful in doing so (just like lifesavers on the beach).

I don’t mean for the above to sound like I’m minimising the significance of this wretched and unwanted event for Australia. But in the case of overwhelming social and mainstream media coverage, teenagers are still at risk of personalising and catastrophising the risk towards them and Australians in general, and that needs to be balanced.

You probably don’t need to block those above 12 years of age from the TV or the commentary, but they will likely need your help to gain perspective on some of the more complex arguments that invariably arise from these events such as discrimination, religion, and freedom versus security. So if the TV is on, be prepared to talk about it and answer some reasonably complicated questions.

Conversely, don’t be surprised (or upset) if your teenager just shrugs their shoulders and heads back to their X-Box. You are not raising a heartless being; they just may need more time to think about the situation in order to know how to feel about it, and they may be more inclined towards the opinions of their peers in this process. 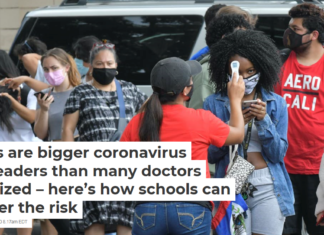