What will the Earth be like in 500 years? — Lotte, Brookline, Massachusetts

Scientists can make some pretty accurate forecasts about the future. But predicting what the Earth will be like 500 years from now is a difficult task because there are many factors at play. Imagine Christopher Columbus in 1492 trying to predict the Americas of today!

We do know that two main types of processes change our planet: One involves natural cycles, like the way the planet rotates and moves around the Sun, and the other is caused by life forms, especially humans.

The Earth itself is on the move

The Earth is constantly changing.

It wobbles, the angle of its tilt changes and even its orbit changes to bring the Earth closer to or farther from the Sun. These changes happen over tens of thousands of years, and they have been responsible for ice ages.

Five hundred years isn’t very long in terms of geology. https://www.youtube.com/embed/qKY7AN3tB_s?wmode=transparent&start=0 How Earth’s orbit affects life on the surface of the planet.

Humans are changing the planet

The second big influence on the planet is living things. The effects of life on the planet are harder to predict. Disrupting one part of an ecosystem can knock a lot of other things off kilter.

Humans in particular are changing the Earth in many ways.

They cut down forests and break up important wildlife habitats to build cities and grow crops. They move invasive species around the planet, disrupting ecosystems.

They also contribute to global warming. People are causing the climate to change, mostly by burning fossil fuels that release more greenhouse gases into the atmosphere than the planet and atmosphere can handle. https://www.youtube.com/embed/FSBydPkLEII?wmode=transparent&start=0 How humans are contributing to global warming.

Normally, greenhouse gases trap heat from the Sun the way the glass of a greenhouse does, keeping Earth warmer than it would be otherwise. That can be useful – until we get too much.

The result of too much carbon dioxide is that temperatures rise, and that can lead to dangerously hot summer days and melting ice in Greenland and Antarctica. Melting ice sheets raise the oceans, causing coastal areas to flood.

That’s what Earth is facing right now. These changes could lead to a very different planet in 500 years, depending in large part on how willing humans are to change their ways. A warming planet can also contribute to extreme weather like heat waves, storms and droughts that can change the land. All of Earth’s living forms are at risk.

Learning from the past 500 years

Looking back at the past 500 years, the living part of the Earth, called the biosphere, has changed dramatically.

The number of humans has increased from around 500 million people to over 7.5 billion today. More than 800 plant and animal species have become extinct because of human activities over that period. As the human population grows, other species have less space to roam. Sea level rise means even less land, and rising temperatures will send many species migrating to better climates.

Not all of Earth’s changes are caused by humans, but humans have worsened some of them. A major challenge today is getting people to stop doing things that create problems, like burning fossil fuels that contribute to climate change. This is one global problem that requires countries worldwide and the people within them to work toward the same goal.

Getting back to Christopher Columbus, he probably couldn’t have imagined a highway full of cars or a mobile phone. Technology will no doubt improve over the next 500 years, too. But so far, tech solutions haven’t scaled up fast enough to solve climate change. To keep doing the same things and expect someone else to fix the mess later would be a risky, expensive gamble.

So, the Earth in 500 years may be unrecognizable. Or, if humans are willing to change their behaviors, it may persist with its vibrant forests, oceans, fields and cities for many more centuries, along with its most successful residents, humankind. 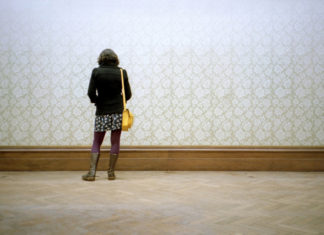 Flappy Bird and the eight secrets to optimal gameplay

Amelia Earhart would have a hard time disappearing in 2019

Scientists uncovered the structure of the key protein for a future...