The United States appears to be in a romantic slump. Marriage rates have plummeted over the last decade. And compared to previous generations, young single people today are perhaps spending more time on social media than actual dating. They are also having less sex.

Despite these trends, a yearning for a soulmate remains a common thread across the generations. Most Americans, it seems, are still looking for one. According to a 2017 poll two-thirds of Americans believe in soulmates. That number far surpasses the percentage of Americans who believe in the biblical God.

The idea that there is a person out there who can make each of us happy and whole is constantly conveyed through portrayals in films, books, magazines and television.

What accounts for the persistence of the soulmate ideal in the contemporary age?

Origins of the soulmate myth

Ten years ago, after a hard breakup, I decided to investigate. As a scholar of religion and culture who was trained in the history of ideas, I was interested in connecting the various iterations of the soulmate ideal through time.

One early use of the word “soulmate” comes from the poet Samuel Taylor Coleridge in a letter from 1822: “To be happy in Married Life … you must have a Soul-mate.”

For Coleridge, a successful marriage needed to be about more than economic or social compatibility. It required a spiritual connection.

Several centuries prior to Coleridge, the Greek philosopher Plato, in his text “Symposium,” wrote about the reasons behind the human yearning for a soulmate. Plato quotes the poet Aristophanes as saying that all humans were once united with their other half, but Zeus split them apart out of fear and jealousy. Aristophanes explains the transcendent experience of two soulmates reuniting in the following way:

“And when one of them meets with his other half, the actual half of himself … the pair are lost in an amazement of love and friendship and intimacy, and one will not be out of the other’s sight, as I may say, even for a moment.”

These references aren’t limited to Coleridge and Plato. In numerous religious traditions, the human soul’s connection to God has been envisioned in similar ways. While the examples from religious traditions are numerous, I will mention just two from Judaism and Christianity.

This idea is expressed in the Hebrew Bible, where God is consistently seen as the one to whom his chosen people, Israel, are betrothed. “For your Maker is your husband,” a passage in the Hebrew Bible says. Israel – the ancient kingdom, not the modern nation-state – plays the role of God’s spouse.

Throughout Israelite history this idea frames the relationship between the people of Israel and God, whom they know as Yahweh. When Yahweh ratifies his covenant with Israel, his chosen people, he is often referred to as Israel’s husband. In turn, Israel is envisioned as Yahweh’s wife. For the Israelites, the divine one is also their romantic soulmate.

“Your channel is an orchard of pomegranates with all choicest fruits,” the narrator recounts her man saying to her, before proclaiming that her garden is “a fountain, a well of living water, and flowing streams from Lebanon.”

Song of Songs is not only an unquestioned part of Jewish and Christian scripture, it’s been understood for millennia by Jewish sages as the key to understanding the most important events in Israelite history.

One of the first, and most influential, was Origen of Alexandria, a second-century mystic who became the first great Christian theologian. According to him, the Song is the key to understanding the soul’s relationship to Christ.

Origen calls it an “epithalamium,” which is a poem written for a bride on the way to the bridal chamber. For him, the Song is “a drama and sang under the figure of the Bride,” who is about to wed her groom, “the Word of God.”

The power of the myth

By tracing the soulmate ideal to these religious sources it’s possible to gain fresh perspective on its power and function in an age when more Americans identify as having no religious affiliation.

The soulmate myth informs the reality show “The Bachelor,” where young women wait for the attention of one chosen “bachelor” in hopes of finding true love. It is the same in the film adaptation of Nicholas Spark’s novel “The Notebook,” which follows the path of two lovers separated at various times by war, family and illness.

And then there are the Tinder users – wading through an excess of possible romantic partners, perhaps hoping that their one and only will eventually make them whole and happy.

In light of the myth’s history, it’s not surprising that even at a time when fewer Americans may be turning to God, they are still looking for their one true soulmate. 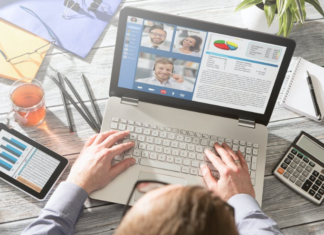 Why gender reveals have spiraled out of control