It’s always wonderful to share happy news – in person and on social media. New jobs, weddings and becoming parents of healthy children are all commonly posted online, and often gather lots of encouraging comments and congratulations. But when the news is sad, distressing or traumatic, people are far less likely to share it – even though they may need lots more support than when good things are happening in their lives. And when the crisis is particularly dire, or potentially stigmatizing, people may not even tell their closest friends and suffer in isolation.

I study how and why people use social media and technologies to express themselves and interact with others, especially when they experience stigma or adversities. Through this work, I find ways to design social media sites in ways that are more inclusive of people experiencing difficulties – for example, to make it easier for them to express themselves safely and exchange social support.

More recently, I set out to investigate how and why people share about one specific kind of adversity on social media – experiencing a pregnancy loss. About 20 percent of pregnancies in the U.S. end in loss, rather than a live birth.

Women who experience pregnancy loss can feel isolated and socially stigmatized, and suffer from depression and post-traumatic stress disorder. They often have a hard time telling others – even friends and loved ones – though that’s a key way they’ll get much-needed social support. Many people don’t tell anyone at all.

I conducted a series of interviews with women in the U.S. who are active on social media and who recently experienced a pregnancy loss. I wanted to find out why some people post online about what has happened, and why others don’t. And for those who did post, I wanted to find out what they said – and didn’t say – and why.

Much research suggests that anonymity helps people express themselves more freely online. In my research, I’ve found that more anonymity on sites like Reddit can help people to both seek and provide social support while feeling safe from stigma. I also found that starting with an anonymous post on a site like Reddit can help people feel more comfortable with a future disclosure under their own name on a site like Facebook.

When dealing with pregnancy loss, anonymous interactions may not satisfy a person’s need to talk about what has happened with people they actually know. People can still feel lonely in their own networks.

As a result, in this project, I focused primarily on social media sites where people are not anonymous, but rather use their real names and are connected to people they know personally: family, friends, colleagues and acquaintances.

Motivations for sharing about pregnancy loss on social media

When choosing whether or not to post about one’s pregnancy loss, people consider various factors related to their personal needs, audience concerns, network as a whole, platform features, societal context and how long had passed since the loss.

If they did decide to make a statement online, some people posted direct, explicit and unambiguous announcements of the loss. Of the 27 people I interviewed, 12 took this approach when first posting about their experience to a social network where they personally knew their connections. Their reasons varied, and included wanting to begin healing, elicit support and make a formal remembrance of their loss to meet personal needs. One woman told me,

“My husband started crying. And the doctor came in, and he said, ‘I’m so sorry. You’re right. The baby, her heart stopped last week.’ And I said to my husband, ‘We were gonna announce [the pregnancy on Facebook].’ And he said, ‘And we didn’t.’ And I said, ‘It’s like no one will know she was here.’ So he said, ‘I think we should put something on there for her, because people should know she was here, and that she changed our world.’”

If others in a person’s network were talking about their own experiences with pregnancy loss – or getting involved in social media campaigns, like Pregnancy and Infant Loss Awareness Day – that made it easier to join in and discuss their own loss.

People also talked about their experiences because they wanted to be a source of support for others in their networks. Another woman told me:

“Anybody that I talked to in real life, my mom or my friends or even my husband, I don’t feel like it was the kind of support I needed … I needed somebody who had been through it and had similar circumstance to feel like they understood … I was putting it out there just in support of anybody who might be experiencing a miscarriage and feel alone, because I felt very alone.”

Some people disclosed the loss on Facebook because they had previously announced their pregnancy there, and were seeking to avoid widespread and hurtful questions like “Where are the baby pictures?” Others posted to make a change at the societal level, urge others to take action, provide donations or even display political support for related issues like reproductive rights.

The specific features of particular social media platforms influenced people’s decisions about whether and what to post too. For example, on Facebook, the possibility of telling a large group of people with just one post – but still limiting that information to a user’s own social network – was, for some people, preferable to a series of painful one-on-one conversations.

Other people, 13 of the women I learned from, were less obvious, sharing a news article about pregnancy loss, symbolic content like a painting, a vague reference to staying at home without mentioning why, or even something apparently separate from what has happened, such as a photo of a dinner served the night of the loss. These expressions aided some to later make a more direct post about their pregnancy loss.

Among people’s reasons for posting indirect references to their experiences were the desire to emotionally protect themselves and test how friends might respond to a direct expression of loss. For instance, one woman told me:

“I think that when we really want to share but don’t feel comfortable sharing, we flirt with that idea by sharing other things and seeing what happens. Seeing what responses we get. Then we still have the opportunity to say ‘Oh, just kidding. No. It was just a quote. I just like this quote.’ And not have that stigma of being cheated on or being raped or having miscarriages.”

What social media companies could do

The companies behind online networks could make it easier for their users to find other people who have experienced similar adversities, helping everyone feel less alone and stigma. For example, they could boost posts with content about pregnancy loss to increase this topic’s visibility. They could also help people see the prevalence of pregnancy loss in their networks. Such changes can provide more opportunities for people to meaningfully connect with each other and reduce stigma surrounding pregnancy loss more broadly.

Facebook in particular could help reduce feelings of stigma around distressing events by adding to its list of significant life events people can select – such as “got married” or “started a new job.” This feature now includes “expecting a baby” and “loss of a loved one,” but does not include “lost a pregnancy” as an option. This sort of change to the site itself would make the platform more inclusive and could shift norms around what is appropriate to share online, allowing people to discuss their difficult news and life events, in addition to their triumphs and happiness. 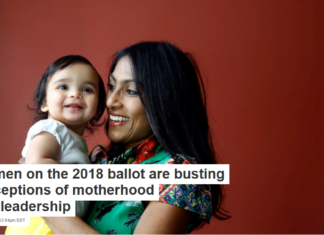