For the third time in a decade, the U.S. Supreme Court has heard oral arguments on the constitutionality of the Affordable Care Act. The case of California v. Texas, heard on Nov. 10, is its most recent major legal challenge.

Taking place eight days after Justice Amy Coney Barrett’s first Supreme Court case and seven days after the 2020 election, Tuesday’s hearing focused on the ACA’s individual mandate, the requirement that most people need to have health insurance. After Congress “zeroed out” the mandate’s penalty in 2017, the challengers are arguing that the mandate is no longer constitutional under Congress’ tax-and-spend authority and must be struck down.

In the case, the court considered whether the individual plaintiffs and the challenging states had standing to sue, whether the “zeroed-out” individual mandate provision was constitutional and whether, if unconstitutional, that provision was severable from the rest of the law. It will likely be spring, and could be early summer, before we hear of the court’s decision.

As a health law professor who focuses on health care finance and delivery, I think it is important to ask, in addition to the legal arguments and tea-leaf reading of California v. Texas, what is next for the law and American health care policy?

Health care policy and legal experts are closely watching because the advancing litigation has mounted yet another existential threat against the ACA. This challenge was made more menacing when the Trump administration made clear that it was pushing for the invalidation of the entire law – not just the individual mandate – in a June 2020 brief.

Yet different scholars, those both supportive and unsupportive of the ACA, have noted that the challengers’ legal arguments are “unworthy,” “very weak” and “ridiculous.”

During the hearing Nov. 10, it appeared that Chief Justice Roberts and Justice Kavanaugh, two very important potential swing votes, were skeptical of the challengers’ legal arguments, particularly on the issue of severability, which allows for courts, if striking down part of a law, to “sever” and excise the unconstitutional part, leaving the rest of the law intact.

If the court were to find the ACA severable, then even a holding that the individual mandate was unconstitutional would not invalidate the entire law. Arguments these two justices made during their questioning of the litigants seemed to suggest this exact point.

Life, and enrollment, go on

Regardless of the decision, it is likely months away. Previous ACA-related decisions have been handed down near the very end of the court’s term in late June, and there is no reason to think that this time will be different. That means that, over the next few months, the risk of judicial disruption to the inner workings of the ACA is minimal.

And, importantly, ACA open enrollment has begun. This is the period during which individuals can sign up for qualified health plans on healthcare.gov for 2021 coverage. The period runs through Dec. 15, 2020.

During last year’s open enrollment period, 11.41 million consumers selected ACA-compliant marketplace insurance plans, which was down 0.3% from 11.44 million consumers for 2019. According to the Kaiser Family Foundation, both of these numbers are down from the high of 12.68 enrollees in 2016.

Most consequentially, the ACA will still largely be subject to political wrangling. The incoming Biden administration has indicated a desire to build on the Affordable Care Act. But this is where things get tricky.

Whether the Biden administration can make bigger structural changes, like adding a public option to the ACA (which is part of President-elect Biden’s health care plan), is likely to be a heavy lift. With Senate races in Alaska and North Carolina now being projected, Republicans are likely to occupy 50 seats in the Senate, compared to the 48 seats occupied by the Democratic caucus (including the two independent senators who caucus with Democrats), with two races outstanding.

This means that the two Georgia runoffs, between Jon Ossoff and Sen. David Perdue and between Rev. Dr. Raphael Warnock and Sen. Kelly Loeffler, will determine control of the Senate. Should these seats be won by Ossoff and Warnock in January, Democrats would control a chamber that is split 50-50 thanks to the tiebreaking vote provided by Vice President-elect Kamala Harris. This would give President-elect Biden a better chance to push for structural legislative reform to the ACA, like a public option, assuming he can hold all 50 votes. Indeed, the future of American health care policy runs right through Georgia.

Importantly, this outcome would also give Biden and the Democratic-controlled Congress the ability to pass a “legislative fix,” which could largely moot California v. Texas. This could include repealing the individual mandate from the ACA. As a result, the Georgia Senate races are all the more consequential if the Supreme Court strikes down the ACA.

Whether or not the Senate falls into Democratic control, the Biden administration can still use executive authority once in office to make changes to the ACA, just as President Trump has done.

This could include bolstering enrollment periods and support for ACA-compliant insurance plans to reverse Trump cuts, changing the guidance and approval standards for state waivers under the ACA and reinterpreting anti-discrimination provisions within the ACA to reinstate protections that were ended by the Trump administration, just to name a few.

Though the arguments are over, the battle over the future of the ACA will continue to be waged – both within the executive branch in Washington and in the political arena in Georgia – even while we await the decision from the Supreme Court on its most recent existential threat. 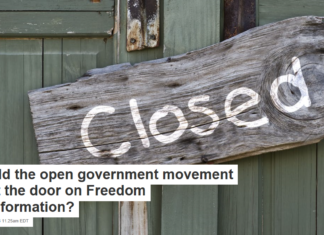 Raising the minimum wage is a health issue, too