Christopher Strachey didn’t invent modern computers. He didn’t even see one until 1951, several years after others had first created the first ones. But he had been friendly with Alan Turing, who was one of the inventors of modern computers, when he was in college in England.

So when Strachey heard about the new Mark I computer installed at the University of Manchester in the U.K., he was able to ask Turing for a copy of the programming manual. He studied the manual, then got the chance to write a program for the computer. People were so impressed with his work that he soon had access to the computer whenever he had time off from his job as a teacher.

Strachey spent his school breaks working on a checkers-playing program, which was remarkably complicated for the time. It showed the board on a screen – a cathode-ray tube. Players wrote their moves on a teletype, a typewriter electronically connected to the computer, which both printed the moves on paper and sent them to the computer. The machine would “look ahead” at the different possible moves and countermoves, both to choose what it should do next and to make fun of players for particularly bad moves.

I call this game “M.U.C. Draughts” in my book “How Pac-Man Eats,” because Strachey never gave it a name. M.U.C. stands for Manchester University Computer and draughts is the British name for checkers. I think it’s the first video game. But there are lots of playful people out there, so someone else might have come first. Around the same time that Strachey was creating M.U.C. Draughts, A.S. (Sandy) Douglas created a game of tic-tac-toe, which was also displayed on a cathode-ray tube, for the University of Cambridge EDSAC computer. In the future we may find that other playful people made other video games for early computers.

People still play video game versions of board games and card games, but they’re usually not the first thing you think of when someone says “video games.” Generally people think about the video display showing a simulated space, with one or more features the player can control in that space – maybe gliding across the sky in The Legend of Zelda: Breath of the Wild or the buildings and people in Civilization.

The next big step (that I know about) toward such games is now called Tennis for Two – though it didn’t have a name when it was created. William Higinbotham, Robert V. Dvorak and David Potter created it as a demonstration for the 1958 visitors’ day at Brookhaven National Laboratory in Upton, New York. They used an old-fashioned analog computer to create a side view of a tennis court, showing the ground, a net and a ball that would fly over the net. But after visiting day it got taken apart.

Spacewar! was another demonstration project, released in 1962 by a group of MIT engineers that included Steve “Slug” Russell, Peter Samson, Dan Edwards and Martin Graetz. It took the computing world by storm.

Rolling Stone magazine even sponsored a “Spacewar! Olympics” in 1972 – an amazing level of publicity at a time when most people had never even seen a computer in person, much less played a video game. https://www.youtube.com/embed/_L1HeZ2kPck?wmode=transparent&start=0 Spacewar! was the first video game to catch the public’s attention.

Spacewar! is the first game to do all the things people today commonly expect a video game to do. It had a simulated space, with objects moving around. In this case it was outer space, with a backdrop of stars and a central sun that exerted gravity. There were elements that players controlled in that space, specifically two spaceships locked in battle. And there were visual flourishes, such as fire emerging from the backs of the ships whenever players used their thrusters to move around.

Video games first came into the home in 1972 with the release of the Magnavox Odyssey game console. Ralph Baer, Bob Tremblay, Bob Solomon, Bill Rush and other engineers at Sanders Associates were trying to figure out a way to play games on home televisions. They came up with the idea of a ball being hit back and forth: electronic ping-pong, the precursor to Pong, a game that became wildly popular.

From there video games became a growing force in world culture – powered by people who love to play. 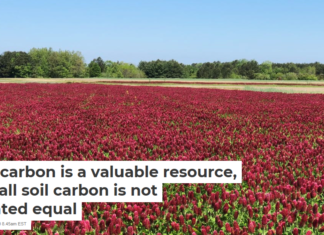