As Americans flock to beaches this summer, their toes are sinking into some of the most hotly contested real estate in the United States.

It wasn’t always this way. Through the mid-20th century, when the U.S. population was smaller and the coast was still something of a frontier in many states, laissez-faire and absentee coastal landowners tolerated people crossing their beachfront property. Now, however, the coast has filled up. Property owners are much more inclined to seek to exclude an ever-growing population of beachgoers seeking access to less and less beach.

On most U.S. shorelines, the public has a time-honored right to “lateral” access. This means that people can move down the beach along the wet sand between high and low tide – a zone that usually is publicly owned. Waterfront property owners’ control typically stops at the high tide line or, in a very few cases, the low tide line.

But as climate change raises sea levels, property owners are trying to harden their shorelines with sea walls and other types of armoring, squeezing the sandy beach and the public into a shrinking and diminished space.

As director of the Conservation Clinic at the University of Florida College of Law and the Florida Sea Grant Legal Program, and as someone who grew up with sand between my toes, I have studied beach law and policy for most of my career. In my view, the collision between rising seas and coastal development – known as “coastal squeeze” – now represents an existential threat to beaches, and to the public’s ability to reach them. https://www.youtube.com/embed/pZ8TBwEj2NQ?wmode=transparent&start=0 California state law mandates public access to beaches, but wealthy property owners have been able to restrict access to this beach near Santa Barbara.

The beach as a public trust

Beachfront property law has evolved from ideas that date back to ancient Rome. Romans regarded the beach as “public dominion,” captured in an oft-cited quote from Roman law: “By the law of nature these things are common to all mankind; the air, running water, the sea and consequently the shores of the sea.”

Judges in medieval England evolved this idea into the legal theory known as the “public trust doctrine” – the idea that certain resources should be preserved for all to use. The U.S. inherited this concept.

Most states place the boundary between public and private property at the mean high tide line, an average tide over an astronomical epoch of 19 years. This means that at some point in the daily tidal cycle there is usually a public beach to walk along, albeit a wet and sometimes narrow one. In states such as Maine that set the boundary at mean low tide, you have to be willing to wade.

Early beach access laws in coastal states were largely designed to ensure that workaday activities such as fishing and gathering seaweed for fertilizer could occur, regardless of who owned the beach frontage. Increasingly, however, public recreation became the main use of beaches, and state laws evolved to recognize this shift.

For example, in 1984 the New Jersey Supreme Court extended the reach of the Public Trust Doctrine beyond the tide line to include recreational use of the dry sandy beach. In a pioneering move, Texas codified its common law in 1959 by enacting the Open Beaches Act, which provides that the sandy beach up to the line of vegetation is subject to an easement in favor of the public.

Moreover, Texas allows this easement to “roll” as the shoreline migrates inland, which is increasingly likely in an era of rising seas. Recent litigation and amendments to the act have somewhat modified its application, but the basic principle of public rights in privately owned dry sand beach still applies.

Most states that give the public dry sand access on otherwise private property do so under a legal principle known as customary use rights. These rights evolved in feudal England to grant landless villagers access to the lord of the manor’s lands for civic activities that had been conducted since “time immemorial,” such as ritual maypole dancing.

Oregon’s Supreme Court led the way in judicially applying customary use rights to beaches in 1969, declaring all the state’s dry sand beaches open to the public. Florida followed suit in 1974, but its Supreme Court decision has since been interpreted to apply on a parcel-by-parcel basis.

Like Texas, North Carolina, Hawaii and the U.S. Virgin Islands all have enacted legislation that recognizes customary use of the sandy beach, and courts have upheld the laws.

Florida has more sandy beaches than any other state, a year-round climate to enjoy them, and a seemingly unbounded appetite for growth, all of which makes beach access a chronic flashpoint.

Along Florida’s Panhandle, pitched battles have erupted since 2016, with beachfront property owners and private resorts asserting their private property rights over the dry sandy beach and calling sheriffs to evict locals. When beachgoers responded by asserting their customary use rights, Walton County – no liberal bastion – backed them up, passing the local equivalent of a customary use law.

Florida’s Legislature stepped in and took away the local right to pass customary use laws, except according to a complicated legal process that only a few local governments have initiated. Critics argue that the law has made it harder for communities to establish lateral public access to beaches and has done little to resolve the ongoing disputes.

What about just adding sand?

Erosion is both an enemy and a potential savior of beach access. As rising seas erode beaches, pressure to harden shorelines grows. But armoring shorelines may actually increase erosion by interfering with the natural sand supply. Adding more sea walls thus makes it increasingly likely that in many developed areas the dry sand beach will all but disappear. And what once was the public wet sand beach – the area between mean high and low tide – will become two horizontal lines on a vertical sea wall.

One alternative is adding more sand. Congress authorizes and funds the U.S. Army Corps of Engineers to restore beaches with sand pumped from offshore or trucked from ancient inland dunes. States must typically match these funds, and beachfront property owners occasionally collectively pitch in.

But federal regulations require communities that receive these funds to ensure there is adequate access to nourished beaches from the street, including parking. And new beaches built from submerged shorelines must be maintained for public access until rising seas submerge them again.

This requirement, along with more arcane property rights issues, led landowners in Florida’s Walton County to fight a beach nourishment project that would have protected their property from erosion. They took the case to the U.S. Supreme Court and lost.

Beach nourishment, too, is a temporary solution. Good-quality, readily accessible offshore sand supplies are already depleted in some areas. And accelerating sea level rise may outpace readily available sand at some point in the future. Squeezed between condos and coral reefs, South Florida beaches are especially at risk, leading to some desperate proposals – including the idea of grinding up glass to create beach sand. 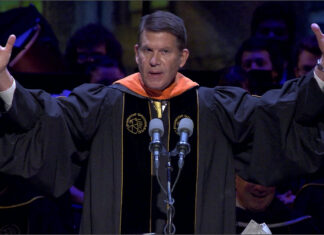 Staff Writer - January 14, 2022
A Four article series Highlighting Transformation to the Power of Trust, The Center for Tech Diplomacy at Purdue and the Global Economic Security Strategy >> First >> Second...