Why are planets round? – Daniel B., La Crosse, Wisconsin

The ancient Greeks proved over 2,000 years ago that the Earth was round and figured out how big it was by using simple observations of the Sun.

But how do people know this today? When you drop anything, gravity causes it to fall directly toward the center of the Earth, at least until it hits the ground. Gravity is a force that is caused by nearly everything that has mass. Mass is a measure of how much material there is in anything. It could be in the form of rocks, water, metal, people – anything. Everything material has mass, and therefore everything causes gravity. Gravity always pulls toward the center of mass.

The Earth and all planets are round because when the planets formed, they were composed of molten material – essentially very hot liquid. Since gravity always points toward the center of a mass, it squeezed the stuff the Earth is made of equally in all directions and formed a ball. When the Earth cooled down and became a solid, it was a round ball. If the Earth didn’t spin, then it would have been a perfectly round planet. Scientists call something that is perfectly round in all directions a “sphere.”

The gas cloud that the Earth was made from was slowly rotating in one direction around an axis. The top and bottom of this axis are the north and south poles of Earth.

Now, hold out your right hand. Point your thumb on your right hand straight up, and curl your fingers around the direction of rotation. Your thumb is pointing toward the North pole. The equator is defined as the plane, halfway between the North and South Poles.

If you ever played on a merry-go-round, you know that the spinning merry-go-round tends to throw you off. The faster it spins, the harder it is to stay on. This tendency to be flung off is called centrifugal force and pushes the mass on the equator outward. This makes the planet bulge at the equator.

The faster the spin, the more unround it becomes. Then, when it cools and hardens, it retains that shape. If a molten planet starts off spinning faster, it would be less round and have a bigger bulge.

The planet Saturn is very oblate – non-spherical – because it rotates very fast. Because of gravity, all planets are round, and because they rotate at different rates, some have fatter equators than their poles. So the shape of the planet and the speed and direction that it rotates depends on the initial condition of the material out of which it forms. 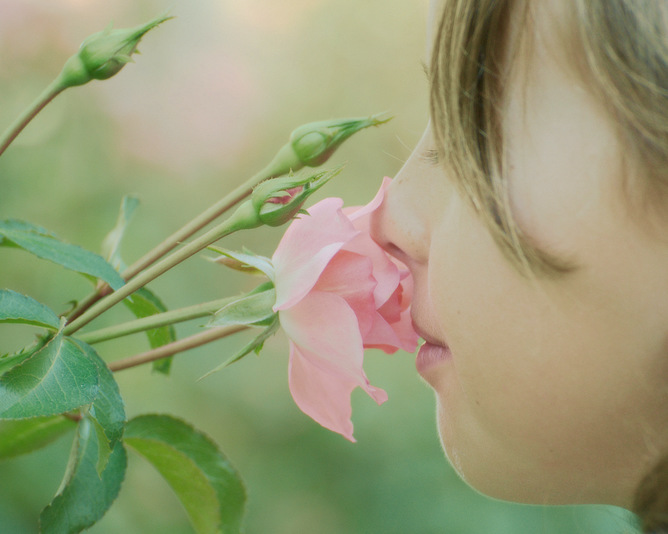 Staff Writer - June 9, 2015
Eric Block, University at Albany, State University of New York Humans can discriminate tens of thousands of odors. While we may take our sense of...

Uber gets a backseat driver as Kalanick exits top job