In 2008, Newsweek published an article on then-presidential candidate Barack Obama titled “From Barry to Barack.”

The story explained how Obama’s Kenyan father, Barack Obama Sr., chose Barry as a nickname for himself in 1959 in order “to fit in.” But the younger Barack – who had been called Barry since he was a child – chose to revert to his given name, Barack, in 1980 as a college student coming to terms with his identity.

Newsweek’s story reflects a typical view of name changing: Immigrants in an earlier era changed their names to assimilate, while in our contemporary era of ethnic pride, immigrants and their children are more likely to retain or reclaim ethnic names.

However, my research on name changing suggests a more complicated narrative. For the past 10 years, I’ve studied thousands of name-changing petitions deposited at the New York City Civil Court from 1887 through today.

Those petitions suggest that name changing has changed significantly over time: While it was primarily Jews in the early to mid-20th century who altered their names to avoid discrimination, today it’s a more diverse group of people changing their names for a range of reasons, from qualifying for government benefits to keeping their families unified.

From the 1910s through the 1960s, the overwhelming majority of people petitioning to change their names weren’t immigrants seeking to have their names Americanized.

Instead, they were native-born American Jews who faced significant institutional discrimination.

In the 1910s and 1920s, many employers wouldn’t hire Jews, and universities began establishing quotas on Jewish applicants. One way to tell if someone was Jewish was his or her name, so it made sense that Jews would want to get rid of names that “sounded” Jewish.

As Dora Sarietzky, a stenographer and typist, explained in her 1937 petition:

“My name proved to be a great handicap in securing a position. … In order to facilitate securing work, I assumed the name Doris Watson.”

Since most petitioners were native-born Americans, this wasn’t about fitting in. It was a direct response to racism.

The changing face of name changing

So why, in the 21st century, are people feeling compelled to change their names?

The demographics of name change petitioners today – and the reasons that they give – suggest a complicated story of race, class and culture.

Jewish names disappeared in the petitions over the last two decades of the 20th century. At the same time, the numbers of African-American, Asian and Latino petitioners rose dramatically after 2001.

These new petitioners aren’t seeking to improve their educational and job prospects in large numbers, like the Jews of the 1930s and 1940s.

Instead, today’s petitioners seem to be trying to match their names with those of other family members after a divorce, adoption or abandonment. Or they’re looking to fix bureaucratic errors in their records – the misspelled or mistaken names that were long ignored, but have increasingly become major problems in the 21st century.

In the wake of Sept. 11, the nation’s obsession with security translated to an increased anxiety surrounding identity documents. This anxiety seems to have particularly burdened the poor, who now need the names on their birth certificates to match drivers’ licenses and other documents in order to get jobs or government benefits.

“When I apply for Medicare premium payment program,” one petitioner explained in 2007, “they denied it because my name doesn’t match my social security card.”

Why change your name if it won’t help?

Perhaps this is because poor or working class people in 21st-century America have fewer possibilities for upward mobility than there were for Jews in the 1940s working as clerks, salesmen and secretaries.

So even if having an ethnic-sounding name might hinder middle-class African Americans’ ability to find a better job, there’s less of an incentive for poor people of color to change their names.

There is one striking exception, and it demonstrates the powerful role discrimination continues to play in American society.

After Sept. 11, there was a surge of petitions from people with Arabic-sounding names.

Their petitions were achingly similar to those of Jews in the 1940s, though many of these newer petitioners were more open about the hatred they faced:

“Prevailing attitudes and prejudices against persons of Arabic descendancy have been adversely affected as a direct result of the terrorist attacks of Sept. 11, 2001,” one petitioner wrote. “Petitioner wishes to change his name to a less demonstratively Muslim/Arabic first name.”

By 2012, however, petitioners with Muslim or Arabic names had stopped changing their names in large numbers. That probably doesn’t have anything to do with a more tolerant society. Instead, in 2009, the New York City Police Department began conducting surveillance into New York’s Muslim and Arab communities using Civil Court name change petitions, sending the message that the act of changing your name might make you as much of a suspect as keeping it.

Although there has been substantial change in the name change petitions over the past 125 years, there’s one lasting lesson: Name changing is not a simple story. It hasn’t moved smoothly from an era in which immigrants simply wanted to fit in, to an era in which diversity is welcome.

Instead, name changing illustrates that racial hatred and suspicion have been a lasting presence in American history, and that intertwined definitions of race and class are hardening – and limiting – the opportunities of people of color. 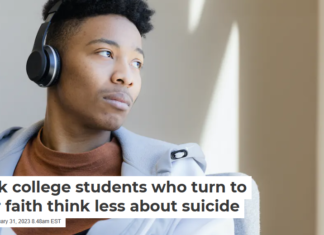