By Adrian Cherney, The University of Queensland

Australian Prime Minister Tony Abbott calls it “a thoroughly objectionable organisation”, “un-Australian” and “un-Islamic”. But would it be a good idea to ban the Islamic organisation Hizb ut-Tahrir?

Hizb ut-Tahrir is banned in a number of countries. Demands for it to banned here in Australia – by adding it to a list of 19 other terrorist organisations – have intensified this week, particularly after an interview on ABC’s Lateline in which a spokesman for the group refused to directly condemn the acts of Islamic State.

Instead, Wassim Doureihi focused his answers on issues related to the foreign occupation of Muslim lands and also the killing of innocent Muslims by Western governments.

Whatever your opinion of that Lateline interview (which you can watch here), the concerns Doureihi raised about foreign occupation of Muslim lands and the killing of innocent Muslims by Western governments do have traction within some parts of the Australian Muslim community.

A colleague and I have completed focus groups with Muslims in Brisbane, Sydney and Melbourne this year and last year, part of research examining the impact of counter-terrorism policing and laws on Muslim communities.

Strong opinions were expressed in those focus groups about the perceived Western occupation of Muslim lands; the illegitimacy of wars in Iraq and Afghanistan; a sense that the Australian government was unwilling to condemn Israel for attacks against Palestine and that double standards apply to preventing Muslims from travelling overseas, while allowing Australians to travel to Israel to serve in the Israeli Defence Force.

While Hizb ut-Tahrir has little traction in Australia beyond New South Wales, banning it potentially would be interpreted by some Muslims as an attempt to stifle dissenting voices within the Muslim community.

This would only add to the general feeling that Muslims are not allowed to voice an opinion about political issues. Again, this is an issue that arose during our data collection.

Focus group participants commonly expressed the view that if Muslims voiced a dissenting opinion against government policy or counter-terrorism, they would be labelled as extremist.

Until Hizb ut-Tahrir actually advocates terrorism committed here or overseas, banning it would be a strategic mistake.

Yes, many of the positions it takes can be judged as objectionable and offensive to both Muslims and non-Muslims alike. But its very existence provides an opportunity to challenge the narratives that can feed resentment, alienation and radicalisation among Muslims here in Australia.

Some people might interpret this as simply a strategy of wanting to placate radical Muslims – and one that provides an avenue for the legitimisation of positions taken by Hizb ut-Tahrir. This is far from the case.

Rather, it is a recognition of why Muslims feel a sense of unfairness and resent counter-terrorism tactics used against Muslim communities. This feeling needs to be countered – and one way you don’t do that is by silencing dissenting voices, no matter how objectionable they may be.

This would simply send the message Muslims have no right to voice a political viewpoint unless it accords with what the majority regards as reasonable. In such a context, engagement with the Muslim community becomes difficult.

It must be kept in mind that banning Hizb ut-Tahrir would actually play into their hands, reinforcing the argument they mount that the “war on terror” is a war against Islam. Forcing them underground would make it far harder to argue that that is not the case.

Sometimes in the field of counter-terrorism, pragmatism needs to prevail.

In a strong democracy, arguments and positions the majority may find uncomfortable or objectionable need to be aired, so that they can be appropriately challenged by alternative voices. 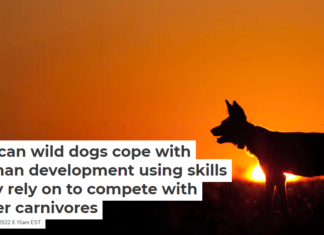 Breathing wildfire smoke can affect the brain and sperm, as well...