A person’s voice is like their fingerprint. Everyone talks differently, and everyone’s voice is unique.

Some of these linguistic differences are because of how our individual bodies are shaped, especially the size of our vocal cords and tracts.

Our families, our friends and other people in our communities also influence how we talk. I study language, literacy and culture, and I’ve found that how we use language – including accents – is a way of showing who we are.

Why we have accents

We develop different accents because of whom we interact with and where we grow up.

When we pick up on another person’s accent, it means we are identifying clues in their pronunciation that tell us something about who they are. These differences can be as small as a single sound, but we often spot them right away.

There are also linguistic differences within countries. Not all people from England sound the same, and the same goes for people from the U.S.

And in the city of Baltimore, you might hear some African American residents pronounce “dog” as “dug,” and “frog” as “frug.”

Even in a globally connected world, where it is easier to meet people from other countries than ever before, the way we talk still represents who we are.

So be proud of your vocal fingerprint. A kaleidoscope of languages and accents helps make our world a culturally rich and exciting place.

Christine Mallinson, Professor of Language, Literacy and Culture and Director of the Center for Social Science Scholarship, University of Maryland, Baltimore County 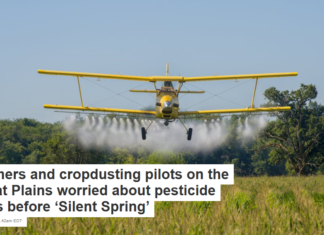 Farmers and cropdusting pilots on the Great Plains worried about pesticide...

Staff Writer - May 23, 2018
David Vail, University of Nebraska – Kearney It is easy to frame conservation as a clash between environmentalists and polluters. But this view can greatly...