Cheating in college has been with us since the inception of higher education. In recent months, cases of cheating, including large-scale cheating at elite colleges, have led to considerable turmoil.

Many of these behaviors could well start to take shape right at the level of high school. A survey conducted by renowned academic integrity researcher Don McCabe shows how widespread the problem is in high schools.

In a survey of 24,000 students at 70 high schools, McCabe found “64% of students admitted to cheating on a test, 58% admitted to plagiarism and 95% said they participated in some form of cheating, whether it was on a test, plagiarism or copying homework.”

Statistics for cheating for college students are much the same. Surveys indicate as high as 70% of students report some kind of cheating in college. These survey results, which have remained consistent over time, represent a variety of behaviors.

So, what could possibly lead to such behaviors?

As Director of Student Conduct, I have been responsible for addressing these behaviors for the last 16 years. I have also served as president of the Association for Student Conduct Administration (ASCA), an organization of over 3,300 professionals doing student conduct work at over 1,800 institutions across the US and Canada. All these positions have given me unique insights into the issue of cheating beyond my institution. And I can say these results are not at all surprising to me.

Students cheat for a variety of reasons:

It can be an intentional, calculated decision in order to get ahead. Often, it is motivated by the path to success that they see around them – people cheating without incurring any real consequences.

From politicians cheating, to corporate scandals such as Enron, to the steroid scandal in Major League Baseball, to the NFL’s “deflategate,” our students are surrounded by examples of dishonest acts.

My experience shows students engage in a cost/benefit analysis that goes like this: “If I cheat and don’t get caught, the reward is an ‘A’ in the class, admission to a graduate/professional school of my choice or a great job. If I get caught, it isn’t as bad as what Enron did, so the consequence won’t be so bad.”

The example we set as a society is what I have found to be the most significant reason for students cheating.

This also gets combined with a pressure to succeed. These students have grown up in a culture where even the team that scores the least gets a trophy. So they are not prepared for failure.

When they believe they are going to fail (which nowadays is often anything less than an “A”), students will do whatever it takes to avoid it, because they don’t want to let others (often family) down.

High schools are not teaching research

Another reason for student cheating is being unprepared for college level work. Over my many years addressing the issue of plagiarism, I have seen student after student who has written a research paper and not given proper attribution. This is not because they were taking credit for someone else’s words, but simply because they were never taught how to write a research paper.

I have had many conversations over the years with students who truly don’t understand how to write a research paper. So much of high school these days is teaching to the large number of standardized tests. As a result, learning how to research is being lost.

Also, students aren’t being taught how to paraphrase. So, they just cut and paste from the articles they read on the internet – it is easy, quick and takes very little effort to do this.

Some others don’t have any confidence in their own thoughts. So when given the chance to write a paper in which they must share their own ideas, they simply go to the internet and cut and paste someone else’s words or ideas, thinking they are worth more than their own.

I once had a student who cut and pasted large parts of her paper from the internet. When she was asked why she did it, she stated that the author had said what she wanted to say much more eloquently. She said she was afraid of changing it using her own words, as it could be an incorrect interpretation.

This student lacked confidence in her ability to interpret what she read and then translate it in her own words. Another student once shared that he didn’t know as much as the author he took his information from. He concluded, “Why would the professor want to hear the student’s own thoughts?”

This has been a potential downfall of teaching to the test, as many of our secondary educators are being forced to do – students aren’t able to think and problem-solve for themselves.

And when they are forced to do so, they simply take someone else’s ideas.

Cheating could be a cry for help

Some others cheat because they have poor time management skills. College work is challenging, and some students underestimate how long it will take them. When they run out of time, they panic and take a shortcut.

Sometimes these students also have inappropriately prioritized social or extracurricular events over their academic work.

Finally, some students cheat because it is a cry for help. I will never forget a student I met with many years ago for a cheating case.

He admitted responsibility and accepted the consequence of a failing grade in his class. I felt convinced that he truly learned from this incident. However, within the week, he was accused of engaging in the very same behavior in the same class again.

This was very early in my career, and I was ready to remove him from our institution. However, as I found out more, I learned that his girlfriend had just broken up with him, his grandmother (to whom he was very close) had recently passed away and his mother had been recently diagnosed with terminal cancer (I did actually have proof of every one of these events).

The combination made it impossible for this student to focus on his academics. While these incidents certainly didn’t excuse his behavior, they helped explain why he made such bad choices.

He was afraid to ask for help. It was only when there appeared to be no other option, did he open up about what he was dealing with. I was able to hold him accountable appropriately while also making sure he had access to the resources that would help him address his current emotional state.

He went on to graduate from the institution once he was able to get his life back together. Had his faculty not bothered to address the behavior, he would have likely dropped out.

I have never forgotten the lesson this student taught me.

What can administrators, faculty do to help?

I learned to ask more questions. Now, I try to dig a little deeper when trying to find out why a student made a certain choice. Additionally, it has shaped how I present to faculty on the importance of reporting cheating.

So often I hear from faculty either that they don’t want to be the reason a student gets into trouble, or that they shouldn’t have to deal with these issues.

When I tell the story of this student, it reframes for faculty the importance of reporting. It really isn’t about getting the student in trouble; rather, it is about making sure someone with training can interact with the student to help and set the student up for success when dealing with life’s challenges.

When faculty see it as potentially helping the student, they become much more willing to report.

Cheating is a challenge for our society, both at the high school and college levels. We need to remember, however, that it is rarely a thought-out, premeditated act. More often, it is an impulsive act.

To have a real impact, we need to address the underlying issues.

Tomorrow: Students cheat for good grades. Why not make the classroom about learning and not testing? 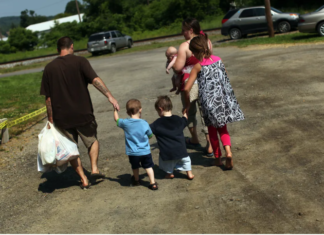 What moons in other solar systems reveal about planets like Neptune...