When tigers stalk their prey, usually in the murky light of dusk or dawn, they are nearly invisible. Whether they live in grasslands, forests or jungles, wild tigers have deep orange coats with dark stripes. So how does such a brightly colored animal stay concealed well enough to hunt successfully?

In my work as a zoological veterinarian, I’ve seen up close how various animals’ coats, feathers, colors, spots and stripes have evolved to either help them attract a mate or disguise them. Camouflage – or “cryptic coloration” – allows them to hide, undetected.

Since tigers are apex predators at the top of the food chain, they don’t need to hide from animals that might eat them. They are carnivores – they eat meat – and they rely on stealth to hunt successfully.

They’re helped by the limited vision of their preferred prey. Deer and other hoofed animals can’t see the full range of colors, much like a colorblind human.

It helps them see better in dim light, but it also makes them vulnerable. To their eyes, the tiger’s fur isn’t bright orange: it looks green and matches the background.

The tiger’s markings also play an important role. Their vertical stripes, which range from brown to black, are an example of what biologists call disruptive coloration. They help break up the cat’s shape and size so it blends in with trees and tall grasses.

That’s important because these predators don’t hunt in groups, like a lion, or have the speed of a cheetah. Tigers are solitary cats that rely on stealth and camouflage to survive.

Stripes even vary among the six tiger subspecies. The Sumatran tiger subspecies has much narrower stripes than the others and has more of them. This helps it stay hidden in its dense jungle home.

Unique as a fingerprint

When you look at different tigers up close, as I do in my work, you’ll see that each of their stripe patterns is unique, just like a zebra’s. No two are the same. They’re as distinct as human fingerprints.

This allows researchers who study them in the wild to identify and count individual tigers. They use remote cameras to take pictures of the animals when they walk by. Using this method, tiger experts estimate that only about 3,400 wild tigers remain across their Asian homeland.

It’s not just their fur that’s inked with black stripes. When we have to sedate a tiger to treat an injury or do dental work, we shave their fur. It’s always surprising to see that their skin almost looks like it’s been tattooed: It has the same striped pattern as its fur!

So if stripes camouflage tigers from potential prey, why are some of them white? Don’t they stand out in the jungle, even with their stripes?

Yes, they do! Because we’ve seen them on TV or in wildlife tourist attractions, we may think they’re common, but they’re not. A genetic mutation in Bengal tigers gives them their milky white fur. Both parents must carry the same very rare gene to produce white cubs. White tigers are bred to relatives in captivity to attract tourists – and inbreeding produces unhealthy offspring.

There were never more than a few white tigers in the wild. The last one was spotted more than 60 years ago. That makes sense in terms of evolution. A white and black tiger is easier to spot than an orange tiger, so it would have a harder time catching its dinner.

Tigers’ distinctive striped coats help them hunt successfully, but it’s also one reason why they’re endangered. People kill them for their beautiful pelts, which command high prices in the illegal international wildlife trade, mostly in Asia. Park guards and conservation groups are working to protect this iconic animal, the largest of all the big cats. 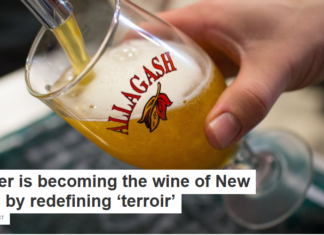