The U.S. and U.K. are engaged in an international dispute about the right to diplomatic immunity.

On August 27, 2019, Anne Sacoolas, wife of a U.S. diplomat resident in the U.K., allegedly struck and killed a British motorcyclist, Harry Dunn, when she was accidentally driving on the wrong side of the road. Shortly afterward, claiming diplomatic immunity, Scoolas fled to the United States.

Since then, Britain has requested that Scoolas return for further questioning. Both countries have argued that the laws and traditions of diplomatic practice support their respective positions.

In my research, I study conflicts over diplomatic practice. While countries might claim legal or traditional rights, contests over diplomatic rights and privileges are fundamentally political, rather than procedural, disputes.

It will likely be resolved on the basis of power, interests and tact – not through appeals to laws.

At the center of the dispute is a contest regarding the scope of diplomatic immunity, a practice that has existed in one form or another throughout history.

In medieval Europe, envoys were seen as representatives of a Christian commonwealth, tasked with encouraging peace. By virtue of this mission, they were considered sacred personages, entitled to the protection of their hosts. Initially this only guaranteed their protection; later it came to mean immunity from all local laws.

As European politics became more complex, the scope of diplomatic immunity expanded to include not just the diplomats themselves, but also their embassies and official mail. The breadth of this privilege was expanded to immunize diplomats’ families from local laws as well.

Over time, what began as a reciprocal practice based in religion and tradition became increasingly regulated. It was finally codified in the 1961 Vienna Convention on Diplomatic Relations, which governed the diplomatic rights and obligations of all signatory countries.

It is to this document that both parties frequently refer in making their respective cases.

Rights under the Vienna Convention

The U.S. is making a strong case that, as specified under Articles 29 to 37, the spouse of a diplomat is automatically accorded the rights to inviolability – freedom from harm or molestation – and immunity – exemption from the laws of the receiving country.

However, the UK is also correct to note that, under Article 41, envoys and their dependents are expected to observe the laws of the receiving country. In addition, according to Article 10, typically, the receiving country should be notified of any decision to leave, which neither Sacoolas nor embassy officials did.

Most significantly, the British argue that the privileges of the embassy and its staff begin and end at their border, under Article 39. In returning to the U.S., they say, Sacoolas has lost those rights and entitlements.

Furthermore, Article 32 shows that the U.S. is in no way obliged to uphold any laws of immunity on Scoolas’ behalf and can waive them if it wishes. This is something that U.S. itself has requested and received from others in the past, such as when a Georgian diplomat struck and killed a Maryland teenager in 1997.

Despite all these technicalities, what this discussion really illustrates is that international law cannot provide the solution to this conflict. Both sides can point to the Vienna Convention and to diplomatic tradition to support their case.

Any decision by the British to press this issue will be a political choice, not a legal imperative.

Symbols of the state

Why is this issue political? Why can’t the U.S. simply waive Scoolas’ diplomatic rights, or the British just look the other way?

Part of the answer is the symbolic nature of this dispute.

Scholars, politicians and journalists often discuss countries in anthropomorphic terms, ascribing them human characteristics and personality. For example, one might say that “the UK decided” or “Russia behaved suspiciously.”

But this language is misleading. In reality, there are are very few places where we can actually reach out and touch or see the “state.” Flags and memorial sites are two examples of symbols that actually act as physical expressions of a country. Diplomats are another.

Those symbols can take on outsized political significance, as they stand in for the country itself. Studies have shown that ordinary people tend to be sensitive to their country’s reputation, often treating it as a sacred object or being, the dignity and honor of which should be protected.

To put it another way, when a country’s symbols are threatened, many people take it personally.

Disagreements featuring individual diplomats are always fraught with the possibility of diplomatic incident, due to the symbolic association between the bodies of diplomats and the “body” of the sovereign state.

Consequently, references to legal principles probably will not satisfy audiences who see their country as a “sacred value” that cannot be bargained away. The public probably will be unsatisfied by any legal result that harms the country’s dignity, even if it is technically correct.

Furthermore, publicizing the problem makes it harder to solve. I think that drawing increased public attention to this dispute, as both President Donald Trump and Prime Minister Boris Johnson have done, likely will make a mutually agreeable settlement harder to achieve – at least while the domestic audiences of both sides are watching. 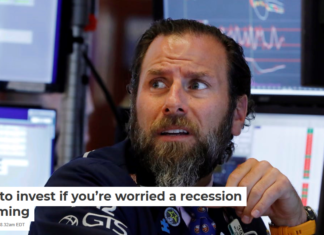 Staff Writer - August 21, 2019
Alexander Kurov, West Virginia University Although the U.S. economy continues to grow and add jobs, talk of a recession is increasingly in the air due...