As with all natural disasters, the public and the business world have reacted with an outpouring of aid for people suffering from Hurricane Harvey’s extensive damage.

The usual appeals for Americans and U.S. companies to open their wallets, however, have been accompanied by increasingly loud calls from some corners urging donors to avoid the American Red Cross, the well-established nonprofit that is part of the worldwide Red Cross and Red Crescent network.

What’s driving this emerging #noredcross movement is investigative reporting that documented wasteful spending after the 2010 earthquake in Haiti and irregularities in relief efforts following Superstorm Sandy and other domestic disasters.

As an accounting scholar who has researched the finances of charities for years, I’m usually the first to criticize waste. But in this case, I believe the Red Cross’s repeated financial and operational missteps need to be put in context.

While being mindful with other people’s money is essential, so is having enough resources in place to do what’s needed during emergencies. And few charities have the resources the Red Cross can muster.

Although the social network partnered with Red Cross affiliates during campaigns to aid victims of Typhoon Haiyan in 2013 and the Ebola outbreak of 2014, it chose not to match donations to the group as a part of its effort to help Harvey victims.

Instead, Facebook drummed up support for the Center for Disaster Philanthropy, matching the first US$1 million in funds donated to the group for Harvey victims.

Facebook’s decision and the recent calls for Harvey donors to steer clear of the Red Cross are part of a a troubling pattern. The public often views high-profile charities as infallible until their mistakes come to light. Then, supporters quickly abandon the groups.

The Wounded Warrior Project, an organization that helps injured veterans, recently experienced this fall from grace when it went from a household name to being called out for excessive spending on advertising and conferences. Despite seeing its donations plummet, the veterans’ charity is continuing its work and trying to get back on what Eric Miller, its chief financial officer, calls a “growth trajectory.”

But the reality is that the vast majority of nonprofits have both critical expertise and fixable flaws rooted in good intentions.

Donors may be tempted to bypass the Red Cross and support other charities. Invariably, though, those groups are just as imperfect. It’s best to understand both the expertise and flaws of each charity, push for improvements and support a range of organizations that collectively possess the expertise needed to help people in need.

Indispensable in a big crisis

Since its shortcomings are both well-documented and getting lots of attention, I think it’s important to highlight what the Red Cross offers:

Although several journalists, activists and scholars are urging donors to avoid the Red Cross, other high-profile appeals, such as those from former President Barack Obama, First Lady Melania Trump and many businesses, are encouraging giving to the 136-year-old organization.

Based on my research about the spending and effectiveness of charities, I can acknowledge the shortcomings of the Red Cross and still see it as a force for good.

It’s true, the American Red Cross would benefit from an overhaul that would make it more efficient and nimble during emergencies. It also should humbly admit its mistakes and rectify them. But without this organization, there would be devastating gaps in the Harvey recovery effort. 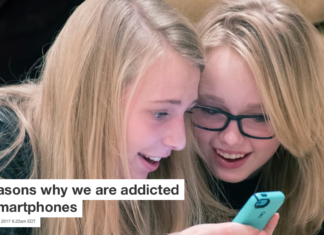 3 reasons why we are addicted to smartphones

Is the US in a recession? Well, that depends on whom...