I didn’t know what the world looked like at 5:00 a.m. until my son began rowing for the Detroit Boat Club Crew, the oldest continuous rowing program in North America.

The sight of young rowers slicing through the water in unison in narrow sculling boats, against the backdrop of dawn on the Detroit River, is simply awe-inspiring.

This year, I am working with the Detroit Boat Club Crew, overseen by the nonprofit Friends of Detroit Rowing, to combine the sport of rowing with a new curriculum that teaches middle and high school students science and mathematical concepts.

Over the next 10 years, STEM job creation – jobs in science, technology, engineering and mathematics – will outpace non-STEM jobs significantly.

Across the nation, STEM jobs are predicted to grow 17%, as compared to 9.8% for non-STEM positions.

People in STEM fields can expect to earn 26% more money on average per year and are less likely to experience job loss in Michigan.

Yet, Michigan is failing to produce enough skilled STEM workers to meet the needs of employers now and may fail to meet them in the future. According to the National Commission on Mathematics and Science for the Twenty-first Century, 61% of the new jobs that will open in the 21st century will require skills possessed by only 20% of the current workforce.

Over the next school year, our group has scheduled rowing and classroom sessions with Detroit youth between the ages of 11 and 15.

Practice for each cohort of 30 students, over the eight-week session, will include experiences on land as well as on the water.

Our curriculum, which aligns with content standards of the state of Michigan, aims to enhance knowledge and skills of rowing techniques.

The basic principles of rowing appear quite simple, but in reality, rowing success is complex. Momentum is transferred to the water by pulling on the oar and pushing with the legs, which causes the seat to slide backwards. The oars pivot on a “lock-pin assembly,” which levers the water backwards. The motion of the boat is complicated by the movement of the rowers within the boat, the current of the water and wind speed.

Rowing leans heavily on STEM concepts commonly found in the fields of mathematics, physics and kinesiology. Through the sport, our curriculum covers works from the famous Greek mathematician Archimedes up through NASA engineer Katherine Johnson.

We are continuing to look for new ways for students to learn complex concepts through rowing.

For example, we are raising money for an indoor rowing tank to provide instantaneous analysis of rowing force data, creating a year-round rowing physics lab. Youth will sit in a boat in the indoor tank and simulate rowing actions. We hope that this will ultimately facilitate students’ analyses of their own and teammates’ activity data.

Promoting critical thinking skills, problem-solving and innovation through STEM education is necessary for job creation and retention for youth in the 21st century. Physical activity and participation in sports such as rowing is essential for mental and physical health and well-being.

We hope that fusing the components of STEM and rowing will result in an engaging educational experience, healthier youth and future careers in high-demand fields. 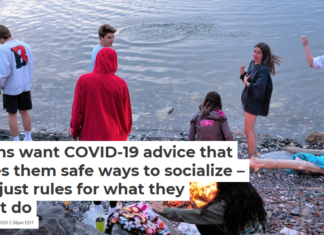