If you’ve been following the news lately, chances are you’ve heard about – or even felt – earthquakes in the central United States. During the past five years, there has been an unprecedented increase in earthquakes in the North American mid-continent, a region previously considered one of the most stable on Earth.

According to a recent report by the Oklahoma Geological Survey, Oklahoma alone has seen seismicity rates increase 600 times compared to historic levels.

The recent uptick in earthquakes in Texas, Oklahoma and several other central US states raises an obvious question: What is causing all of this seismicity?

Several factors can promote the occurrence of earthquakes. There are natural changes caused by the shifting of Earth’s plates, the advance and retreat of glaciers, the addition or removal of surface water or ground water, and the injection or removal of fluids due to industrial activity.

Studies including two reports issued in April, indicate that human activities, including activities related to oil and gas extraction, are beginning to play a significant role in triggering earthquakes in the central US.

Extracting oil and gas from shale rock involves cracking, or fracturing, a layer of underground rock with a high-pressure mix of water, sand, and chemicals. As the oil and gas are released, those injection fluids and briny water also come up. That wastewater is later disposed of in what are called injection wells, or sometimes disposal wells.

It is important to note that it is not the fracking process itself that usually causes these earthquakes; it is the rapid injection of fluid during wastewater disposal that sometimes pumps hundreds of millions of gallons of brine deep into the earth each year.

So do injection wells cause earthquakes?

But this is not a fundamentally new discovery. For nearly a century, industry and academic researchers have recognized that human activities can and do sometimes trigger earthquakes.

Indeed, entire books – including many standard texts used in advanced petroleum geology, geomechanics, and petroleum engineering classes – are dedicated to understanding fault reactivation, rock mechanics, and the ways humans can facilitate these processes for the betterment of humanity.

Additionally, multiple studies and reports, including hundreds of peer-reviewed scientific studies – and independent studies conducted by the National Research Council of the United States National Academy of Science and Engineering – confirm that the injection or removal of fluids can and indeed do trigger earthquakes.

What is unique and exciting about our Azle/Reno study is the unprecedented support and cooperation of the energy industry, which in many instances provided mission-critical data, technical support, and constructive scientific reviews to allow scientists to better assess, model, and understand earthquakes in the Azle/Reno area and across Texas.

In our instance, industry researchers went far beyond state regulatory requirements by providing insight into the location and orientation of regional faults, injection reservoir pressures, and subsurface flow.

The Azle/Reno study highlights how cooperation, transparency, and mutual respect between, industry, academia, and regulators can improve our understanding of seismicity, and help mitigate risk for all parties working, living, and conducting business in Texas.

Can this risk be mitigated?

Human-triggered earthquakes often involve the rapid removal or injection of large volumes of liquids from the surface, or subsurface.

As our study, and many studies – including those conducted by industry – suggest, the key to understanding and mitigating earthquake hazards in Texas and elsewhere is high-quality data, especially data that monitor and assess subsurface pressures, fluid injection volumes, fluid extraction volumes, and regional seismicity with time.

A recent US Geological Survey (USGS) report indicates the seismic hazard in some areas of Texas is now comparable to areas of Oklahoma and California due in part to wastewater injection.

That said, it is equally important to note that thousands of injection wells exist across Texas (and other states) that have no associated felt seismicity. Indeed, at this time, only a tiny minority of injection wells in Texas have been plausibly linked to earthquakes.

Although the rate of seismicity in Texas has clearly accelerated in the past five years, it is still very low across much of the state. This is also generally true for Arkansas, Ohio, Colorado, and Kansas, where links have been suggested between disposal wells and earthquakes.

In short, now is not a time to panic, but a time to take stock of the resources available to make well-informed science-based decisions that allow states to understand, prepare, and mitigate risk associated with earthquake hazards.

There have been studies to develop a general hazard model for injection wells as well as specific strategies on how to reduce risk during and prior to the injection process. These strategies generally include the early detection and location of potentially weak faults, choosing appropriate injection reservoirs that minimize the risk of increasing underground pressure, and adjusting wastewater injection practices to reduce or minimize seismicity.

History dictates that the advent of new technology often leads to new and unforeseen challenges. The printing press, the automobile, and splitting the atom have provided incalculable benefits to humanity but also incredible responsibility.

What is recognized as the Texas-led “Shale Revolution,” arguably one of the most significant innovations of the modern era, is no different.

Our society is blessed with some of the finest scientists and engineers in all of industry and academia. Working together, with support from regulatory agencies, we believe the same scientific prowess, ingenuity, and entrepreneurial spirit that advanced the hydrocarbon industry in the US this past decade can also help address the new challenges and responsibilities emerging. 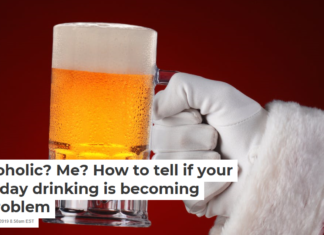 Alcoholic? Me? How to tell if your holiday drinking is becoming...

Staff Writer - December 28, 2019
Sara Jo Nixon, University of Florida It’s the most wonderful time of the year, when holiday parties collide with collegiate and professional athletics events. What...

Even climate change experts and activists might be in denial