The hype surrounding “Black Panther” has been as hyperbolic as any feat its characters might perform, with the film being praised for its layered story and what’s been described as its “Afrofuturist” cast. And “Black Panther” will be joined by “A Wrinkle in Time,” another film with blockbuster potential and an interracial cast.

But no matter how much money or how many awards films like “Black Panther” and “A Wrinkle in Time” amass, our research strongly suggests another reason they’re important: Children need a diverse universe of media images. And for the most part, they haven’t had one.

In the 1970s, Boston University communications professor F. Earle Barcus began publishing the results of content analyses he had conducted on children’s television. His findings showed large disparities between the numbers of male and female characters and between the numbers of white and non-white characters. In a 1983 study, Barcus analyzed over 1,100 characters in 20 children’s television programs and found that only 42 were black. Just 47 others belonged to some group other than white.

Since then, researchers have consistently found that the animated worlds children see on television are out of sync with their real environments.

Over the past seven years, we’ve continued studying this topic at the Children’s Television Project (CTV) at Tufts University, documenting images of different races, gender and ethnicities in the most popular children’s animated series. We’ve also taken steps to try to understand why stereotyped portrayals still exist well into the 21st century. Finally, we’re starting to develop ways to study and collect data about how children process the images they’re exposed to on TV.

In order to categorize the images children see, we’ve developed a system for coding the race, ethnic identity, gender and age of primary and secondary characters in children’s animated television shows. We’ve also included a sociolinguistic component to the analysis, because we know that children are absorbing both sights and sounds as they process media.

The good news is that the world of children’s animated television is more diverse than it used to be. For example, we’ve found that female characters account for just under one-third of all characters. Discouraging as this may appear, it’s a significant improvement from the 1:6 ratio that F. Earle Barcus had previously found, and better than the 1:4 ratio that communications professors Teresa Thompson and Eugenia Zerbinos found in the 1990s.

There’s more racial and ethnic diversity, too. Black characters account for 5.6 percent of our total sample of over 1,500 characters. (A study conducted in 1972 by researchers Gilbert Mendelson and Morissa Young for Action for Children’s Television found that over 60 percent of the TV shows in their sample had no racial minority characters at all.) There are many more Asian or Asian-American characters (11.6 percent), though this likely due to the prevalence of a few popular cartoons featuring mostly Asian characters such as “Legend of Korra.”

The bad news is that there’s still a ways to go. African-Americans represent an estimated 13.3 percent of the U.S. population. Meanwhile, Hispanic or Latinos make up 17.8 percent of the population, but we’ve found Latino characters only made up 1.4 percent of our sample.

Furthermore, stereotypes persist in both how characters are drawn and how they talk, with “bad guys” using non-American accents and dialects. We see this in characters like Dr. Doofenshmirtz from “Phineas and Ferb” or Nightmare Moon on “My Little Pony: Friendship Is Magic.”

To try to understand why stereotyping persists, we’ve interviewed some of the people who write, direct, cast and provide vocal talent for children’s animated programming. While we haven’t completed this part of the study, it seems that economic pressures compel the creators of children’s animated programming to rely on stereotyping as a kind of shorthand.

For example, one director of a popular children’s animated show told us, “If something’s worked before, you tend to just use it again,” even if that “something” is stereotyped. An African-American voice actor reported being in auditions where he was told to make something sound “urban,” a code word for a more stereotyped African-American dialect.

But the real question is why this all matters.

Studies from many fields have shown that it’s important for children to see characters who not only look like themselves and their families, but also sound like them.

There’s a relationship between low self-esteem and negative media portrayals of racial groups, in addition to an association between poor self-esteem and the paucity of portrayals of a particular group. Others have found that media misrepresentations of ethnic groups can cause confusion about aspects of their identity among children of these groups.

In our study of how children process the sights and sounds of animated worlds, we developed a method in which we show children images of diverse animated faces and play voices that use different dialects. We then ask kids to tell us if the person is a good person, a bad person, or if they can’t tell. We follow this up by asking them why they think what they do.

Though we’re not far enough along yet in our research to provide definitive answers to our questions, we do have some preliminary findings.

We’ve found that first- and second-grade children, when presented with a variety of drawn cartoon character faces they haven’t seen before, have no problem sorting them into “good” and “bad” characters.

In fact, many children have clearly developed ideas and are able to tell us lengthy stories about why they think a particular character might be a hero or villain with minimal information. Sometimes this seems to be based on their belief that a character looks like another media character they’ve seen. They’ll then make the assumption that a face they’re shown looks like “a princess” or “someone who goes to jail.” With the lack of diversity in the world of children’s television, it’s not surprising that kids would make associations with so little information. But it’s also a bit alarming – given what we know about the prevalence of stereotyping – that children seem so quick to make attributions of who’s good and who’s evil.

It’s important that children not only have a diverse universe of characters but also that these characters have diverse characteristics. It’s okay for characters to have non-American accents, but good guys – not just bad guys – should have them too. The heroes can be male and female, and non-white characters don’t have to be relegated to the role of sidekick: They can assume leading roles.

This brings us back to why these new films are so groundbreaking. Yes, “Black Panther” is demonstrating that a film about a black superhero can shatter box- office records. Yes, “A Wrinkle in Time” is the first $100 million movie directed by a woman of color.

But beyond all that, these films break the mold by showing the complexity and variety of black male and female experiences.

If more movies, TV shows and animated series follow suit, perhaps we will finally move beyond the underdeveloped and stereotyped characters that children have been exposed to for far too long. 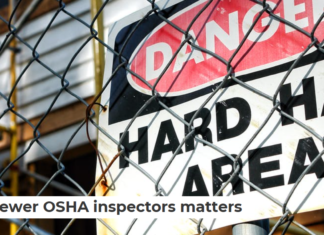