As of January 30, 102 people in 14 states were reported to have measles, and most of these cases are tied to the outbreak that began at Disneyland in December. Public health officials are citing an increase in non-medical exemptions to vaccination as a key factor in these outbreaks.

Last year saw a record number of measles cases – 644 cases and 23 outbreaks – the highest since the measles was considered eliminated in the US in 2000.

Although US vaccination rates are generally high, ranging from 85% to 93%, the Centers for Disease Control and Prevention (CDC) and state health officials across the country have expressed concern about increases in sporadic outbreaks of communicable diseases such as measles and pertussis (whooping cough).

To enroll in school in all 50 states, a child needs to be properly vaccinated, with the exception of students who cannot be vaccinated for medical reasons. Where do exemptions for non-medical reasons fit in?”

In Jacobson v Massachusetts in 1905 the Supreme Court ruled that states can require children document that they’ve received mandatory vaccines before they enter childcare and elementary school. While this is a requirement, all states allow medical exemptions for those with compromised immune systems, prior adverse reactions following vaccination, allergies to vaccine components and certain types of moderate or severe illness.

Most states, with the exception of Mississippi and West Virginia, offer religious exemptions as well. These are for people whose religious beliefs are inconsistent with vaccination. For example, the Dutch Reformed Church has a tradition of refusing vaccines going as far back as the early vaccinations for smallpox in the early 1800s.

Twenty states provide a broader exemptions when vaccination is incompatible with an individual’s philosophy, personal beliefs or conscience. These are called personal belief exemptions, and appear to be increasingly popular among parents concerned about vaccine safety. There were more than 17,000 children in California enrolled in kindergarten with exemption from vaccination in 2013-2014 school year for non-medical reasons.

Exemptions could lead to more illness

Studies over the past two decades have found that allowing non-medical, personal belief exemptions increases the number of exemptions overall, and that more exemptions generally means a higher incidence of vaccine-preventable diseases.

For instance, a 2006 study looked at both state level rates of non-medical exemption use for school-age kids from 1991-2004, and the incidence of pertussis from 1986-2004 in people 18 or younger. From 2001 to 2004 the study found that states permitting personal belief exemptions had higher non-medical exemption rates than states offering only religious exemptions. The states where personal belief exemptions were available and relatively easy to obtain had a higher incidence (more cases) of pertussis.

A 1999 study analyzed data on children collected from the CDC’s Measles Surveillance System between 1985 and 1992. The study evaluated differences in the relative risk of contracting measles among vaccinators and exemptors. Compared to people who were vaccinated, exemptors were were 35 times more likely on average to contract measles. Their data also showed that if the proportion of exemptors increased, so would the number of measles cases among the whole population.

And with my colleague, I studied vaccine-preventable illness incidence data from the National Notifiable Disease Surveillance System from 2001-2008. We found state non-medical exemption laws and DTap vaccine (diphtheria, tetanus and pertussis vaccine) uptake rates are associated with an increase in pertussis cases. The study suggested that increasing non-medical exemption restrictiveness could decrease the incidence of pertussis nationally and an increase in national DTaP vaccine would result in fewer pertussis cases.

Will changing laws about exemptions help?

These studies, along with recent outbreaks of vaccine-preventable diseases, have compelled legislators and public health officials in various states to strengthen vaccination protections. Herd immunity depends on enough people being immune to a disease, so that it can’t be transmitted from person to person. When vaccination levels drop below a certain threshold, the whole population is put at risk. This is why making sure that people are properly vaccinated is important.

There are a host of policy alterations that can be made to strengthen vaccine rules, from requiring annual re-filing of exemption forms, to requiring parents to complete an education requirement, to extending vaccination requirements to private as well as public schools. Many of these legislative fixes fall well short of removing exemptions based on religion or personal philosophy.

For instance Washington in 2011 and California and Oregon in 2014 required that parents obtain a doctor’s signature or take an online course before opting out of vaccination requirements. In Washington, exemption rates dropped significantly after the law was passed. It’s still too soon to tell the laws’ effects in California and Oregon.

Colorado has made changes too. Starting in 2014, the state required parents opposed to vaccinations based on personal beliefs submit to their child’s school either a disclosure statement signed by a health care professional or a certificate saying they had completed an “online education module … that discloses the benefits and risks of immunization to the student and to the community.” That same year, Maryland required that incoming kindergarten and seventh-grade students in the state obtain immunizations before the 20th day of school. Failure to do so means that the student in question may not attend school until they present a record of vaccination.

So could eliminating religious or personal belief exemptions curb outbreaks? We can look to the two states – Mississippi and West Virginia – that only allow medical exemptions. Neither state permits children to enroll in kindergarten without getting their full roster of vaccines – no matter their parents’ personal or spiritual beliefs. Mississippi hasn’t seen a case of measles since 1992 and West Virginia hasn’t seen one since 1994. 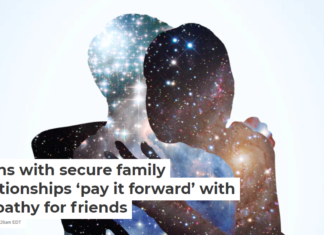 Teens with secure family relationships ‘pay it forward’ with empathy for...

Why some people distrust atheists