Editor’s note: New York state Attorney General Letitia James is suing the National Rifle Association and four of its current and former officials. Brian Mittendorf, an Ohio State University accounting scholar who researches nonprofits, explains what the repercussions might be for the gun group and its leaders.

1. Who is accused of what, exactly?

Though the NRA, the preeminent gun advocacy group, has been a political flashpoint over the years, this lawsuit revolves around its internal operations and whether they comply with the nonprofit laws in New York state, where the organization is chartered. New York’s top legal authorities allege that the NRA improperly made millions of dollars in payments to benefit executives, disguising compensation as business expenses.

The allegations fall into three primary categories: First, NRA funds were improperly spent to personally benefit its executives. Second, its executives also received personal benefits from organizations doing business with the NRA. Third, the group failed to properly disclose these and other transactions in its annual regulatory filings.

Separately, District of Columbia Attorney General Karl Racine is suing the NRA Foundation, a charity tied to the group, for allegedly diverting donations to the NRA itself, which then used them for non-charitable purposes.

While the NRA Foundation is a charity focused on public outreach to promote marksmanship and gun safety, it has also been a financial lifeline to the larger, but more cash-strapped, NRA – which engages in lobbying on gun issues. That lawsuit alleges that the foundation improperly supported the NRA.

There are restrictions on what charities can do in terms of political activities that don’t apply to what are called social welfare nonprofits like the NRA.

A primary responsibility of nonprofit officers and directors is the duty of loyalty, which stipulates that they must always act in the best interest of the organization and not their own personal interest.

The New York suit alleges several instances of LaPierre and other executives being reimbursed for luxurious personal travel and even travel and employment perks for family members.

If these costs – paid by the NRA, which is funded by millions of dues-paying members – were truly for personal and family benefit and without sufficient business purpose, it would constitute a misuse of nonprofit funds.

Most notably, the lawsuit alleges that LaPierre and others routed improper payments for travel that didn’t comply with NRA policies through an outside vendor. This process effectively hid the expenses from NRA oversight as well as from the Internal Revenue Service and New York’s nonprofit watchdogs.

3. How is the NRA responding?

The NRA has dismissed the allegations as a “baseless premeditated attack” while accusing James of staging a political assault on the organization’s defense of gun use and ownership. It did not immediately address any of the specifics cited in the lawsuit.

Some observers – including President Trump – have suggested the NRA flee New York to another state in response to the suit. It’s not that simple, however. Though NRA headquarters is already outside of New York, in Northern Virginia, its charter remains in New York state. And, any attempt to change this status would require the New York attorney general’s support – which currently seems unlikely.

4. What are the potential consequences?

A primary goal of the New York lawsuit is to dissolve the NRA completely. Recent history suggests that the Attorney General can be successful in such efforts – after her office filed suit against the Trump Foundation for its pattern of violating charity laws, it had to shut down. But given the NRA’s much larger size, in my view, it could be a far less likely outcome this time.

The NRA lawsuit also seeks to remove LaPierre from his role as well as to seek fines and reimbursement from him and the other three men who stand accused of wrongdoing.

Finally, the allegations could get the individual defendants into tax trouble down the line. If the NRA is found to have reimbursed them for expenditures that were personal rather than professional in nature, and they did not report them as such on their own returns, the IRS may have something to say about it. 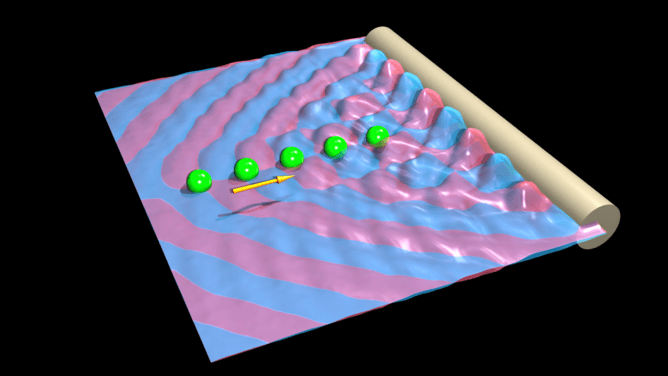 Staff Writer - October 21, 2014
http://youtu.be/ZUYCkHWgVssBy Michael Shats, Australian National University You would normally expect objects that float in water to move in the same direction as waves. But...

2015, the year that was: science and technology

Karma may have a role to play in career progression, but...