When their newborn failed a hearing test, Quinn and Kai were distraught. Their pediatrician reassured them their baby was a candidate for a cochlear implant – an electronic device consisting of an external part worn behind the ear and an internal part surgically placed under the skin – that could partially restore hearing through electrical stimulation of the auditory nerve.

“We were told Casey would go to a mainstream school and learn to hear and talk just like any other kid,” Quinn told us. “The doctors said to speak to him as if he were hearing and not to learn sign language, because it would inhibit his spoken language development.” A few years later, Casey could speak some words but fell short of language milestones. Quinn and Kai’s story is one that is all too familiar to parents of deaf children.

As researchers of language and literacy in deaf education, we regularly see implanted deaf children like Casey arrive at school with limited language and reasoning skills.

September is International Deaf Awareness Month. We want to debunk common misconceptions that can – and often do – harm deaf children.

Cochlear implants are not a proven substitute for natural hearing. After surgery, children must undergo ongoing, intensive therapy to train the brain to make meaning of the sound it hears. Implant users’ understanding of speech is highly variable and declines substantially when talking or other environmental noise is present.

Research shows cochlear implant success is uneven. Although children implanted at younger ages have higher speech and language scores than those implanted at older ages, the majority still perform “below” to “well below” average. In a 2020 study of 136 children with cochlear implants in grades 3-6, teachers reported half had difficulty expressing “many to most” concepts in spoken English, and 13% did not speak English at all.

In fact, sign language is so good for the developing brain some hearing parents teach it to their hearing children to boost brain development and jump-start communication before speech.

The window of opportunity for language development

The idea that sign language can be introduced later, if a cochlear implant is not successful, ignores the basic facts of language development.

In the first years of life, children absorb language like sponges, as long as social interactions are accessible. The longer a child waits for meaningful language input, the greater the risk of never fully acquiring language. The first five years are a critical period for acquisition.

The long-term implications of language deprivation are quite serious. A wide range of adverse childhood experiences are known to be associated with adult disease and health problems. Communication exclusion and neglect experienced by deaf children create toxic stress that can trigger physiological and psychological responses.

In severe cases, individuals may be institutionalized with language deprivation syndrome. They struggle with social and emotional skills, memory, problem solving and judgment, all of which can impact their ability to live independently.

Audism in the medical community

Just as racism is at the root of structural inequalities towards Black, Indigenous and other people of color, audism is institutionalized discrimination against deaf people. The medical community is steeped in hearing-at-all-costs attitudes and beliefs that can lead to language deprivation in deaf children.

Doctors are trained to treat and remedy specific physical ailments. Unfortunately, their training is unlikely to include topics of early language acquisition and sign language.

When a deaf baby is born, parents receive the bulk of their information and advice from the medical community – audiologists, ENTs and pediatricians. These doctors too often discourage sign language, suggesting it impedes speech development. As a result, deaf children risk growing up without a solid foundation in any language, which is dehumanizing and reduces their quality of life.

We believe the medical community must be educated about deaf children’s need for sign language education.

Families can learn sign language along with their babies. It takes two years to acquire conversational skills and five to seven years to develop language fluency, which perfectly matches a child’s language development timeline.

Free services are available to families, including home visits, sign language classes and deaf mentorship. Schools for the deaf are a great resource, as are civil rights organizations like the National Association of the Deaf. For deaf children and their families, taking part in the deaf community can deepen their understanding and appreciation of the deaf experience and increase their linguistic role models, which in turn provides a long-term educational advantage.

The catastrophe of language deprivation is entirely preventable with early sign language exposure. Lack of awareness is all that stands in the way. 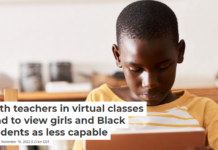 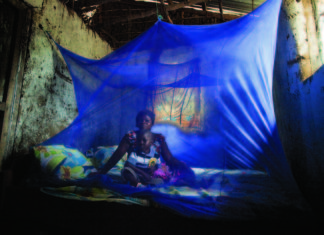