To many, the revelation that Donald Trump Jr. was anxious to get dirt on Hillary Clinton from the Russians will not come as a surprise. It is but the latest example of the take-no-prisoners, anything-goes politics of our day. Sure, soliciting help from a hostile foreign power is exceptional, and it is certainly true that the Trumps have taken “unconventional” politics to new heights. But how we do politics in the United States, the boundaries of acceptable behavior, has been shifting for two decades.

The real surprise – the part of the story that we should be gravely concerned about – is that this disclosure will not matter to a great many American voters. After thinking and writing about politics for two decades, I have come to the conclusion that the real issue we face is not the conduct of public officials or their surrogates, but how nefarious acts are now sanctioned, and even applauded, by so many on both sides of the partisan fence.

So what’s changed in our politics?

For one, the nature of partisanship is different. Until about a decade ago, one’s attachment to a party was centered around policy disputes or cues from groups and associations. But today’s version is grounded in the fear and loathing of the other side. Trunkloads of data, much of it from the Pew Research Center, suggest each side sees the other party as crazy and certainly dangerous. So it does not matter what your side does so long as it keeps the nut jobs on the other side at bay.

A new volume by political scientists Christopher Achen and Larry Bartels further helps to fine-tune our understanding how people vote and which party they identify with. Their book, “Democracy for Realists: Why Elections Do Not Produce Responsive Government,” suggests “issue congruence [between voters and parties], in so far as it exists, is mostly a byproduct of other connections, most of them lacking policy content.” In other words, we don’t think through issues, policies and candidate characteristics, but instead see elections as “us versus them.” These scholars argue voters tie themselves with racial, ethnic, occupational, religious, recreational and other groups, with partisanship as the byproduct. Our group identity, not policy concerns or ideology, determines vote choice. That is to say, we gather comfortably with our tribe and tune out other points of view.

A central force propelling hostility toward the “other” party is the partisan media. Many such outlets have figured out a sustainable business model. Smaller audiences can be profitable, so long as they remain loyal. Loyalty springs from “crisis” and, of course, “menace.” This leads to treating every issue as a true threat to our existence or a usurpation of fundamental “rights.” The other party is always the villain, and your side can do no wrong – so long as it is for the grand struggle.

And then there is the online world. Voters rarely explore new ideas and perspectives, but share, like and retweet concordant ones. We fence in and we fence out. As recently noted by journalist and author Megan McArdle, “Social media, of course, makes this problem worse. Even if we are not deliberately blocking people who disagree with us, Facebook curates our feeds so that we get more of the stuff we ‘like.’ What do we ‘like’? People and posts that agree with us.”

Is the filtering of information really a new development? It is not at all clear that voters have ever absorbed a broad range of information or shifted though competing evidence. It is likely party bosses, elected officials, candidates and even media elites have always been able to manipulate mass opinion to a degree. Cognitive time-saving cues, especially party identification, have always been used to sort and filter.

But something very different is happening today. In the recent past, news was more widely viewed as objective, leading to a high degree of accepted facts and authority. When the news media unraveled the story of Watergate, for example, citizens of all partisan stripes accepted it as fact. What scholars dubbed “short-term influences” could override partisan leanings.

Which leads us to “alternative facts,” the aggressive spinning of policies and arguments regardless of contrary verifiable information. This may be a game-changer in our politics. The barrier for evidence has, it seems, evaporated, and emotion-rich information is used to draw more viewers, readers and listeners. If we add the continual drive for fresh “news” and the high costs of creating traditional journalism, we are left with little consensus or authority. New York Times blogger Farhad Manjoo put it this way: “We are roiled by preconceptions and biases, and we usually do what feels easiest – we gorge on information that confirms our ideas, and we shun what does not.”

Finally, popular culture has also probably contributed to our growing indifference to nefarious acts. We pick our reality show contestant and applaud every backhanded, despicable move that gets him across the finish line. There can’t be two winners or a collective good, only a sole survivor. Or shall we say that only one apprentice can get the job? And the best part of the show – the segment that really gets the producers juiced – is when things get truly ugly.

The latest Trump team revelation is a shocker, but even more stunning is the meager impact it will likely have on his supporters. As noted in a recent USA Today story, in Trump country the Russia disclosure is no big deal.

As voters, citizens are called to judge those in power. But there must be an objective standard for the assessment, which is why the framers of the Constitution put so much stock in a free press. The governed in a democracy must be willing and able to fairly judge the acts of the governors. But today “your side” has always done a good job and the “other” party has always failed. Any contrary revelation can be explained away as fake news.

The key ingredient in the democratic accountability process – objectivity – is disappearing, and the foundation of our limited government has been shaken. In Federalist #51 and elsewhere, James Madison wrote, “A dependence upon the people is, no doubt, the primary control on the government…” Many are starting to wonder if Americans are up to the job – and whether the fate of the grand experiment is at risk. 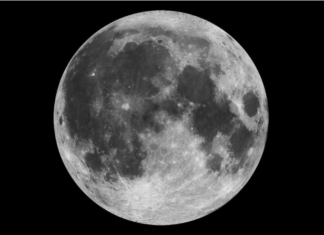 Staff Writer - January 28, 2018
Shannon Schmoll, Michigan State University During the early hours of Jan. 31, there will be a full moon, a total lunar eclipse, a blue moon...