By the time the application window closed, Amazon had received 238 proposals from cities and regions throughout North America looking to become the second headquarters of the behemoth tech company.

Amazon invited proposals especially from places that looked a lot like its native Seattle: metro areas with more than a million people; a stable and business-friendly environment; communities that could “think big and creatively” about real estate options; and a location that would attract and retain technical talent.

In the race to attract high-tech companies, what can cities and regions do to become centers of innovation? At the moment, some places are clearly in the lead.

By my analysis of data from the U.S. Patent Office, Santa Clara County, California, is sprinting ahead of the country. Between 2000 and 2015, more than 140,000 patents were granted in Santa Clara County. That’s triple the number for second-ranked San Diego County.

These counties are in large metropolitan areas that are known as technology and innovation centers, including San Francisco, San Diego, Boston and Seattle. The other metro areas in the top 10, not the usual tech-hub suspects, are Greater Los Angeles, Detroit and Phoenix.

Besides large concentrated populations, these metro areas share two other ingredients that support innovation. All of them have one or more leading research universities and a large proportion of college-educated people.

Santa Clara County is home to Stanford University, an institution that has become synonymous with the high-tech and innovation economy of Silicon Valley.

Stanford’s rise as a world-class research university coincided with a rapid increase in federal and military spending during the Cold War. The university’s suburban location gave it an advantage, too, by providing land for expansion and for burgeoning high-tech companies. Stanford’s leadership aggressively courted research opportunities aligned with the priorities of the military-industrial complex, including electronics, computing and aerospace.

As a leader in patents, Santa Clara County benefits from a well-educated population, with more than half a million adults over 25 years of age holding a bachelor’s degree or higher, the 10th-highest figure in the country.

For counties that contain one or more of the country’s “131 Doctoral Universities with Very High Research Activity,” as ranked by Indiana University’s Carnegie Classification of Institutions of Higher Education, the average number of patents filed was 6,686, compared to only 371 for counties lacking one of these research institutes.

Another common trait about most of these centers of innovation is the jaw-dropping cost of housing.

The median sale price for houses in San Jose in Santa Clara County exceeded US$1 million for every month in 2018. Between 2000 and 2017, house prices more than doubled in the California and Washington state counties with the highest number of patents.

Competition for higher-wage talent pushes up housing and other costs in these innovation centers. Although housing prices increased in greater Boston, Phoenix and Detroit, they remained relative bargains compared to the West Coast.

The threat of rising housing costs and gentrification was one of many reasons why residents protested the planned building of Amazon’s second headquarters in the New York City borough of Queens. The company has now decided to pull out.

Rising living costs in these tech centers can create innovation opportunities for communities inland where living costs are lower. There are more than 4,600 degree-granting institutions located across the U.S. in communities large and small.

In my view, one way to unleash innovation would be to tap into the rich diversity of students, faculty and communities at two- and four-year colleges beyond the typical top 100 research institutes.

For example, universities might invest in inquiry-based programs, where learning is guided by questions, research and discovery rather than simply receiving knowledge. Or, they could focus on lifelong learning and entrepreneurship training.

In this way, it may be possible for smaller colleges and universities and the communities they serve to provide alternative pathways to innovation. If this happens, the technology giants of the future may be fighting to locate in the middle of the U.S., rather than the coasts. 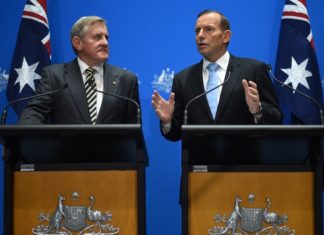 Staff Writer - October 20, 2014
By Peter Gahan, University of Melbourne The Abbott government’s Industry Innovation and Competitiveness Agenda is an economic policy statement likely to define its term in...

Why are prices so high? Blame the supply chain – and...