Does it matter that people seem to have become more interested in suicide – expressing more suicidal thoughts, while becoming more likely to research ways to commit or prevent suicide – in the wake of the popular Netflix series “13 Reasons Why”?

According to new research my colleagues and I conducted, suicide-related Google searches increased in the weeks following the spring release of the popular Netflix series “13 Reasons Why.”

The show – which became the streaming service’s most discussed series on social media – chronicles a high school girl’s suicide over the course of 13 episodes. In the season finale, the suicide is depicted in a three-minute scene.

Singer Selena Gomez, the executive producer of the show, said she hoped the series would raise suicide awareness. Yet some – including educators and school psychologists – fear the series glamorizes the victim and her suicide in a way that could promote copycat behavior.

In recent months, stories about the possible effects of the series have circulated in the media. In May, The Washington Post reported that school administrators in Florida were witnessing more risky behaviors among their students, from self-mutilation to suicide threats. In June, People magazine told the story of a young man in Peru who took his own life, leaving behind recordings in a way that mimicked the main character in the series.

Our study adds to this discussion by considering a novel source: search data. Because the internet is a place where people can anonymously search for information free of judgment, researchers can see what’s on the mind of the public by monitoring what they’re searching.

For this reason, my colleagues and I will often turn to the internet to track real-time trends in mental heath and other health concerns in order to better understand how the public is thinking, feeling and behaving. (For example, earlier this year we demonstrated that Charlie Sheen’s HIV disclosure in 2015 corresponded with record levels of interest in HIV testing, which showed search trends could signal concrete prevention outcomes.)

With “13 Reasons Why,” we wanted to see how the content and volume of internet searches about suicide changed after the series’ release. We analyzed suicide-related searches from March 31, the day the series was released, to April 18, the day before former NFL star Aaron Hernandez committed suicide in prison (a national news event that likely caused suicide-related searches to spike on its own). Then we compared these results to the expected search volumes had the series never been released, figures we arrived at by analyzing daily search trends between January 15 and March 30.

Compared to the searches between January and March, searches that signaled suicide awareness (terms such as “suicide prevention”) and suicidal ideation (terms such as “how to commit suicide”) increased following the release of “13 Reasons Why.” People were also more likely to use search terms like “teen suicide,” “suicidal thoughts” and “how to kill yourself.”

Together, suicide searches were 19 percent higher for the 19 days following the series’ release compared to the period before the release. That figure reflects over one million more searches than what would have normally been expected.

While heightened suicide awareness can be a good thing, the spike in searches that indicate suicidal ideation, from ways to commit suicide to suicidal thoughts, could signal a more disturbing trend. Prior research has shown that suicide search trends are correlated with actual suicides, and media coverage of suicides concur with increased suicide attempts.

While we don’t know whether any specific search preceded an actual suicide attempt, the trends we found in search data suggest that the show’s creators probably have an obligation to mitigate suicidal ideation in the future.

Netflix did give “13 Reasons Why” a TV-MA rating, and a few episodes did have specific warnings for explicit material.

But if they want to go further, they could follow the World Health Organization’s media guidelines for preventing suicide by removing the scenes that depict the actual suicide. They could also display suicide hotline numbers at the start of each episode. These suggestions could be retrofitted to season one and considered prior to the release of the second season.

Either way, the findings underscore the value of big data from online social systems. Whether it’s searches about suicide, HIV testing or other health concerns, the rapid and reliable information from search engines can make public health agencies more responsive to the populations they serve. 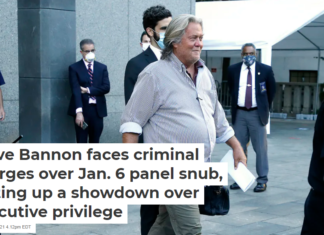