Later this month, the EPA could finalize a controversial rule to limit what scientific research the agency can use in writing environmental regulations.

I write as an academic who has been involved in air pollution issues for over 50 years and a former EPA assistant administrator for research and development, a political appointment position, under President Reagan. To understand why this proposed change is so controversial in the scientific community, including the EPA’s own Science Advisory Board, one needs to understand a landmark study in the history of air pollution control and science policy.

Done by Harvard researchers, the 1993 Six Cities study identified fine particulate pollution that goes deeply into the lungs, largely produced from fossil fuel combustion, as being harmful to health. This core finding, along with other studies, led to new standards that saved thousands of lives.

But under the current proposal, data from that study could not be used to inform EPA policy because the underlying data was not made publicly available.

Attacking the Harvard Six Cities study as “secret science” has been central to a long and fierce onslaught in the much broader battle over the role of science in protecting the environment. This attack is now poised for success under industry-friendly EPA Administrator Scott Pruitt.

When the EPA was formed in 1970, among its major challenges was controlling smoke from coal-fired power plants and industries as demanded by the Clean Air Act. The CAA requires that science, not economics, determines enforceable outdoor standards.
The gold standard for epidemiology, or the study of diseases and its causes, is the double-blind randomized control trial. In these trials half of an affected volunteer group is given the potential therapy and the other half a placebo – and neither the researcher nor the patient knows which until the code is broken.

But that is an impossible standard for environmental epidemiology. Imagine the outcry if scientists were to secretly expose half of a community to a pollutant.

Instead, public health researchers look at differences in pollution exposure among individuals or communities, such as the extent of pollutant sources. And we do our best to account for potentially confounding factors, such as cigarette smoking. Validation of findings occurs through addressing the same question in different ways by different researchers.

The Six Cities study found a clear correlation between pollutant levels and pertinent adverse health effects, including a higher risk of mortality.

In response, representatives from different industries attempted to get the raw data and derail new regulations. Similarly today, Pruitt’s allies, including those in industry, say that making data publicly available ensures that scientific studies can be reproduced, and thus that any regulations based on that science are justified.

Then as now, many scientific investigators viewed these efforts as a way to pore over the complex data sets so as to find minor blemishes that could be falsely magnified into scars. The result would force these academic scientists to spend much of the rest of their careers defending this one study.

The Harvard researchers refused to release the confidential data on about 8,000 people in six cities to representatives from industry. In an interview, one of the lead authors of the study, Frank Speizer, expressed concern over “biased groups” having access to the data which could set a precedent that “will undermine future research by academic institutions.”

Left out of industry’s current narrative is that the raw data were turned over to the Health Effects Institute. HEI is an independent research organization funded equally by the EPA and the American automobile industry. Their thorough reanalysis of this and the even larger American Cancer Society study concluded:

“Overall, the reanalyses assured the quality of the original data, replicated the original results, and tested those results against alternative risk models and analytic approaches without substantively altering the original findings of an association between indicators of particulate matter air pollution and mortality.”

Most importantly, many subsequent studies in the U.S. and internationally provide a coherent body of information that confirmed the core findings of the Six Cities study.

But industry continued its attack. In 1999 Congress passed the Shelby Amendment. It requires that data from all federally funded studies be made publicly available subject to the FOIA Act.

A 2013 Congressional Research Service analysis showed that this provision has not been used regularly. Yet it has been used to challenge existing regulations: Recently, industry spuriously claimed that data obtained by FOIA invalidates a study that supported the causation of leukemia by formaldehyde.

Other options for Pruitt

Success in selling their assertion of secrecy and of bias has led to the current Republican-led House to pass what I would consider anti-science bills. One would require raw data be made available for studies on which regulation is based, which would greatly reduce the number of studies used by the EPA. The other would change EPA advisory processes to limit involvement by knowledgeable academics. When these bills failed in the Senate, Pruitt moved to institute them administratively.

Administrator Pruitt has other avenues to address his concerns. He could fund further research on the subject of particulate health effects. He could develop an HEI-like independent organization that mixed EPA funding with funding from the fossil fuel industries to fund such research. He could ask the National Academies of Sciences, or set up his own expert committee, to review the specific issues presented by the Harvard or similar studies or to evaluate whether EPA regulatory actions would be improved by changing its advisory process or by requiring raw data for the underlying science. He could work toward nominating a new assistant administrator for research and development with a mandate to pursue these scientific and organizational issues.

Instead, Pruitt is moving to rid the EPA of the science needed for effective regulation. He has particularly focused on academic scientists, who are more independent and whose careers are at risk if they get the science wrong, in favor of those industry consultants who get further industry funding if they can cleverly find blemishes and magnify them into scars.

This attack on American science has shrewdly used the alleged shortcomings of the Six Cities study to cloak its goals. Its potential impact goes well beyond the EPA’s regulatory effectiveness to the underlying role of science in American society. 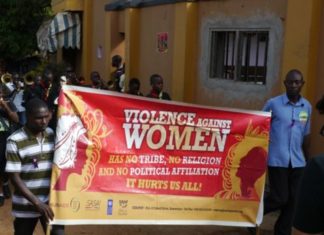 Brutal beauty: the rich heritage that means these buildings must be...