By Liz McFall, The Open University

The period of Open Enrollment, the annual window in which eligible Americans can sign up for health insurance under the Affordable Care Act (ACA), has got off to a fairly smooth start. Even so it is clear that the act, also known as Obamacare, has another difficult year ahead. The attempt to introduce a “fairer”, more affordable healthcare system has been notably controversial from the start and this looks set to continue.

Republicans are in control of both houses of Congress following the mid-term elections and have renewed their commitment to repeal Obamacare. The Supreme Court is also to consider another challenge to the law under King v Burwell. The never-popular act’s approval ratings, according to a recent Gallup poll have hit a new low of 37%.

These troubles persist even though the number of Americans without health insurance has dropped substantially. Around 8m signed up by the end of the first Open Enrolment period and recent estimates place the newly insured figure as high as 10m.

And the troubles persist even though many of initial recruitment and technical problems have now been resolved. On the first day of open enrollment last year the healthcare.gov site that users have to pass through, failed so comprehensively that only six people managed to sign up. This year, 100,000 signed up through the site on the first day.

Viewed from a European perspective, the act’s troubles can seem baffling. The healthcare law is designed to prevent those who are not poor enough to qualify for Medicaid – the government insurance programme for people with low income or a disability – or fortunate enough to be covered by their employers from being met with ruinous bills if they fall ill. In a country where medical bills are responsible for the majority of personal bankruptcies, a law that offers substantial federal subsidies to help create a fairer distribution of healthcare costs, might be expected to be electoral magic. But things have not been quite that simple.

One of the most confounding things about the ACA’s attempt to create a fairer distribution of healthcare costs is how stubbornly it has been resisted by the very people whose lots it might do most to improve.

This would make little sense viewed from a perspective in which public welfare, public health and public good are considered near synonyms. But they are far from synonymous in America. In the US, welfare carries negative, paternalist associations and “fairness” is measured against individual freedom first.

All of this was apparent in a very interesting argument over broccoli that was heard by the US Supreme Court. Broccoli was used in the debate over whether it was legitimate for the state to intervene to force individuals to consume something considered to be for their own good.

Health insurance and broccoli are both good for people but it does not follow that it is good for the state to mandate their consumption. Any such goods have to be weighed against the freedom to take your own risks and the right not to be held responsible for the risks taken by others.

The act is already in place but Republicans are still expected to target the legality of the “individual mandate”. Most controversial of all, the provisions is the mandate that compels all uninsured Americans to take out cover or face a penalty. Outrage has been ramped up by the stupidity storm surrounding comments made over the years by Jonathan Gruber, the MIT economist described as one of the ACA’s architects.
Gruber was filmed saying:

The lack of transparency is a huge advantage. And basically, you know, call it the stupidity of the American voter or whatever. But basically that was really, really critical to getting the thing to pass.

These remarks have been taken up by opponents as a mark of the “elitist arrogance” of those who consider the public too stupid to know what’s good for them. They sound like a blunt confession of the closed-door deceit used to enact the law.

Gruber may have thought he was making a banal point about the need for expediency to get laws passed. But what things are called matters. Labels like taxes or penalties, Obamacare or Affordable Care, healthcare or welfare, have a major effect on how the same provisions are publicly understood – and how deeply they are resisted.

So is it fair?

The impossible question to answer amid all this controversy is whether the act does actually distribute healthcare costs in a fairer way. The ACA has turned into a national proxy for the deadlocked debate about the proper role of government. But it is not political deadlock that makes the question impossible.

The question is impossible to answer without some practical qualification. Fair to whom and to what purpose? The middle classes, the poor, the old and the wealthy are all likely to see fairness differently. Insurers, too, have had their own version of fairness undone by the act; it is fair in actuarial terms to discriminate against pre-existing health conditions but it is not legal under the act. Instead, a new kind of fairness – to be as healthy as you can – is to be insured.

And selling people this new idea of healthcare fairness is not easy. It is a challenge that is being felt on both sides of the Atlantic. The welfare model of the UK’s National Health Service is currently under threat. The 2012 Health and Social Care Act, which introduced more competition and private provision, together with the Transatlantic Trade and Investment Partnership, the EU/US free-trade agreement that has also caused so much controversy, should provoke an equally intense debate about what form a fair healthcare system should take.

Liz McFall does not work for, consult to, own shares in or receive funding from any company or organisation that would benefit from this article, and has no relevant affiliations. 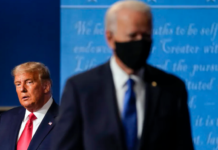 21 million Americans say Biden is ‘illegitimate’ and Trump should be restored by violence, survey finds 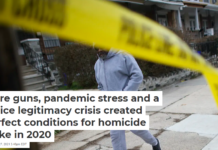 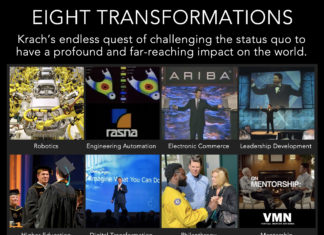