President Donald Trump recently raised the ante with his promise to unleash a wave of new infrastructure spending. During his first State of Union address, he conjured up images of “gleaming new roads, bridges, highways, railways and waterways all across our land” without getting into the details.

The White House will soon unveil
Trump’s “Infrastructure Incentives Initiative,” which Trump now says will usher in at least US$1.5 trillion in spending. That’s a 50 percent jump from the $1 trillion he had previously pledged and nearly triple the money he talked up on the campaign trail.

With only $200 billion in federal funding apparently on the table, and ample questions
from the lawmakers who need to approve that money about where even that sum will come from, will the plan deliver?

A draft of his plan indicates it would rely on states, local governments and, most importantly, private investors to contribute the rest of the $1.5 trillion pie. As researchers studying ways to boost private infrastructure spending, we believe that it will fall short because it does not address private investors’ key concerns, and it would not work for many kinds of high-priority projects.

During his address, Trump repeated a message he’s made many times before: that private investment should help pay the nation’s infrastructure bill. “Every federal dollar should be leveraged by partnering with state and local governments and, where appropriate, tapping into private-sector investment – to permanently fix the infrastructure deficit,” he said.

That makes it sound like he favors “public-private partnerships,” or P3s, the most common way governments attract and leverage private investment.

Here’s how they work. A public sponsor – either the federal government agency or a state or local government agency – contracts out part or all of the financing, construction, maintenance and operation of a project to a group of private companies following a competitive bidding process.

The amount of infrastructure money in new U.S. P3s has waned in recent years. It fell to $710 million between 2011 and 2014 from higher levels seen a few years earlier, the most recent period for which data is available. And P3s only facilitated about 1.5 percent of the $4 trillion all levels of government spent on highways between 1989 and 2013, according to the nonpartisan Congressional Budget Office.

However, the number of pension funds and other institutional investors putting money into infrastructure has doubled.

Investors do not say that a lack of federal subsidies, like the $200 billion Trump reportedly seeks, is a big bottleneck. Instead, to draw much more private investment, the U.S. needs clear, consistent regulations that will help make projects more likely to withstand any shifts in political power – such as when the majority party changes at any level of government.

Establishing a more successful track record for these partnerships, which have often faltered, will also help.

One step the U.S. could take now is to follow the examples set by Australia and Canada, where more infrastructure is being built through these partnerships. Specialized P3 teams in those countries have developed uniform competitive bidding processes, standardized contracts and project pipelines all based on lessons learned from prior partnerships.

The spotty track record for some U.S. efforts to establish P3s underscores the importance of that kind of coordination.

California, for example, sought in 1989 to harness four of these partnerships as “demonstration” projects. It only completed two of those four.

Because the department agreed to not build free roads running parallel to the tolled ones, a public outcry ensued after the 10-mile-long road opened to traffic in 1995.

Orange County then bought out the private-sector partner stake in this project eight years later, cutting its long-term contract short.

Expanding the South Bay Expressway, the other P3 California announced in 1989 that got done, took until 2007 to complete. Three years later, the project’s private partner declared bankruptcy, largely because of years of litigation that delayed the onset of tolls – which then generated less revenue than expected.

These planning errors, which were due to lack of experience, undercut confidence in the partnership approach for investors and the public alike.

But the Trump plan’s leaked preliminary details, such as an “interagency selection committee” administered by the Commerce Department and “federal technical assistance” with “no funding provided,” sound like they will fall short of what’s required.

We believe that unless the Trump administration – despite his disdain for bureaucracy – establishes new government offices to oversee federally backed P3s, it is likely to repeat the errors that hampered California’s pioneering projects.

If they build it

With infrastructure, investors are looking for relatively stable returns and less risk, more akin to bonds than stocks. This makes financing these partnerships attractive for pension funds and other institutional investors.

At the same time, it makes investors more eager to back projects that already exist and are generating revenue through user fees, such as toll roads, airports, ports and some transit projects with nearby land that can be sold or leased.

In the U.S., however, the government mainly needs the private sector’s help meeting other less profitable priorities, such as improving water quality, expanding public transit and building levees.

Although those projects may not be attractive to investors, they can stoke economic growth and productivity while fostering a higher quality of life.

Interestingly, Trump’s infrastructure plan may resemble India’s approach, which has had mixed results since its 2004 inception. There, the national government foots about 20 percent of the bill when it enters into public-private partnerships, just as the White House proposes to do.

The Indian policy was intended for toll roads and airports for which the government fixed the user fees. The subsidy closed the gap between this regulated revenue stream and investors’ expectations.

However, India has failed to spend most of the money it budgeted for this initiative, suggesting that it will take more than subsidies to entice private investment.

Between India’s track record and signals about insufficient federal guidance and support for public-private partnerships, we doubt that Trump’s plan, as drafted, would catalyze the $1.5 trillion in infrastructure spending he envisions. 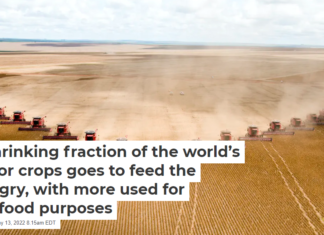 Staff Writer - May 14, 2022
Deepak Ray, University of Minnesota CC BY-ND Rising competition for many of the world’s important...

Think indoor tanning is a safer alternative to sitting in the...

What are dark patterns? An online media expert explains