Most people go to school with the expectation that it will lead to a job. If this is the case, then it makes no sense for the federal government to have separate departments for schools and jobs. Or so goes the logic behind the Trump administration’s proposal to create a Department of Education and the Workforce that merges the federal Education and Labor departments.

However, as a political scientist who researches education policy, I see several major problems with the planned merger.

Education is more than workforce training

The Trump proposal assumes that the government should build a career pipeline and that young people must fit within it. The Trump administration takes for granted that the existing economic power structure is just and should be supported by the schools.

That approach is at odds with the fact that, historically, colleges have been a place where young people – aided by the liberal arts – can envision new ways of distributing power in society. However, the Trump administration seems to see little room in higher education for the liberal arts. Instead, the Trump plan is more of a call for institutions of higher education to serve American businesses, not nurture democratic dreams.

That much can be gleaned from a new report – “Delivering Government Solutions in the 21st Century” – in which the Trump administration lays out its political philosophy.

The Trump administration wants the federal government to focus on “maximizing the effectiveness of skill-building efforts” and build an “education-to-career pipeline.”

The report states that this plan is the next step in a series of bipartisan government reform initiatives. For instance, in 2014, President Barack Obama signed into law the Workforce Innovation and Opportunity Act. The law authorizes the federal government to develop programs to educate and train workers to improve their job prospects. To get federal funds, states needed to “align content standards for adult education with State-adopted challenging academic content standards.” In other words, the Obama administration regulated education to prepare young people for the job market. The Trump administration takes it a step further by arguing this can be better done if one department oversees all of the nation’s employment, training and education programs.

In order to become a reality, the plan must get congressional approval. Up to now, this appears unlikely. In 2015, Congress passed a major education law and seems committed to working with the Department of Education. One of the sponsors of the Every Student Succeeds Act, Patty Murray, D-Wash., has called the proposed governmental restructuring “unrealistic, unhelpful, and futile.”

As did the Obama administration, the Trump administration sees a federal role in promoting individual and national economic growth. Both Democrats and Republicans have sometimes disagreed on whether this is best accomplished by eliminating the Department of Education as a stand-alone entity.

In my view, it bears emphasizing that government ought to subsidize things that are not immediately profitable. College is a time for young people to learn about the best that the world’s civilizations have to offer and to think about justice, beauty and truth. A liberal arts education has the potential to liberate young people from the prejudices of their time. Yet, the Trump plan is virtually silent on the liberal arts.

The Trump administration may not succeed in its plans to create a Department of Education and the Workforce. But its narrow conception of higher education as workforce training weakens our democracy and its commitment to providing all young people with the opportunity to broaden their thinking.

If the next generation is going to create a better world, it will need to think differently. A liberal arts education is one of the best ways to do that. 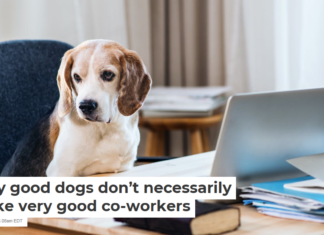 Staff Writer - April 29, 2020
Jessica Myrick, Pennsylvania State University Because of the COVID-19 pandemic, many of us are working from home in close proximity to our human children or...