Many reacted to President Donald Trump’s decision to withdraw from the Paris climate accord with understandable dismay, fearful that the U.S. is shirking its global leadership role, will fall behind in green technology and is helping usher in the worst effects of global warming.

Let’s take a collective breath and think about what withdrawal really means. After weighing many pros and cons, I believe it’s sensible to conclude it doesn’t really matter.

That’s because efforts by cities, states and companies are already underway to keep up the spirit of Paris, even if the feds won’t. We’re at a point where ecological forces such as climate change are increasingly driving economic behavior, as I explored in a 2009 paper, which is making these efforts to combat it more inevitable, regardless of Trump.

While the Paris withdrawal is unfortunate, there’s a bigger threat.

From a political perspective, the United States has often been a noncontributor in the global carbon emissions reduction game.

The United States signed but never ratified the Kyoto Protocol – citing many of the same reasons as President Trump (large, developing countries are held to lower standards, and this will put the U.S. at a competitive disadvantage).

Yet there was far less outrage with Kyoto – probably because people knew less about climate change. We know more now and realize that climate change is real and poses serious threats – anyone who actually reads the evidence comes to this conclusion.

The actual performance of the Kyoto Protocol, however, does give us reason to worry today. While some countries did limit their emissions, many did not. The largest polluters (e.g., China and the United States) did not participate, so the carbon emissions problem continued to get worse, which is a serious problem.

Fortunately there are trends in force that will likely limit the practical effect of Trump’s decision and, in fact, may make it almost meaningless over time, for three reasons.

Before I get to those, a brief economics lesson. Economist Joseph Schumpeter in his 1942 book “Capitalism, Socialism and Democracy” popularized the term “creative destruction.” Schumpeter used this term to describe the process whereby old, inefficient capitalist systems, industries and ideas are destroyed by newer, more industrious and more highly valued capital.

For example, been to a video rental store lately? Me neither. While video stores were useful in their time, technology changed the game (seemingly overnight) and they became obsolete. This same creative destruction is beginning to occur now for oil, gas and other nonrenewable energies. Companies such as Tesla point to the future, and Schumpeter would state this is not only a good thing, but inevitable.

Global warming isn’t going to disappear, and engineers, scientists and companies in the United States know this and will push development – regardless of any accords. That leads me to my three reasons.

First, states, cities and corporations in the U.S. can set carbon targets on their own that meet (or ideally beat) global goals. For example, OneNYC’s 80×50 commitment to reduce emission in New York City by 80 percent by 2050. If more cities, states and corporations commit to ambitious environmental goals, than President Trump not signing the accord looks less important – and may, ironically, kickstart more innovation.

Second, those cities and states that accomplish ambitious environmental improvements will benefit from new technology and cleaner environments and will probably attract highly educated citizens who appreciate progressive development. And that in turn could pressure other communities to follow suit as they witness the benefits.

Third, the rest of the world will act likewise, so the countries that lead with green technology will have a significant competitive advantage in the future (both domestically and internationally).

So while I’m not pleased Trump withdrew from Paris, I’m comforted that the impact will be limited.

Americans should be less concerned about Paris and far more so with what is happening at the Environmental Protection Agency (EPA). The administration’s changes and proposed cuts will have a much more meaningful impact on the environment, from the air we breathe to the water we drink, which will also harm the economy.

In fact, the EPA – notably established by President Richard Nixon in 1970 – has been underfunded for many years. Its workforce has declined 15 percent since 1999.

The recent water crisis in Flint, Michigan, offers a vivid illustration of what happens when funding for environmental protection is cut: It becomes harder to spot, study, analyze and solve problems like Flint’s. And many other areas in the country face similar threats from polluted drinking water.

The threat of climate change is real, and our withdrawal is disappointing, but creative destruction will continue and local governments and individual companies will pick up the slack. The effects of a weakened EPA, however, can’t be made up for elsewhere.

The consequences are far more important and immediate than Paris. 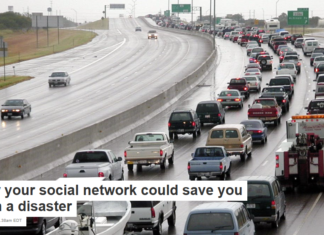 Can you truly own anything in the metaverse? A law professor...