By severely restricting or even barring the ability to engage in necessary, life-sustaining activities in public, like sitting, standing, sleeping or asking for help, even when there’s no reasonable alternative, these laws are essentially persecuting homeless men, women and children.

As law professors who study how laws can make homelessness better or worse, we encourage cities, suburbs and towns to avoid punishing people who live in public and have nowhere else to go. One big reason: These “anti-vagrancy laws” are counterproductive because they make it harder to escape homelessness.

Many paths to not having a home

Why do at least half a million Americans experience homelessness at any time?

Researchers find that most people who become homeless have nowhere to live after being evicted, losing their jobs or fleeing an abusive partner.

Many emergency homeless shelters are perpetually full. Even those with beds to spare may enforce rules that exclude families, LGBTQ youth and people with pets.

And when homeless people can stay in shelters, often they may only spend the night there. That means they have to go somewhere else during the daytime.

As the number of people facing homelessness increases, local residents are demanding that their elected officials do something about the homeless people they encounter in their daily lives. The leaders of cities, towns and suburbs are often responsive.

But more often than not, municipalities don’t address the underlying problems that cause homelessness by, say, providing sufficient permanent housing, affordable housing or shelters with minimal barriers to entry. Instead, criminalizing homelessness is growing more popular.

Over the last decade, city-wide bans on camping in public have increased by 69 percent while city-wide panhandling bans rose by 43 percent, according to the National Law Center on Homelessness and Poverty.

Advocates such as the American Civil Liberties Union frequently challenge these laws in court. Judges often strike down such laws on the grounds that they violate constitutionally protected rights, such as the freedom of speech or due process.

Not only do we and other legal experts find these laws to be unconstitutional, we see ample evidence that they waste tax dollars.

Cities are aggressively deploying law enforcement to target people simply for the crime of existing while having nowhere to live. In 2016 alone, Los Angeles police arrested 14,000 people experiencing homelessness for everyday activities such as sitting on sidewalks.

San Francisco is spending some US$20 million per year to enforce laws against loitering, panhandling and other common conduct against people experiencing homelessness.

Jails and prisons make extremely expensive and ineffective homeless shelters. Non-punitive alternatives, such as permanent supportive housing and mental health or substance abuse treatment, cost less and work better, according to research one of us is doing at the Homeless Rights Advocacy Project at Seattle University Law School and many other sources.

But the greatest cost of these laws is borne by already vulnerable people who are ticketed, arrested and jailed because they are experiencing homelessness.

Fines and court fees quickly add up to hundreds or thousands of dollars. A Sacramento man, for example, found himself facing $100,000 in fines for convictions for panhandling and sleeping outside. These costs are impossible to pay, since the “crimes” were committed by dint of being unable to afford keeping a roof over his head in the first place.

And since having a criminal record makes getting jobs and housing much harder, these laws are perpetuating homelessness. 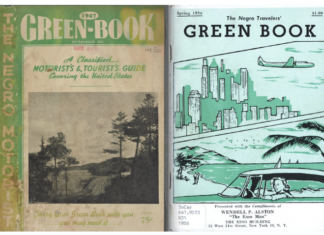 Staff Writer - July 21, 2018
Cotten Seiler, Dickinson College In the summer of 2017, the NAACP issued a travel advisory for the state of Missouri. Modeled after the international advisories...

A new dawn over stormy seas: how Labor should manage the...