In a recent article in The Times Magazine, the notorious drug dealer Howard Marks talked about his terminal bowel cancer.

Howard Marks is sure about one thing: his lifestyle is not to blame for his predicament. ‘It quite clearly isn’t’, the 69-year-old says …

This theorising raises an interesting issue, that when making sense of health and illness there is a tendency for people to assume a direct association between the pathological irritant, for example alcohol or smoking, and the part of the body affected.

In fact, the International Agency for Research on Cancer (IARC) has classified alcohol and smoking as causes of bowel cancer. Bowel cancer risk is 21% higher in people who drink around 1.5 to six UK alcohol units per day, compared with non or occasional drinkers, and 17-21% higher in current cigarette smokers compared with never-smokers. So the link is there, but is it clear? If people can’t make sense of the link between their lifestyle choices and the damage caused inside their bodies then they may not heed important health promotion messages.

Sometimes there is a clear and direct link. Let’s take as an example smoking. Generally people accept that the smoke drawn into the body is carcinogenic. It follows that smoking would cause cancer in parts of the body that this smoke has direct contact with, such as the mouth, throat and lungs. Health promotion messages which highlight the risk of getting these types of cancer as a result of smoking therefore contain a reasonable assumption, that people understand and therefore accept, that stopping or cutting back on smoking reduces that risk.

What about though when the link is less plausible or “coherent”, such as with the bladder, cervix or, as in Marks’ case, the bowel? An interesting study by Bishop and colleagues demonstrated the potentially important role of coherence in this context. They found that giving women smokers with abnormal smear results a detailed explanation about how smoking causes cervical cancer increased their levels of coherence.

What is more, those who received this explanation subsequently showed higher intentions to quit smoking compared to a control group – and it was this increase in coherence that was found to be responsible. These findings suggest that any health communication aimed at achieving behaviour change should aim to provide a clear and simple explanation of the relationship between health behaviour and the relevant illness and disease. Without it, messages may fail to be effective.

A collage of beliefs

It is natural for people to want to make sense of their health and their bodies. It has been argued that people hold “mental models” about health and illness in their heads, pieced together from various sources of information, observation and experiences. Their richness and accuracy will vary to a greater or lesser extent, and the beliefs they contain will predict behaviour.

These mental models are less likely to contain an explanation for the link between behaviour and preventable illness where this is less direct, tangible or able to be pieced together in a common sense way. A forerunner to the Bishop research was a 2002 study by Marteau, Rana and Kubba. They reported that few women receiving treatment for a cervical abnormality had any idea how smoking might affect the cervix:

I haven’t got any idea about how smoking a cigarette in your mouth can cause you problems downstairs … Lung cancer, yes, I can understand but cervical cancer … I can’t see the connection myself.

The way in which we make sense of health and illness affects the actions we take to protect ourselves. If this is out of kilter with conventional wisdom then people may make poor choices or indeed fail to take any action at all.

Those wishing to promote healthy choices therefore, be it a GP with a individual patient in front of them, or those designing health promotion, should first identify whether their audience has an accurate understanding of how the recommended change is going to have a protective effect, and then to provide this if necessary. This is especially important where the link is less direct, clear or seemingly plausible. 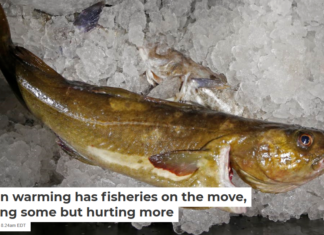 Staff Writer - August 22, 2019
Chris Free, University of California, Santa Barbara Climate change has been steadily warming the ocean, which absorbs most of the heat trapped by greenhouse gases...