The role of Desdemona, the devoted, loving wife murdered by her husband in “Othello,” wasn’t performed by a woman until 1660 – about six decades after Shakespeare wrote the play. This is because when Shakespeare was writing for the early modern stage, young men and boys performed all the women’s parts.

Numerous English theatergoers considered seeing women on the public stage for the first time a pivotal moment, including the civil servant and diarist Samuel Pepys. It was just one month after the first female actress played Desdemona that Pepys recorded “the first time that ever [he] saw Women come upon the stage.”

King Charles subsequently issued a royal proclamation to make it official: “Wee doe … permit and give leave That all the woemens part to be acted in either of the said two Companies for the time to come maie be performed by woemen.”

I have thought a lot about why men performed women’s roles because I research how pregnancy was represented on the early modern English stage during this period of all-male casts. The restriction has long puzzled scholars, mostly because no clear legal statute prohibited it, and women acted professionally in other countries during this period.

Also, women could perform in other venues, such as masques, where dance, music and spectacles were enjoyed by aristocrats in England during the 16th and 17th centuries, and country house entertainments – short plays that were staged for the queen and performed at country estates.

It’s possible that women were allowed to perform in these settings because they were more private and associated with an elevated class status. There was something inappropriate, however, about women professionally acting on the public stage.

These restrictions on women may be related to some of the negative views of acting in general, summarized in Puritan writer William Prynne’s declaration that “popular stage-playes are sinfull, heathenish, lewde, ungodly spectacles, and most pernicious corruptions.” According to many anti-theatricalists, plays were “sinfull” because they promoted pleasure and encouraged people to watch an “ungodly spectacle” rather than working or attending church. For women in particular, it was generally deemed indecent to participate in and make money from such public performances.

Even though many writers condemned the practice of men’s wearing female attire on stage, to them it was still preferable to having women become public spectacles on the professional stage.

Although women weren’t on stage during Shakespeare’s lifetime, they were involved with theatrical productions in other ways. For example, they made and altered costumes, collected admissions fees, sold food and other goods used in the theater, and even owned playing houses.

Since Charles’ declaration that women’s parts “maie be performed by woemen,” women have played an increasingly diverse role in Shakespearean theater – including playing lead male roles.

These gender reversals are a reminder that much has changed since men and boys played all the women’s parts, and that much more will continue to change as society grapples with questions about gender, identity and performance. 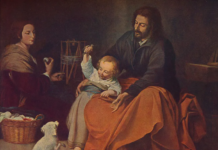 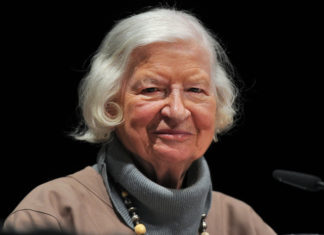 Staff Writer - November 29, 2014
By Rebecca Stewart, Bath Spa University The news of P D James’s passing has inevitably prompted me to consider the Queen of Crime and what...

China is on course to build the best cars in the...