Running on a shoestring budget, Future in Our Hands-USA helps people living almost 7,500 miles away in Kisumu, Kenya, get clean water from new wells. The tightly focused and volunteer-driven nonprofit based in Clarence, New York, also encourages school attendance by paying fees and lends money to local women’s cooperatives.

More than 11,000 do-it-yourself (DIY) aid groups like this one scattered across the country power small-scale development initiatives. Given how much of their work is an unpaid labor of love, it’s hard to gauge their impact.

With U.S. funding for overseas economic and development projects slated for deep cuts – the Trump administration’s proposed budget would slash foreign aid and diplomacy spending by 28 percent – will this kind of giving ramp up as concerned Americans seek to fill needs abroad that their government won’t? My own research suggests that steep cuts would further motivate American donors and volunteers to engage in small-scale development initiatives.

‘Altruism from afar’ powers the spread of MONGOs

Linda Glaeser, one of Future in Our Hands-USA’s founders, first traveled to Kenya with her niece, a teacher who had volunteered in Kisumu, a city on the shore of Lake Victoria. Glaeser says she was saddened when she saw children facing health problems that were directly related to the lack of access to clean water. She decided something needed to be done.

“I might not have specific skills, but I have heart,” says Glaeser, a physical therapist who lives in Clarence, a Buffalo suburb with about 31,000 residents.

Like many small aid groups of its kind, Glaeser’s group has no paid staff. It pumps 97 percent of the money it raises annually, about US$45,000, into its Kenyan projects. The rest covers operating expenses like website maintenance and bank fees. As with most DIY foreign aid groups, most of its board members and donors belong to the Glaeser’s personal and professional networks. Accountability stems from trust and relationships in the absence of formal mechanisms.

Spurred by the acceleration of globalization in the 1990s, DIY aid groups – sometimes called MONGOs, as in “my own nongovernmental organization” – are growing more common.

Sociologists Ann Swidler and Susan Cotts Watkins call this trend “altruism from afar.” These initiatives differ from traditional foreign-funded aid because volunteers do most of the work. Most lack formal training in international development or nonprofit management.

The number of amateur-run global do-good groups based in the United States is soaring.

International development professor Allison Schnable at Indiana University, Bloomington, estimates that there were more than 11,000 of them in 2010, up from 1,000 two decades earlier, operating in every state in the nation. Nearly 60 percent of these initiatives had an annual budget below $25,000.

The spread of mobile devices and digital communications tools in countries rich and poor since 2010, including Facebook and Whatsapp, has simplified the logistics of running DIY aid efforts. That means the current number is surely much higher.

Along with three Binghamton University doctoral students, I have identified 147 DIY foreign aid groups headquartered in New York state but located outside New York City – a traditional hub for bigger aid groups. Like Future in Our Hands-USA, these groups primarily specialize in water and sanitation, education and female empowerment. Among other things, we looked into what motivates Americans to donate their money and volunteer their time to these small-scale development initiatives.

For example, Educate the Children sponsors school scholarships and lends women small amounts of money to buy garden supplies in Nepal. The Ithaca-based group arose when its founder, Pamela Carson, visited Nepal in 1989 and wanted to help alleviate the poverty she saw there. Through appeals via social media and fundraising events, Educate the Children manages to give about $100,000 annually to its projects in Nepal.

Thomas and Liz Brackett founded the Brackett Refugee Education Fund after living with refugees in Thailand for six months as volunteers in 1997 and making yearly visits to do additional service-related work. The Hamilton, New York-based nonprofit aid group, also running on about $100,000 a year, covers school costs for Burmese refugee families living in India, Bangladesh and Thailand, as well as internally displaced people in Myanmar.

U.S. private giving in 2015 to international causes totaled $15.75 billion, 4 percent of the private donations charities of all kinds received, according to the Giving USA 2016 report, a publication of Giving USA Foundation, researched and written by the Indiana University Lilly Family School of Philanthropy.

Those aid flows complement the roughly $25 billion the federal government has long spent yearly on economic and development aid.

Americans donate most often in response to humanitarian crises, such as Nepal´s earthquake, the Syrian refugee crisis and West Africa’s Ebola epidemic. It’s unclear how much of the money Americans spent on aid supported small-scale development initiatives. Interestingly, while overall charitable giving grew 4 percent from 2014 to 2015 to a record $373.25 billion, international causes soared 17.5 percent, according to Giving USA 2016 data.

Fans of the DIY foreign aid “revolution,” as Nicholas Kristof called it in a 2010 New York Times column, tend to attribute the trend’s rise to the growing exchanges of people and ideas through international travel, study abroad, service and mission trips, Peace Corps stints and other experiences. The motivation behind these small-scale development initiatives has not previously been linked to official foreign aid spending cuts. Rather, it has been driven by very individual and personal experiences.

The future of US foreign aid

Small-scale development initiatives offer an alternative to larger aid efforts that development scholars and practitioners alike have criticized for failing to wipe out global poverty after decades of constant effort.

DIY aid’s low operating costs and its emphasis on personal relationships and long-term impact rather than short-term outcomes is inherently appealing to donors who want to know where their money is going and how it is spent.

But there are challenges to small-scale development initiatives. Their voluntary nature and tight budgets can oversimplify barriers to development. And while informal relationships based on personal networks can be considered a strength for donors, the long-term sustainability of these relationships has not been entirely tested.

Providing a channel for people who want to make a difference and take action with their time and money makes sense. However, more evidence is needed to assess their sustainability, effectiveness and comparative advantages over bigger, more professional aid organizations.

Can private individuals fill the foreign aid gap if Congress goes along with the Trump administration’s request to slash funding? Small-scale development initiatives and DIY foreign aid might be the best way for Americans to at least feel they are fighting global poverty. Whether or not it can fill the gaps produced by the pending government foreign aid cuts is hard to predict. However, there are signs that looming budget cuts are inspiring people like Glaeser to work even harder.

At their March meeting, Future in Our Hands-USA’s board planned a garage sale. If they meet their goal, it will raise several hundred dollars for projects in Kenya.

Whether the funds pay for a new well, cover transportation costs for HIV/AIDs patients or finance schools for girls, these residents of Clarence, New York will know they’ve made a difference for people who live a world away from them. 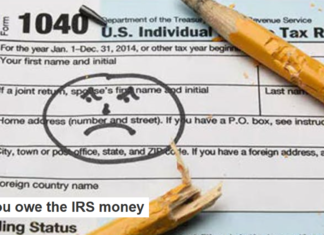 Staff Writer - April 17, 2018
Tameka E. Lester, Georgia State University Tax Day is finally here once more. If you’re getting a refund, lucky you. But if you owe the...

The journey to the other side of absolute zero