Human actions have taken a steep toll on whales and dolphins. Some studies estimate that small whale abundance, which includes dolphins, has fallen 87% since 1980 and thousands of whales die from rope entanglement annually. But humans also cause less obvious harm. Researchers have found changes in the stress levels, reproductive health and respiratory health of these animals, but this valuable data is extremely hard to collect.

To better understand how people influence the overall health of dolphins, my colleagues and I at Oklahoma State University’s Unmanned Systems Research Institute are developing a drone to collect samples from the spray that comes from their blowholes. Using these samples, we will learn more about these animals’ health, which can aid in their conservation.

The old ways vs. the new way

Today, researchers wanting to measure wild dolphins’ health primarily use remote biopsy darting – where researchers use a small dart to collect a sample of tissue – or handle the animals in order to collect samples. These methods don’t physically harm the animals, but despite precautions, they can be disruptive and stressful for dolphins. Additionally, this process is challenging, time-consuming and expensive.

My current research focus is on dolphin perception – how they see, hear and sense the world. Using my experience, I am part of a team building a drone specifically designed to be an improvement over current sampling methods, both for dolphins and the researchers. Our goal is to develop a quiet drone that can fly into a dolphin’s blind spot and collect samples from the mucus that is mixed with water and air sprayed out of a dolphin’s blowhole when they exhale a breath. This is called the blow. Dolphins would experience less stress and teams could collect more samples at less expense.

Some researchers already use drones to sample blows from large and small whales. But those animals are not easily startled and have huge blow fields that throw droplets far into the air and linger for a long time. Dolphin blows spray seawater, air and hormone-containing mucus from their blowholes at nearly 200 mph and last for about 0.3 seconds. Additionally, dolphins may have better hearing than humans and have eyes on both sides of their head that can see in both air and water. Good luck sneaking up on a dolphin.

Other teams have attempted to collect samples from dolphins using commercial drones, but it seems the animals’ movements limit the success of these attempts with these devices.

A lot to learn from hormones

When sampling the blow, we are looking for hormones in mucus as these can be used to gauge psychological and physiological health. We are specifically interested in hormones like cortisol and progesterone, which indicate stress levels and reproductive ability respectively, but can also help determine overall health.

Additionally, blow samples can detect respiratory pathogens in the lungs or nasal passages – blowholes evolved from noses after all.

This health analysis is especially important in areas with oil spills as the chemicals can cause hormonal problems that harm development, metabolism and reproduction in dolphins.

Hormone samples can provide scientists with valuable data, but collecting them from intelligent and unpredictable animals is challenging.

To build a drone that can stealthily collect spray from moving dolphins, we needed more data on their eyesight and hearing, and this is data that couldn’t be collected in the wild nor simulated in a lab.

We worked with dolphins at facilities like Dolphin Quest in Bermuda, which provides guests opportunities to learn about dolphins while allowing scientists access to animals for noninvasive research. Here the dolphins can swim away if they choose not to work with us, so we had to design the study like a game; the way a kindergarten teacher entertains a class. If the dolphins aren’t interested, we don’t get to do the science.

Over the course of hundreds of sessions, we sought to answer two questions: What can dolphins hear and what can they see around their heads?

To test dolphin hearing, we set up microphones and cameras to record dolphin behavior as we played drone noise in the air. We analyzed the responses to each noise – such as how many dolphins looked at the speaker – and used these as a proxy for their ability to hear the sounds.

To test vision, we mounted lights inside a Hobermann sphere – the expandable rainbow plastic sphere you can see in the video above – that we can turn on and off. The dolphins were trained to whistle when they saw a light around their head. By turning on one light on at a time – which you can watch in this video – we created a map of the dolphin’s field of view.

Next, we needed to understand the blow and a means to practice drone flights without a dolphin. To do this, graduate students built robodolphin, which includes a mechanical dolphin lung and replica of the blowhole.

To build robodolphin, we worked with dolphins trained to “chuff” or sneeze on command to measure spray characteristics. We used high-speed photography to see the dolphins’ breath as it moved through the air. Then we conducted high resolution CT scans of a dolphin head and 3D-printed a replica of a nasal passage.

Now, we have a complete robodolphin and are tweaking its sprays to be nearly identical to the real thing. This will allow us to determine how close we need to get to collect the samples, and therefore, how quiet our drone needs to be.

A bit of practice, then into the wild

In the next few months, we will test flights over robodolphin with existing drones to determine the timing and strategy for collection. From there, we will fabricate a low-noise drone that can fly fast enough and with sufficient maneuverability to capture samples from wild dolphins. Like a video game, we will use the visual field data to develop approach trajectories to stay in the visual blindspots.

We plan to test our drones on a truck-mounted robodolphin moving down a runway, then using a boat to simulate realistic conditions. The next steps will involve ocean testing with dolphins trained for open ocean swimming. These tests will determine if our devices can catch and hold the hormones as the drone flies back to a researcher’s boat.

Finally, we will deploy the system to collect data on wild dolphins. Our first goal is to test resident dolphins – animals that live on the coasts and deal directly with boat and oil industry noise – which will allow us to learn more about stress resulting from human impacts.

Those samples are a way off, but if all goes well we will have a specially built drone capable of flying long distances and capturing samples undetected in a few years. The samples collected will allow researchers to do better science with impact on the animals they study. 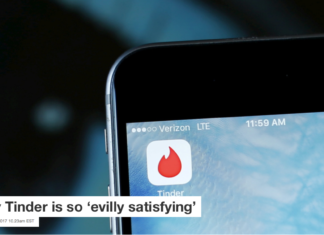